Duke University graduate John Giannuzzi has spent his 35-year career in Charlotte working for two public accounting giants. On April 1, he succeeds Theresa Drew  as managing partner of Deloitte’s Carolinas practice. Drew has had the post since 2010 and is retiring June 1 after 40 years at Deloitte. It’s one of the world’s largest private companies with nearly 300,000 employees. It’s also a big player in Charlotte’s business community. Giannuzzi discussed his promotion Tuesday. 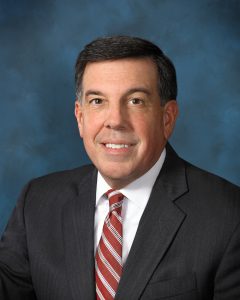 Tell us about your career.

I started at Arthur Andersen after finishing at Duke, and I worked there for 19 years. Obviously, Enron happened and a group of us made the move to Deloitte. It’s been a great experience for me. For the last six years, I’ve been the partner in charge of the audit group in the Carolinas and Tennessee, including Charlotte and Raleigh.

How big was the staff when you arrived at Deloitte?

It is a huge company with international revenue last year of $43 billion, including $15 billion in the U.S. We have four world-class businesses: accounting/audit; tax; consulting; and risk and financial advisory. They are each showing pretty robust growth.

The purchase of McColl Partners group in 2013 really helped our practice. It is probably Deloitte’s biggest investment-banking deal. Overall, our mergers and acquisitions business nationally is quite robust.

Why are you moving your offices to the Legacy Union development in downtown Charlotte?

We’re pretty landlocked in our current space in the Duke Energy Center, and we will be an anchor tenant in a new building that will open in December 2020, if all goes well. It’s in a great part of town, and our young people are going to love the vibe we are going to create.

What is your view of Charlotte’s economy?

The city is really getting into another gear now. You can just tell it’s hitting its stride. We were in neutral two or three years ago, and there was the Amazon situation [when Charlotte wasn’t selected as a finalist for the e-commerce company’s giant office expansion].

But just drive up the rail line to the NoDa neighborhood, see all the midsized companies trying to find a Charlotte home and look at the fintech development and vibrancy of the banks. We are maturing into a world-class city, though we still have our challenges.