Tom Stringer heads the New York-based site-selection and business incentives practice at BDO, one of the nation’s biggest accounting firms and operator of offices in Charlotte and Raleigh. He’s helped clients gain more than $2.2 billion in incentives over his career. We talked with him about Apple’s decision to put several thousand jobs in Austin, Texas. The decision cut deep in North Carolina, which thought it had the inside track on the tech powerhouse’s expansion.

Were you surprised North Carolina missed out?

It’s gotta really sting. This is one they thought they really had a chance, and I think they competed very well. Raleigh was definitely a good candidate. 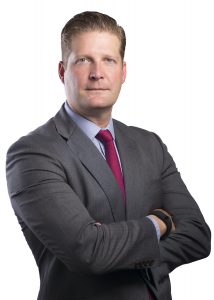 If you look at Apple’s current investment in Austin and the agreement they have in place there, doubling down there is a no-brainer for them. (Apple has more than 6,000 employees in the Texas capital.)

So why go through this process?

You have to validate a decision. I’m not sure of the type of work being done at the Austin campus, and most people aren’t privy to that because of nondisclosure agreements. Due diligence has to be conducted, but sometimes the answer is right in front of you.

There’s always a strategic reason behind these moves that is usually shared with the states. But the public and very few people don’t know what they are.

Any other reasons we didn’t get Apple?

The X-factor is missing in North Carolina. It is not hip or cool in the eyes of many millennials. You don’t yet have the defined interplay at the universities that leads to creating an economic system like Silicon Valley. You don’t see as many recent college graduates with high tech skills moving to the state. Those jobs are going to New York, Washington D.C., and other cities.

Can an X-factor be developed?

No question. Austin and Nashville developed it. Washington D.C., used to be strictly government and defense, and they have developed it. Silicon Valley didn’t just happen. There is a man-made solution.

States that consistently inject politics into business present a level of uncertainty that businesses tend to avoid. North Carolina is struggling with a bit of that image.

Aside from those two issues (political uncertainty and the missing X-factor), it’s a state that has a good man-made problem that can be fixed pretty easily. And relative to rest of the country, North Carolina is in terrific shape.

The state has an inordinate number of terrific assets: incredible universities; the benefit of being on the East Coast; a skilled workforce; beachfront and mountains; urban and rural cities. And it’s a place people like to go. It’s an easy place to relocate executives at the senior level.

What does Honeywell’s headquarters move to North Carolina show?

Everyone is concerned about a quality workforce, but not everyone is chasing the same workforce. Amazon and Apple are after the same workers. Everyone is looking for young talent, but the requirements are different than traditional headquarters talent. For other companies, hard engineering skills are more important than computer skills.

What is your view of incentives?

One of the benefits of our nation is that you have states and municipalities competing in terms of infrastructure, utilities, regulations, workforce skill sets, public schools and universities — they compete on all of those things. And incentives are just one component of controlling costs. They are incentives of projects that have to completed, not subsidies or giveaway.

Any effort to nationalize incentives is silly because the states are so competitive.