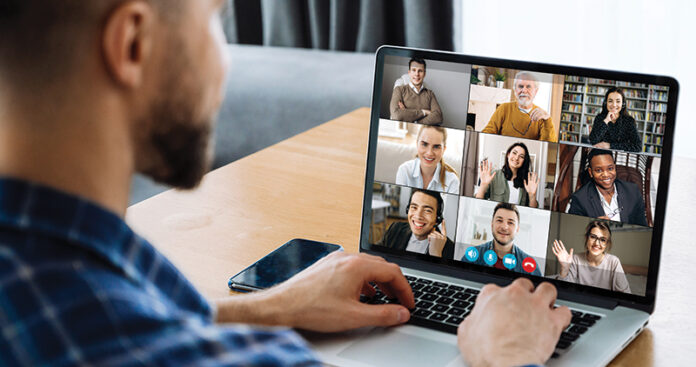 North Carolina companies are implementing and supporting diversity, equity and inclusion efforts. They benefit the businesses, their employees and the communities that they serve.

North Carolina tech industry stalwart Cree recently changed its name to Wolfspeed, marking a new focus on developing and manufacturing semiconductors. But it has long nurtured a culture of diversity, equity and inclusion. In September 2020, the Durham-based company cemented that commitment with a $4 million scholarship fund, which will pay the first-year tuition, room and board for as many as 10 minority students per year at North Carolina A&T State University.

Supporting diversity, equity and inclusion — DEI — is a company-wide effort at Wolfspeed, which employs about 5,000 people worldwide. Some of that is done through internal organizations, such as the Women’s Initiative Group, which advocated for accommodations for breast-feeding mothers, and Pride Employee Resource Group, which pushed for more gender-neutral bathrooms to serve transgender employees. “We tell the story of our diversity, equity and inclusion efforts by words and actions,” says Tamara Pearce, the company’s DEI director.

DEI shapes workplaces so all employees feel that they belong, says Donald Thompson, board of directors chairman at marketing agency Walk West and CEO and certified diversity executive of The Diversity Movement, both in Raleigh. “In an organization where everyone believes their voices are heard and they receive the same opportunities for advancement, this fosters a powerful work environment,” he says. “Not only is it the right thing to do, it also makes your business and your brand stronger.”

DEI is woven into the fabric of Charlotte law firm Moore & Van Allen. It involved staff members, partners, associates, counsel and equity partners when developing a wide-ranging diversity strategic plan a few years ago. “We wanted to build out short-term and long-term policies and strategies to move us forward and had a high level of employee engagement,” says Valecia McDowell, co-head of the firm’s white collar, regulatory defense and investigations practice, a member of its Management Committee and co-chair of its Diversity Committee. It eventually was folded into the firm’s overall strategic plan, impacting hiring, professional development and outside interactions. “We get many voices into this process through employee surveys, one-on-one interviews and focus groups,” she says.

Raleigh-based Coastal Federal Credit Union is a bastion for DEI by its very nature, says Joe Mecca, its vice president for communication. “Cooperative credit unions like Coastal historically have shared a common set of operating principles that foster diversity, equity and inclusion,” he says. “We make this a part of our values, and everybody who walks in the door, whether to work or do business here feels like they belong.”

Coastal added Creighton Blackwell to its management team in August 2020. He’s chief culture and impact officer, a senior management position devoted to building community rela-tionships and overseeing government relations. He also leads its recently formed Diversity, Inclusion and Belonging Committee. Its 15 members keep DEI top of mind in everything that Coastal undertakes. “The committee represents employees at all levels of our organization, and they are charged with DEI programming, training and finding ways to make everyone feel included,” Mecca says.

Thompson says creating an organic process designed by employees leads to DEI success. “People with different perspectives, different backgrounds and different life experiences can help organizations win the future, because they bring strong, diverse thoughts and innovation to the workplace,” he says. “It’s something that’s built into the way the company operates.”

DEI efforts are important in the bigger picture, too. “In terms of overall business development and economic development, think about some of the reasons we are seeing big wins in North Carolina,” Thompson says, listing recent relocation announcements by Google, Apple, Bandwidth and others. “These companies have a DEI mandate to operate in an environment where their employees’ partners, spouses and families are welcome in their communities,” he says. “Our ability to have equitable economic development in North Carolina gives us a significant competitive advantage to continue to recruit and retain some of the best and brightest companies in the world.”

DEI is part of Moore and Van Allen’s day-to-day practice, but it remains a work in progress. “As long as I have been practicing law, I have been working on this issue,” McDowell says. “We have made great strides as a law firm, as a profession and as a community and are now doing much better than we were when I entered the professional world. It is a challenge, but it’s one we are leaning into.”

Thompson agrees that every DEI advancement is a step in the right direction. But many steps remain. “DEI will always be a fact of life in this country, because we have such a long way to go,” he says. “Over time, we’ll see more and more companies that build it into the fabric of leadership development, recruitment, mentorship and how we grow the next generation of leaders.”

Community close up: Cumberland County, getting it done