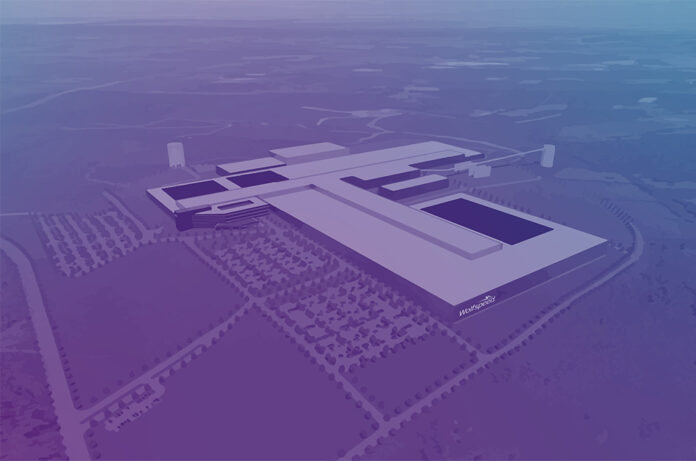 It is expected to be the largest plant using silicon carbide to make chips, a technology that Wolfspeed now dominates. Industry analysts expect silicon carbide chips to make up more than 20% of the power semiconductor market by 2027, versus 5% now, Reuters reports.

The first phase of the Chatham factory is expected to open in 2024 while the overall expansion is planned over eight years. It will eventually increase Wolfspeed’s manufacturing capacity by 13-fold, Chief Technology Officer John Palmour told Reuters.

The state approved an incentives package worth more than $159 million, including a Job Development Investment Grant worth $76 million if Wolfspeed meets its investment and job targets, according to a press release. State lawmakers allocated $57.5 million to support the project, which was not officially confirmed until today.

The Golden LEAF Foundation is providing $9.7 million to support improved water and sewer service to the site. The city of Asheboro is providing water service for the plant, aided by the state and Golden Leaf funding.

Jobs at the plant producing silicon carbide chips will average $77,753 over the next five years, state officials said.

Wolfspeed was part of a Durham company called Cree that focused light-emitting diode technology for many years. The two businesses split off in a restructuring led by CEO Gregg Lowe.

Wolfspeed had revenue of about $750 million last year and has reported $1.3 billion in net losses over the last four years as it gears up for rapid growth. Shares of its stock have more than doubled in the last three years, putting the company’s market value at more than $14 billion.

The Chatham site is outside Siler City, about 30 miles southeast of Greensboro and 55 miles west of downtown Raleigh.

“Wolfspeed’s decision further validates North Carolina as the epicenter of clean energy,” Gov. Roy Cooper said in a release. “This is another milestone in our drive toward a clean energy economy as it will boost electric vehicle manufacturing and offshore wind while fighting climate change and putting money in the pockets of every day North Carolinians with great paying jobs.”