Fast Company magazine’s second annual list of the 100 best U.S. workplaces for innovators includes many large, hot companies that are constantly in the news: Google, Microsoft, Abbott and, of course, Cary-based SAS Institute, our local favorite.

But a surprising second North Carolina-based company showed up on this year’s list: The Variable marketing company based in Winston-Salem, which has grown more than fivefold since 2013 and employs about 75 people.

Variable was chosen from 865 applications and a rigorous selection process that included notable judges such as former American Express CEO Kenneth Chenault. The magazine was impressed largely by the company’s emphasis on innovations, which has sparked launches of nine new companies over the last three years. 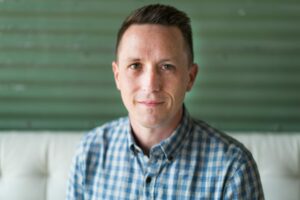 Those companies span a variety of industries unrelated to Variable’s core marketing business, which has worked with clients including Nestle, BASF and Duke Health. Perhaps the best-known startup is Sunshine Beverages, an energy drink company that is now controlled by Winston-Salem-based Teall Capital. Other new ventures include ROAMD, a network of concierge physicians, and Kabook!, a tech platform for creating customized children’s books.

President David Mullen credits Variable’s success at innovating to a systematic approach epitomized in its three-year-old Good Idea Fair program in which every employee is required to share an idea for a new product or service. The dozens of pitches typically lead to about a dozen “see me after class” awards that are then winnowed down to five ideas that the company seriously pursues.

If selected, the Variable agrees to help the project get off the ground and gives some money to the employee who came up with the idea. Three or four of the companies that Variable has launched came from the idea fairs. Mullen credits his fellow partners and the company’s founders, Keith Vest and Joe Parrish, for spending significant time working on the Good Ideas project.

Fast Money also liked that Variable is showing its clients and other companies how to make similar efforts to juice their innovation cultures. “Going through the exercise forces you to think differently and it helps you find the innovators in your organization, Mullen says.

While COVID-19 has rocked the marketing industry, Variable is managing through the difficult times effectively, says Mullen, who was part of Business North Carolina’s Power 100 list of influential N.C. business leaders. No furloughs have been made. “The crisis exposed flaws and gaps in some business models and service offerings, so we’ve seen many clients want to spend more time and resources on strategy and innovation efforts,” he says.

It’s become a cliche to say that you should never let a crisis go to waste, but there’s much truth in the concept given the unusual nature of the pandemic, Mullen says. “We’ve seen a lot of clients that have gotten out of the initial shock and are now turning their attention to strategy and innovation and expanding their business models. That’s the right thing to be doing.”