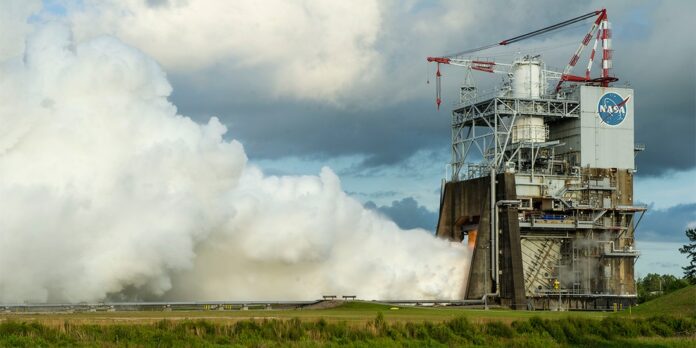 A Wilmington civil-engineering contractor is in line to get some work from NASA, where the coffers could grow because of the Trump administration’s enthusiasm for sending humans into space. Civil Works Contracting is among 24 companies chosen to participate in an eight-year program estimated to total $3 billion. The work could double annual revenue at CWC, which employs more than 100 full-time workers for infrastructure construction, says Chief Financial Officer Jeff Cole. (He wouldn’t disclose the company’s revenue.) Vice President Mike Pence said in October that space travel to the moon and eventually visiting Mars are important national priorities.

Formed by President Chris Scerri seven years ago, CWC is one of four contractors designated in the “historically underutilized business zone,” or HUBZone, category for the new NASA program. That reflects a Small Business Administration program encouraging large companies and institutions to work with small, minority- and women-owned businesses. The multiyear contract will pay for construction and improvements at NASA facilities in Alabama, Florida, Mississippi and Texas, according to an agency statement.

Federal contracting is old hat for CWC, which has been involved in five such pacts over the last three years, says Cole, who joined the company in 2015. The company’s clients have included CSX and Norfolk Southern railroads, the North Carolina Ports and various Department of Defense affiliates. Wilmington-based Vertex Rail Technologies spent more than $6.8 million with CWC on construction of its local plant, according to a Greater Wilmington Business Journal story in October. Vertex and CWC are now involved in litigation over disputed charges at the site.

nCino is expanding its Wilmington footprint, with plans to lease the new 40,000-square-foot Mayfaire VI building, its third office in the Port City. Construction is expected to be completed in 2018. With revenue growth of 562% from 2013-16, the banking-software company debuted at No. 189 on Deloitte’s 2017 Technology Fast 500 list of growing North American technology, life-sciences and other companies. “Making such a strong debut on this prestigious list is added validation that what we’re doing in this industry is really special, and it’s working,” CEO Pierre Naudé said in a news release. Spun out of Live Oak Bank in 2012, nCino employs more than 400 people. More than 175 banks and financial institutions use its software.

WILMINGTON — North Carolina Ports will add weekly service between Port of Wilmington and Guatemala and Honduras. The new route is the result of a partnership with Jacksonville, Fla.-based shipper Crowley Maritime.

WILMINGTON — Amanda Lee resigned as president of Cape Fear Community College. She joined the college as an instructor in 2003 and became president in June 2015. Executive President Jim Morton will hold the position in the interim beginning Jan. 1.

ROCK MOUNT — Jacksonville, Fla.-based CSX said it is re-evaluating its intermodal strategy, which could affect plans for a $270 million rail hub slated to open by 2020. The terminal is expected to employ about 300 people and could lead to the creation of more than 1,500 jobs in the state.