This story is also appearing today in the North Carolina Tribune.

While we still don’t know who attacked two electrical substations in Moore County or why they did it, it’s clear that it’s exposed a security vulnerability in our power grid.

“I’m always concerned about critical infrastructure, and I think we need to learn from this incident — because these kinds of things cannot happen,” Gov. Roy Cooper said during a news conference Monday. “We cannot tolerate this kind of wide power outage to so many people.”

WRAL News reported that just last month, another substation was vandalized in Carteret County, but the damage was more minor and the power was restored within a couple hours.

One image has stuck with me as I read about the Moore County attacks. It’s a photo of a broken gate at one of the substations. My colleague, The Pilot newspaper editor John Nagy, took the photo on Sunday morning and it’s been republished across the country. (If you haven’t been reading our sister publication in Southern Pines for the latest updates, check out their website for in-depth reporting on the situation.) 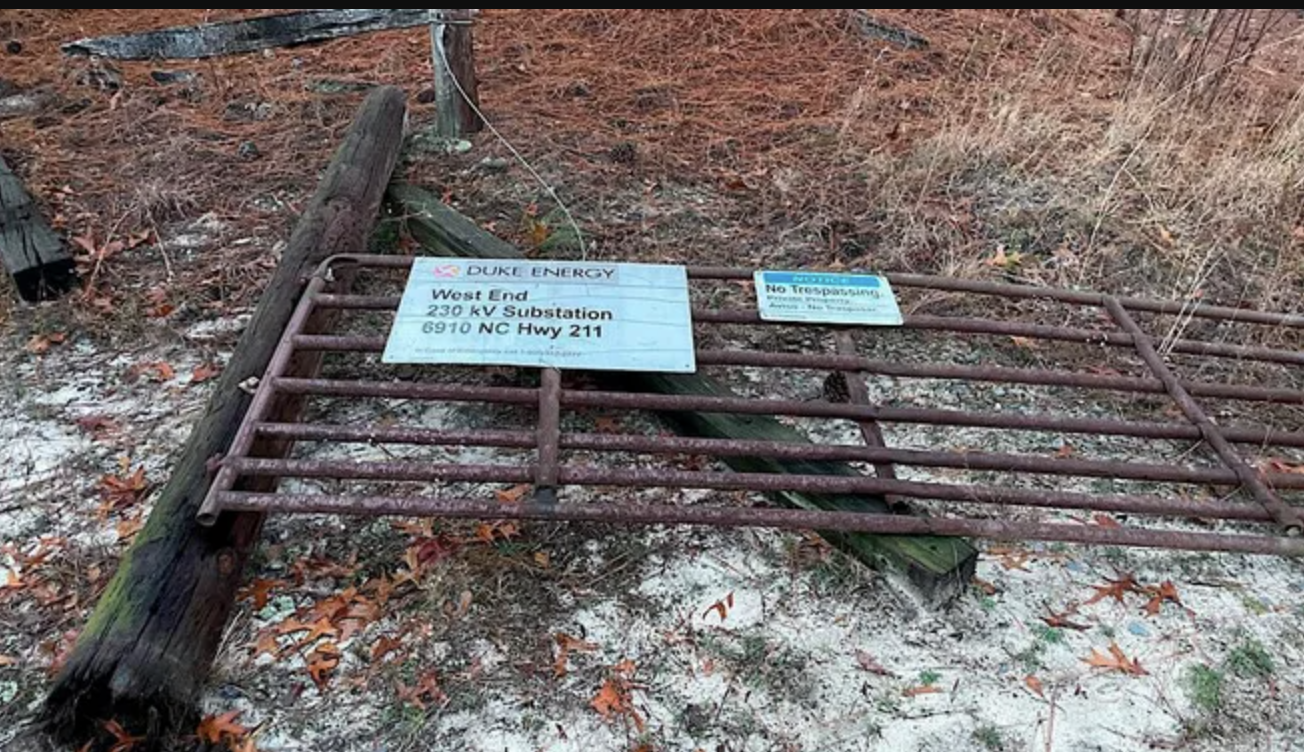 The gate looks like the sort commonly used by farmers to keep their livestock from escaping. Perhaps there was more fencing behind the broken gate, but you’d expect a more sophisticated barrier to keep people away from the equipment that powers an entire county.

At a smaller substation near me in Wake County, the equipment is clearly visible behind a metal fence next to a busy road. Some experts say substation equipment should be blocked from view, making it more difficult to shoot.

Duke Energy is understandably tight-lipped about its security measures, but I’m sure the company will review what happened in Moore County and take additional steps.

However, the monopoly is heavily regulated, and it’s likely we could see state legislators and the N.C. Utilities Commission take an interest too. The House has a committee on energy and public utilities currently chaired by Rep. Dean Arp, R-Union, while the newly elected Senate Majority Leader, Paul Newton, R-Cabarrus, is a former Duke executive who has led energy policy initiatives in his chamber.

The state is receiving a substantial amount of federal infrastructure funding. So far much of it has been directed to water and sewer utility projects, but it’s possible some could go to electrical security improvements too.