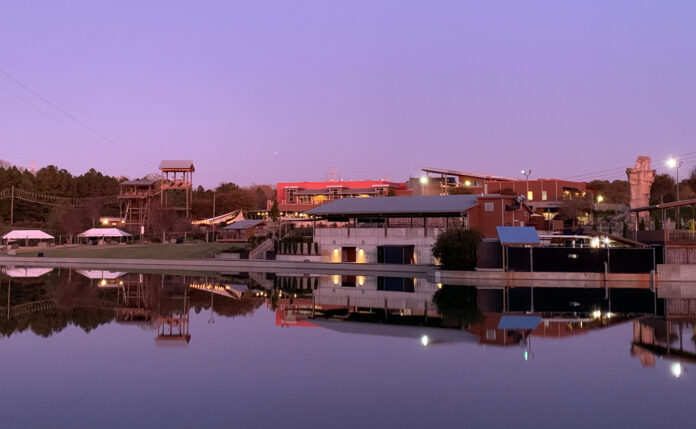 Charlotte’s U.S. National Whitewater Center is making good on its plans to expand regionally and beyond.

The nonprofit’s main venue is a west Mecklenburg County center that attracted 1.3 million visits last year, a record since its opening in 2001, says Jesse Hyde, the group’s brand director. Over the past year, it has opened Whitewater Santee in Huger, South Carolina and Whitewater Pisgah in Mills River, about 30 minutes from Asheville, with plans for Whitewater Grayson in southwest Virginia. The centers have a variety of accommodations and guide services and eventually will include summer camps and space for competitions and private events.

Whitewater also has signed a plan to operate the Long Lines Climbing gym in Sioux City, Iowa. And it’s added a website gravelmap.com, which compiles information on gravel roads for bikers and hikers nationally.

The growth is all part of the nonprofit center’s goal of promoting outdoor lifestyles, says Hyde. The center has invested several million dollars in the expansions, using internally generated funds, Hyde says.

“Whitewater’s focus is to identify, protect, and promote compelling destinations to get outside,” CEO Jeff Wise said in a press release.

Demand increased through the pandemic given outdoor enthusiasts’ desire for activity, while the Charlotte center is now seeing more private events including corporate gatherings and weddings, Hyde says.

The Iowa climbing center gives Whitewater a chance to expand its climbing expertise, which may lead to other expansion, Hyde says. The gym at the Sioux City Municipal Auditorium opens on June 12.