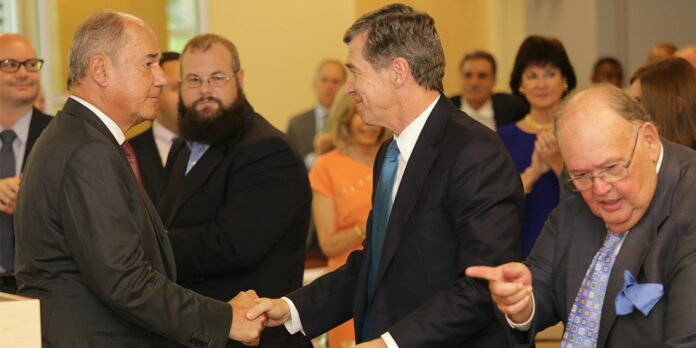 Economic development is a complex, often opaque process, with many divergent opinions on how it works. It’s nice to hear some straight talk on how things work.

Site-selection consultant John Boyd Jr., whose company has worked for Boeing, PepsiCo, PNC and other big businesses over the last four decades, isn’t shy about sharing his opinions. Though based in Princeton, N.J., he says he spends 70% of his time below the Mason-Dixon Line advising companies and economic-development officials on where to locate plants. The South is where the action is, and will continue to be for many years, he says, crediting low taxes, limited unionization, ample natural resources and a pro-business atmosphere. During a recent visit, Boyd shared some observations about North Carolina’s economic future. Among the highlights:

David Mildenberg - 06/15/2022 0
Someone wants to add toll lanes to the often-congested stretch of Interstate 77 between center-city Charlotte and the South Carolina state line. But that party doesn’t want its name in the public yet. So...
Read more
Share
Facebook
Twitter
Linkedin
Email
Previous articleSeven Carolinas stocks plunge 10% in the last week
Next articleJudges, Rep. Burr clash over election districts