Varner advances on the PGA tour 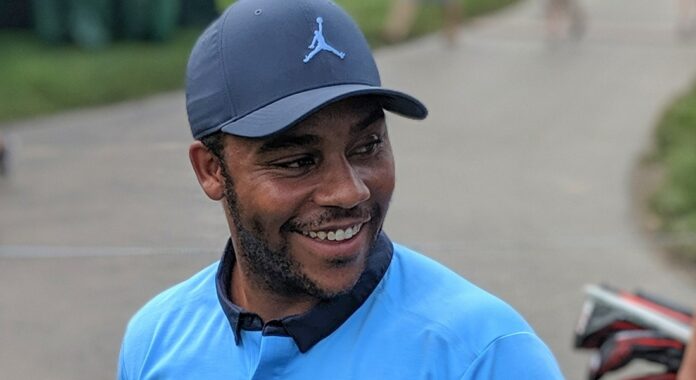 Harold Varner III has deep-rooted North Carolina bona fides that extend to elementary school, when he moved to Gastonia from Ohio. Varner picked up a golf club at age 6 and, with his father as his teacher and coach, quickly developed his talent.

Varner starred at Gastonia’s Forestview High School and East Carolina University, where he was the first Pirate golfer to earn Conference USA Player of the Year honors. Varner earned his PGA Tour card in 2016, the year he won the Australian PGA tournament. Varner, 29, has 11 top-10 finishes on tour, including third at last year’s Northern Trust in New Jersey.

At the 2019 PGA Championship, Varner was tied for second after 54 holes but shot a disappointing 81 to finish in a tie for 36th place. At The Genesis Invitational in February, he was tied for the lead during the final round but finished 13th.

Varner has a home in Lake Wylie, S.C., while he’s building a new home in Gastonia for his parents on a 16-acre parcel, complete with a driving range.

Comments have been edited for length and clarity.

► You’ve said your experience at Gaston Country Club in Gastonia was special. How so?

The members are great. I always was encouraged and had the opportunity to play all the time. It is a family there. Early on after I began working there, I asked [PGA pro] Bruce Sudderth if he would help me. I was very nervous, but he put me at ease and told me to show up the next morning ready to learn. For the longest time, he was the only person I’d ever taken lessons from other than my father. He taught me how to play golf, how to be a professional — and he obviously changed the direction of my life. I would not be where I am today without him.

► When did you realize that you could make a living as a pro golfer?

I would say my junior year of college. I started playing around the country, and I was playing well, so I just felt it was a no-brainer. I really didn’t have a Plan B. I majored in marketing in college but was focused on becoming a professional. I never applied for a job.

► What’s the biggest misconception about being on the tour?

I don’t think many people recognize how hard you have to work and how much effort goes into continually staying competitive. You have to continue to get better, to improve. Many [fans] come to events to have a good time, see beautiful places, but [for the players], it’s a business.

► What did you learn from your experience last year at the PGA Championship?

That I’m good enough [to win a major tournament]. I had a great opportunity to do something well, and to be able to be there was just super — kind of super cool. It was just a tough day on the golf course. I wouldn’t change a thing. It probably helped me out when I went and played The Northern Trust later that year. Just being able to be there and know that, “Hey man, it’s all right, you got this. Come on, this is why we play.”

► Is there added pressure playing at the local Wells Fargo Championship later this month?

► Is it true that Tiger Woods once snubbed you for an autograph?

Yeah, that’s true. It was called The Wachovia [Championship] then, and the [player access] was easier at the range. I was 12 years old at the time, just holding out my golf hat for him to sign, and he just walked right past me. I told him that story, and he just laughed and told me that’s probably the reason I’m on the tour now.