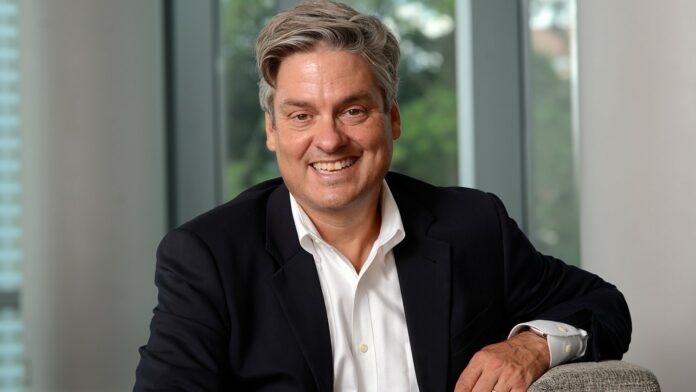 The latest Beige Book report from the Federal Reserve cited many supply chain problems encountered across a range of industries. I wanted to talk to an expert on how this problem is being addressed, so I called Dr. Rob Handfield, an N.C. State professor.

Handfield has spent three decades studying logistics and supply chain management. Remember, when the pandemic began to grip the nation 18 months ago and there weren’t enough masks, ventilators and personal protective equipment?  The federal government recruited Handfield for a task force assigned to find out why.  His insights appeared in Harvard Business Review a year ago.

COVID is still a massive global problem.  A Johns Hopkins estimate of 228 million current world cases is probably significantly lower than the actual number.  We started celebrating last December when the FDA gave emergency use approval for the Pfizer and Moderna vaccines because we thought that would get us out of this mess.  But a sizable chunk of the population has refused to get the shots in the U.S.; nearly a quarter of adults are unvaccinated, 30% of North Carolinians 18 and over. Monday, Pfizer said its drug is safe and effective for 5 to 11 year olds. These kids could start getting the vaccine soon, which would be a big deal, because school outbreaks and quarantines have been a significant problem in keeping folks on the job.

But in many countries, there isn’t enough vaccine. More than a third of the world’s countries have had less than 20% of their population receiving at least one shot. We are a long way from being done with this. This is why the Biden Administration is buying vaccine in massive amounts to ship overseas. If there is a smarter form of foreign aid, I don’t know of it.

It is difficult to talk about this from just a business perspective because the human toll has been so great. But the impact on people is a big reason it is such a business problem.

“So long as we have variants floating around — which we’re going to have until the whole world gets vaccinated — we’re going to continue to see disruptions,” Handfield says.

“I think there’s going to be a lot of problems here in the near future, and these are going to continue for sometime,” he says. “I don’t think it’s a matter of this thing’s going to be fixed right away.  It’s going to take quite a while.”

“I don’t think there’s any end in sight. That’s just my opinion on it.”

Globalization has transformed the world’s economy in recent decades, extending supply chains into many countries. This means that a lot of consumer products that we buy here are made elsewhere. But it’s not just the end products, like toys. A lot of components of products are  made somewhere else. American workers may assemble them in a product in a factory here,  but the manufacturing process starts in China or Taiwan or Vietnam or Mexico. Without semiconductors from Asia, U.S. auto plants shut production lines.

Globalization has been touted as benefiting American consumers (even though it cost us textile, apparel and furniture jobs) because it allows our companies to hold down costs, with many products and components manufactured in low-wage countries and delivered to our ports in ships stacked high with containers.

But this stretched-out supply chain has become disrupted by the pandemic.

One reason is that workers have been sick and factories and ports are struggling to keep up, here and around the world. “COVID is disrupting the labor force, and that’s what’s causing the disruptions in China,” says Handfield. This has caused problems particularly at Chinese ports. China’s “zero tolerance” strategy has shut down ports at the first sign of an outbreak.

Handfield wrote about this three weeks ago in a blog post for the Supply Chain Resource Cooperative that he established more than 20 years ago, explaining why there are so many product shortages.  He talked about the port of Yantian, a major export point for products headed to the U.S.  In late May, much of the port was shut down by Chinese authorities after five crew members on a container ship tested positive for COVID. By June, 160,000 40-foot containers were piling up at the port, a logjam that was dramatically captured in before-and-after satellite photos. Early May images showed a port whose docks were lined with ships. A month later, there were hardly any ships.  And that refrigerator you ordered may have been sitting in a container that wasn’t moving.

“Once a port shuts down,” Handfield wrote, “ships and containers back up, and this bottleneck is difficult to catch up with. There are also periodic port closures in other parts of the world, again due to the proliferation of the Delta variant.”

Then, there’s the container problem itself.  Products move in millions of steel boxes loaded at factories overseas, lifted by giant cranes onto ships, and then floated across the ocean to be delivered by truck or rail to our distribution hubs.  The problem started with the surge of imports 18 months ago when the pandemic hit. Restaurants, hotels, cruise lines, and movie theaters were all closed. Many of us were at home, buying products, not services. Stuck in our spare bedrooms, we were loading up on printers, laptops, TVs, and furniture. Containers flooded into the U.S.  But a lot of them never went back to Asia  to get refilled.

“They’ve all ended up here, because the balance of trade is coming from China to the U.S., so that’s why they’re all over here,” says Handfield, “and no one’s paying to [send] empty containers back to China.”

“Other than poultry and hogs, what are we shipping to China, really? Not a whole lot.” Not to mention that the trade war made China less inclined to buy American.

During World War II, FDR appointed a czar to manage the nation’s transportation network so tanks, bombs and other military supplies could get from factories to ports quickly.  I asked Handfield what might be something he would do if he were named America’s logistics czar with big powers. (This would be a good idea).

“I would pursue negotiations with China and say, ‘Look, let’s find a way to address this container situation.’ Maybe it’s coordinating or collaborating on collecting all the containers and getting them back to China, somehow. There’s a cost to doing that, but I think it’s definitely something worth looking at. A lot of them are sitting in rail yards. They’re sitting in yards behind manufacturing plants.  They’re just laying around all over the place. Again, it’s crazy, but that’s kind of what we’re looking at right now.”

Speaking of refrigerators, Handfield tried to order one in August and was told it would come sometime in December, if he was lucky. “The problem is they’re all made overseas, likely, or Mexico.  And there’s shortages.There are shortages of raw materials. There are shortages of steel. There is a shortage of truck drivers. Everything’s backed up now.”

“It’s COVID. People aren’t able to come into work, or they have a breakout in their family, or they’re worried they’re exposed so they can’t come in.”

And that’s why getting folks vaccinated is so important.  “That would definitely be a good start, if everyone gets vaccinated. Globally vaccinated, not just in the U.S.,” he says. “Start with the U.S. Let’s get everyone here and then go from there.”