Some rural areas in North Carolina have been getting faster internet service, but improvements haven’t happened fast enough for some folks. If you want to get a county commissioner going, ask about the internet, and you may learn in detail where it is slow, and how it is holding back economic development.

I believe that one divide between urban and rural folks in this state is that the city people have no idea how big a problem the lack of fast internet is in rural areas, and how many people can’t afford it.

And yet, there is progress. It is hard to see because during the pandemic, when kids were sent home from school, a spotlight hit the state’s internet and, particularly in rural sections, it was not ready for its closeup. We heard stories about kids doing their homework in school parking lots, next to buses rigged up with Wi-Fi. There was a story in Stokes County, about a funeral home offering to let kids use its Wi-Fi. (And I salute them. Don’t get me wrong.) It has been really easy to find problems.

For a big chunk of the past five years, counties were surveying their residents just to find out who had good internet and who didn’t. Local government had anecdotes, but a lot of them didn’t know. Every weekly paper had a variation on this headline: “County residents asked to participate in broadband survey.”

Once they started to get a handle on the geography and the numbers, the projects started in just about every rural county. A thousand homes here, 500 homes there.

The significance is that all over North Carolina, local leaders have spent the past five or so years learning how to solve the problem, and they’ve gotten help, particularly from a host of nonprofits. A catalyst was that the federal government and the state legislature came across with millions of dollars to help jump-start projects.

I talked about this recently with Jeff Sural, director of the state’s Broadband Infrastructure Office. Five years ago, the veteran lawyer-lobbyist took on the task of trying to encourage and help local officials and Internet service providers expand broadband to underserved areas. With no money and no regulatory authority. Eventually, his office would be in charge of administering state grants, which was real clout, but not in the beginning.

“Before the grant program, I used to say it’s all charm and smarts on our part,” Sural says.

One of the first things his office did was to get stakeholders involved, survey 3,500 local leaders about their broadband challenges, and come up with a plan, published in 2016. In 2018, the legislature agreed to spend $10 million for broadband grants to Tier 1 counties — the most economically distressed. 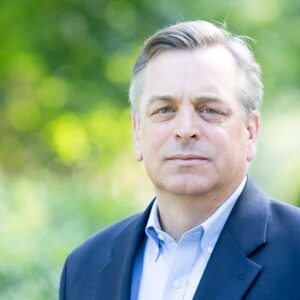 “That was couched by the General Assembly as a pilot program,” Sural says. ISPs and co-ops would apply in a competitive process. After the initial round, the legislature bumped the annual appropriation to $15 million.

Tier 1 counties tend to have broadband subscription rates below the state average of about 78%, according to the census. The median Tier 1 rate is about 65%. (Wealthy Wake County is almost 90%.) But the census has a very broad definition of broadband, incidentally, to include cell phones and DSL. So in many of these counties, the number who have the FCC-standard broadband of 25 mbps download/3 up, is less.

In fact, according to the broadband office, only 46% of the state’s households have access to the fastest level of service that sends data over fiber-optic cables. What this means is that in many places, the Internet doesn’t support Zoom classes, takes a long time for movies to play, and is of limited help to businesses.

The challenge is more than laying fiber. It is also helping families who don’t have computers or can’t afford broadband. There are programs to help, but it takes a lot of work to reach folks.

Sural thinks of the broadband map as “Swiss cheese,” with pockets of slow or no internet service “here and there throughout the state.”

Competition, and even the threat of competition, is the most effective way to improve service and infrastructure in these pockets, he says.

“I live in Raleigh. You have two providers, one a telephone company and one a cable company,” he explained. “And as soon as this fiber-only company came in and said they wanted to serve everyone, suddenly prices got better and terms of service got better and customer service got better. But market forces aren’t working and won’t work in certain areas of the state.”

One reason there is broadband investment now in places such as Columbus and Robeson counties, he says, is that several co-ops have received USDA grants, and between the USDA and state grants, “We’re seeing somewhere north of $65 million being invested in that area of the state.”

“Which is great.  But, otherwise, outside of those grants going there, I don’t think we would see that level of activity in the Sampson counties, or the Pender counties,” Sural says. “It’s kind of a tough nut to crack.”

It is. But I think that the pandemic has had an impact on politicians’ view of Internet access and affordability.

In October, Rep. Greg Murphy, a conservative Republican whose rural district covers coastal plain counties where internet service is spotty, told a group in Edenton:  “This is like electricity. This is something that needs to be part [of] a national effort and everybody needs to have full access.”

Then there was U.S. Secretary of Agriculture Sonny Perdue: “The pandemic really demonstrated the need for it. It’s not a luxury any longer in the modern day 21st century. It’s just as much of a necessity as electrification was in the 1930s,” Perdue said.

What we have seen in the last few years is a debate over what the internet actually is. Is it a luxury, or is it a utility? In North Carolina, the legislature has been willing to shell out money to help private internet service providers absorb some of the cost of digging trenches and putting up towers, but reluctant to give counties leeway to build out networks themselves and lease capacity to the ISPs. Recall how displeased the legislature was with cities like Wilson and Salisbury going into the internet business themselves a decade ago.

But these same Republicans represent a lot of constituents unhappy with their internet, if they can get it, and the lawmakers are no doubt weary of hearing about this constantly.

Our Democratic governor, Roy Cooper, from Tier 1 Nash County, apparently understands the politics of broadband. At a November press conference, after the coronavirus part, he fielded a question about a tangled up federal broadband grant, and after an involved explanation, said, casual-like, “In fact, I think we ought to have a bond that would put a quarter of a billion dollars into this effort.” Whoa. When I read that in a news story, I went to YouTube. There it was, 28 minutes in.

So we have had a couple of prominent Republicans talking about broadband like it’s rural electrification, and the governor talking up a quarter-billion-dollar bond issue.

A century ago, the Good Roads movement helped build support for the development of the state highway system and a big bond issue. Maybe we are at a similar inflection point with broadband.