Upfront: State steps it up in gambling, marijuana 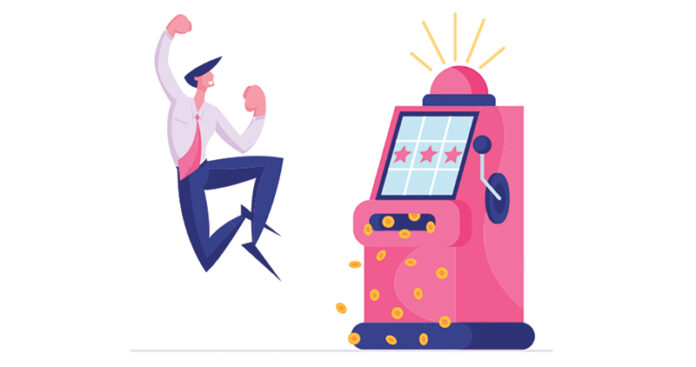 Welcome to our annual “Vice Edition,” or so it seems, with two in-depth stories on the potential for gambling and marijuana in North Carolina.

We learned in the process that none of us at the magazine have great expertise in either territory. At least no one is fessin’ up. My analytical streak, German heritage and Depression-era parents make me too much of a tightwad to throw away money on slots. I learned my lesson about weed during college days, when it was a normal part of the scene. My key memory was participating one Friday night and not waking up until Sunday afternoon. Life is far too short to lose a weekend.

Such anecdotes might seem comical, but Ed Martin’s story also explains the not-so-funny racial elements that are central to the marijuana legalization debate. Bias in prosecuting marijuana offenses has had a terrible impact, particularly among Black young adults who made mistakes and paid lifelong consequences. That could have been me.

It’s also interesting how Virginia’s legalization of small amounts of marijuana for personal consumption is prompting some N.C. politicians to press the issue here, albeit at a more measured pace that starts with medical use. N.C. Democrats want to win back legislative control from the Republicans, as occurred in the Old Dominion State in recent years. That has ushered in reforms for gun control, criminal justice, minimum wage, abortion — and marijuana.

Typical of the times, the government is playing a crucial role in both industries. Federal authorities cleared the path for the South Carolina-based Catawba Indian Nation to develop a casino across the state line. It was an act of political derring-do that once seemed incomprehensible — and still does to the Eastern Band of Cherokee Indians.

Shannon Cuthrell’s story hints at potential expansion of gambling elsewhere in the state once the Catawbas get entrenched. In late July, N.C. lawmakers were considering making it easier to bet on sports. Growth in gaming seems inevitable.

This edition also features a different form of gambling: the stock market performance of the 75 biggest publicly traded companies in our state. The results through June 30 paint a rosy picture with markets trading at record levels and many companies reporting surprisingly strong earnings through the pandemic.

During July, the CNBC television network ranked North Carolina second in its annual “Top States for Business” report. It was the state’s best showing in the study’s 13-year history. We may have topped No. 1 Virginia except CNBC added some “quality of life” criteria that included ratings related to inclusiveness, protections against discrimination and voting rights legislation. CNBC didn’t include the right to use marijuana, but maybe that’s coming next year.

In any case, inhibitions aside, I’d bet the farm on North Carolina’s future.