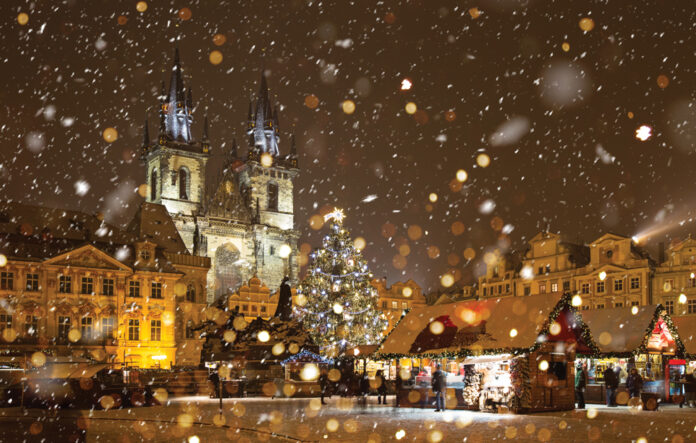 Interacting with inspiring folks is the best part of every job I’ve had. That remains truer than ever at Business North Carolina, where a group of talented folks are defying some challenging trends facing print journalism.

Unlike some industry peers, our enterprise isn’t relying on grants from the government or nonprofits. Our owners have picked the more traditional path of developing relationships with readers and advertisers to sponsor the work, for which we are grateful.

In addition to expertise in writing, editing, designing, selling and distributing, my colleagues impress me with stunning knowledge about movies. So in the spirit of the season, I asked them to share their favorite holiday films.

Creative Director Peggy Knaack wouldn’t be pinned down to one selection. She cites childhood favorites, “It’s a Wonderful Life” and “Miracle on 34th Street,” while her family favorites as a mom are “Elf” and “Polar Express.”

Scott Leonard, who oversees sales from Winston-Salem and Charlotte to the Tennessee border, favors “Elf.” He likes that both kids and adults enjoy the flick.

Columnist Dan Barkin is a movie buff, as his reports in our Daily Digest newsletter show. He picked “A Christmas Story” because as a kid in the 1960s, he listened to Jean Shepherd, a humorist who told tales on New York’s WOR radio station that heavily influenced the movie.

For help on movie trivia, Publisher Ben Kinney is your man. His favorite holiday movie is “It’s a Wonderful Life” because of the great characters, terrific story and a wonderful quote: “Remember, no man is a failure who has friends.”

My colleague Ebony Morman loves “Polar Express,” which she says she forces her husband to watch on Christmas Eve while enjoying hot chocolate and homemade cookies. She notes the movie has a phenomenal hot chocolate scene.

The big winner in our crowd is “National Lampoon’s Christmas Vacation.” It’s the favorite of  Melanie Weaver Lynch, our salesperson based in Raleigh; veteran writer Ed Martin; and Colin Campbell, who leads our N.C. Tribune newsletter.

Melanie says Clark Griswold shares some similarities with her husband. Ed has made the movie a family Christmas tradition since 1989. He recalls how the CEO boss sends Clark a subscription to the Jelly of the Month club rather than a bonus.

My wife, Janet, is the movie pro in our house, so I handed off my pick. She loves “The Holiday,” in which Cameron Diaz and Kate Winslet switch homes and fall in love with Jude Law and Jack Black, respectively.

We hope everyone has a great holiday.