Up front: Making a good sandwich 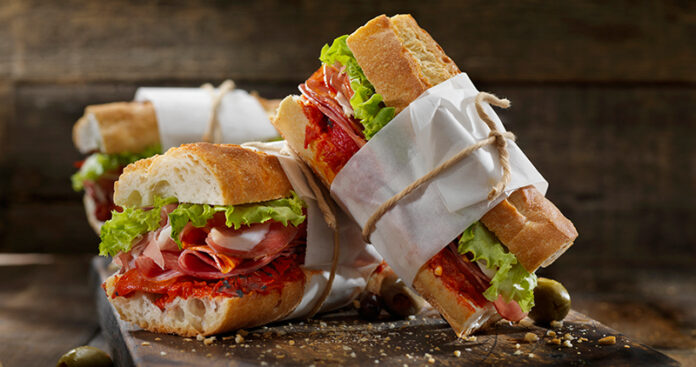 How a first job influences one’s life seems like a cliche, except so many people routinely cite that first dip into the labor pool as profound. That is evident as we asked winners of this edition’s Legal Elite feature to describe their entry into the work world.

I particularly enjoyed Rebecca Redwine’s comment about the importance of a good Subway sandwich for Granville County factory workers exhausted after their shifts. “That fast food job taught me so much about how to interact with people.”

Then there was Michelle Connell’s lesson from selling women’s clothing at a Chapel Hill boutique. “I learned we humans are weird, frail, complex little creatures.”

It seemed like the right question during a time in which bizarre things are happening in the work world, most notably the stunning number of people leaving their jobs by taking sabbaticals, early retirements, changing careers or just walking away. Quitting has become such a thing that this pandemic period is likely to also be known as the Great Resignation era, some historians suggest.

It’s also a time in which government assistance for not working reached unprecedented levels. In addition to promoting public health, that well-intentioned financial support was supposed to sustain people’s standard of living and the overall economy in the face of a terrible virus. Given the sharp increases in savings rates, corporate earnings and stock market prices, it appears to have worked.

Of course, paying folks with government checks while staying out of the labor market became a partisan debate that will never be resolved. I’m not taking a side on that issue, but it’s clear from the ubiquitous “help wanted” signs and billboards that workers have gained some influence because of a dire shortage of labor in many industries. That marks a major change after decades in which wages stagnated for most U.S. workers.

The shuffling work environment in which so many people try to strike a better work-life balance and more fulfilling lives is surely a healthy trend. Let’s just hope that the dignity of work and those first-job lessons of customer service and effective teamwork don’t get lost in the shuffle.

A couple quick notes about this month’s magazine:

— Ed Martin wrote a compelling cover story about the challenges facing North Carolina’s liquor industry, which shouldn’t surprise anyone familiar with his decades of exemplary work for BNC. But we’re particularly thankful to Ed because he developed this story while dealing with serious health issues, including some hospital time. To say that Ed has a Tom Brady-like work ethic is an understatement.

— Dan Barkin explains the importance of North Carolina’s unusual Golden LEAF Foundation in his bimonthly column. It continues Dan’s groundbreaking reporting on how economic development really works in our state, a frequent topic in his weekly Daily Digest newsletter column. (Sign up at www.businessnc.com). Dan has tracked North Carolina’s growth for more than three decades. We feel fortunate to publish his stories.

— We’ve switched our longstanding Town Square feature to Green Shoots, which will spotlight interesting stories about rural North Carolina communities. Jennings Cool kicks off the change by examining Statesville’s love affair with hot-air balloons. Please share your ideas for stories about enterprising people and projects in the state’s smaller towns.