Two years after United Community Banks bought Johnston County’s Four Oaks Bank & Trust Co., the Georgia-based bank is stepping up its ambitions in North Carolina with the recent opening of its first full-service branch in Raleigh.

The North Hills office reflects United’s ambitions to become a bigger force in N.C. banking, says Jim Rose, president of the company’s N.C. operations. He’s a veteran N.C. banker who had most recently worked for First National Bank and its predecessor, Yadkin Financial. 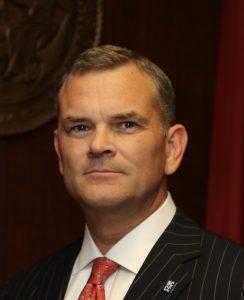 “We’ve seen great success in the communities surrounding Raleigh, but we have been looking forward to making a bigger impact in the heart of the city,” Rose said in a prepared statement.

United already does significant business in the state, reporting total loans of $1.1 billion, or about 12% of its total of $8.9 billion as of Sept. 30. Its 11-member board of directors include Jennifer Mann, executive president and chief HR officer at SAS Institute in Cary.

In November 2017, United paid $124 milion for Four Oaks, which had $730 million in assets and 14 offices in the Raleigh suburbs. Combined with United’s existing operations in western North Carolina, the company has about 33 offices in the state that employs about 260 people, says Rose.

United also has loan production offices in Charlotte and Greensboro with plans to have a full-service office in those towns within two years, he adds.

UCBI’s official headquarters remain in Blairsville, Ga., a small mountain town less than 20 miles from the N.C. line and 100 miles north of Atlanta, But its executive team led by CEO Lynn Harton is based in faster-growing Greenville, S.C., and much of the bank’s focus is expanding in the major cities of North Carolina and South Carolina.

Lowe, who has worked as a banker in the Raleigh area since 1986, expects the city’s rapid growth over the last five years to continue at a similar pace over the next five or so years.

“You have seen lots of out of state commercial banks want to come to Raleigh,” he says. “It’s a very competitive market and we are seeing very aggressive pricing, but we like competition and we think we can set ourselves apart.” 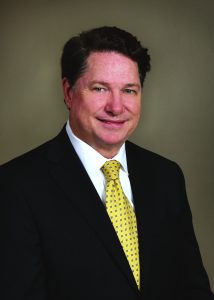 Asked about the impact of the pending merger of BB&T and SunTrust Banks, Rose offered a candid answer. “I think it will help because there will be one less competitor. It also helps that they are changing the name and everyone will have to get used to that. In some respects, it may give us a fresh start with some of their clients.”

In addition to his bank work, Rose is a member of the N.C. Community Colleges State Board, having served as finance committee chairman.