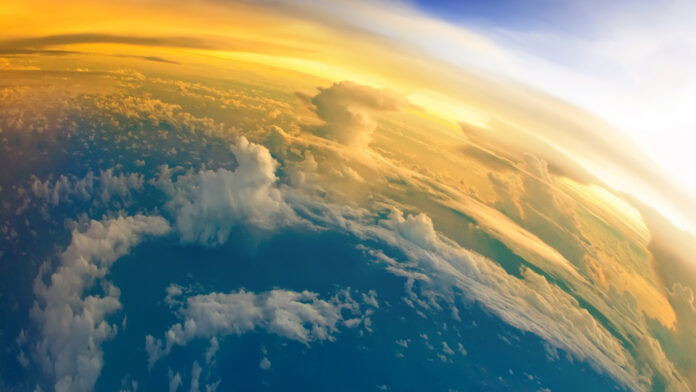 In an industrial park in Garner, two Ph.D.’s have built a company, Premirr Plastics, that takes recycling to a new level. The problem with recycling plastic packaging and used polyester clothing is that it only goes so far, and a lot gets tossed. What Matthew Parrott and Chris Luft have done, using chemistry and innovative technology, is break down the old stuff and basically make it new again.

What comes out of their system can be processed to make new bottles and new apparel. They have the backing of one of the largest manufacturers in Louisiana, which has provided key financing. Last March, Premirr was recognized by the Fashion For Good Global Innovation Program. Startups that can contribute to sustainable fashions have gotten increasing investor attention.

Premirr’s story is an example of what our universities do for North Carolina’s innovation economy. They attract faculty, researchers and grad students who have ideas for companies and help them get started.  Some of our most successful companies, such as SAS Institute, Iqvia and Wolfspeed, were started by academic entrepreneurs.

Parrott, Premirr’s CEO, grew up in Canada across the river from Detroit. In 2007, he earned a Ph.D. in chemistry from McMaster University in Hamilton, Ontario. He came to UNC to work in entrepreneur/academic star Joe DeSimone’s lab.

Parrott’s focus was developing nanoparticles that could be used in medical applications to deliver different payloads of drugs and fall apart in specific ways. In 2012, he was appointed an assistant professor in the UNC School of Medicine’s radiology department.

In his work at UNC, he collaborated with Luft, who grew up in Alabama and earned his Ph.D. in microbiology and immunology from the University of Mississippi Medical Center in 1996. Luft, who is Premirr’s chief operations officer, came to UNC and was a research professor in the Division of Molecular Pharmaceutics at the Eshelman School of Pharmacy.

“I was a chemist designing the molecules that were supposed to fall apart in cancerous cells or in the body,” says Parrott. “I would design the chemistry, hand the nanoparticles off to Chris, and Chris would do all the biologics.”

Parrott’s early research as a graduate student in Canada was in the use of dendrimers — synthetic, branch-like molecules— in drug delivery. “And to the dendrimer point, it was a polyester.  And every time I would put it into an acid bath or a base bath, it would fall apart. And it was frustrating for me. And I couldn’t get it to the size I wanted because some of the chemical conditions that I was using at the time would break it apart.

“And so even back in 2002, I’m like, wait a second, if I can break a polyester down from this massive dendrimer, this massive polyester polymer, why can’t I do this with water bottles?” Because plastic bottles — and polyester clothing — were basically the polymer PET, polyethylene terephthalate.

That question stuck with him, because he knew that the world had a plastic packaging and old clothes trash problem, and conventional recycling was only dealing with a fraction of it. A lot of it was ending up in landfills.

In 2014, Parrott won a research grant for early-career faculty, which gave him time to start thinking more about how to use his chemistry background to solve the PET problem. That led to the creation — with Luft — of Premirr, in 2017.

The goal was to chemically break down a polymer, a chain of molecules — into monomers, the simple molecules that make it up. Basically taking that used, nasty polymer apart with chemistry and heat until all that was left were monomers that were, for all practical purposes, good as new. Better — because no fossil fuel had to be used to make them this time, and they weren’t ending up in the trash.

This monomer could then be formed back into polymer and made into new bottles or clothing. A lot of people were trying a chemical process, says Parrott, but it was slow and costly, basically bigger and bigger containers, “which are like pressure cookers — you just put heat on them, get enough heat and temperature and pressure.”

What was needed was a continuous flow that could heat and cool down the liquifying material, and move polymer steadily into the system and monomer steadily out. Parrott and Luft learned how to build a continuous flow system from Industrial Microwave Systems of Morrisville. Parrott, who had been experimenting with a microwave in his lab as a heat source, had reached out to IMS, and Premirr used a KickStart Commercialization Grant award from UNC to see if their chemistry worked at scale. “Basically what we learned from IMS was not the microwave, but how to do continuous flow. What IMS was good at was moving liquids in and out of that microwave field real quickly. And they taught us how to do that, and then apply that to the chemistry that we invented at UNC.”

The key is to minimize the cost of inputs by, for example, reusing solvent. “We have to worry about the price of energy, the price of the solvent, and then the price of the plastic that we’re taking in,” says  Parrott. “If we don’t reduce all of those prices, we can’t compete. This system has been engineered to minimize all that.”

Particularly, they had to minimize the cost of what they were recycling. Premirr uses what Luft calls “challenging feedstock.” Clamshell containers that raspberries come in. Tiny plastic-bottle debris that typical recyclers won’t fool with. And old polyester clothing.

In one corner of their building are large cardboard bins filled with old clothes. What Parrott and Luft discovered is that there are brokers who buy what Goodwills and other donation enterprises can’t sell. The brokers remove the buttons and zippers and turn some of it into shop rags and the like. But a lot goes to the landfill.

They contacted a broker, and within a week, they had more than 7,000 pounds of old clothes.

In their system, the heat and solvent and catalyst take the PET-based material and liquify it, breaking polymer bonds,  “break it all the way back to a monomer,” says Luft, and what emerges is a clear liquid.  And when the mixture sits at room temperature, the monomer — which is more dense than the solvent, “will crash out of solution,” and can be separated from the liquid with a filter press.  “And it comes out as solid cake,” says Luft.

Right now, it has to go to a polymerizing company to convert it into a polymer, the PET resin, that is sold to bottlers or apparel manufacturers. When Premirr raises more money, it will be able to purchase the equipment to make that resin.

“The monomer has six customers,” says Parrott. “The resin has about 6,000 customers,” companies that make packaging and apparel.  “So once we can get to what’s called chip, we can sell it to your Cokes, your Pepsis, your textile mills.”

Premirr has gotten seed financing from New Orleans-based Laitram, which has more than $1 billion in sales with businesses including an Amazon supplier through its conveyor belt systems. Laitram previously owned Industrial Microwave Systems, selling it in 2021. The IMS connection is how Premirr got on Laitram’s radar.

“We had to take a hard look in the mirror and have long conversations with our families. And we realized if we continue down the academic path, we would likely have very successful careers, but will it be as impactful as what we can do with this technology?”

Adds Luft: “There’s 17 trillion pounds of plastic on the face of the earth today. Seven-ish percent of all fossil fuels being pulled out of the earth today goes to making plastic. We’ve developed a technology that can take 17 trillion pounds that already exists and make brand new plastic out of it. You never have to use another ounce of fossil fuel again. It’s all here.”