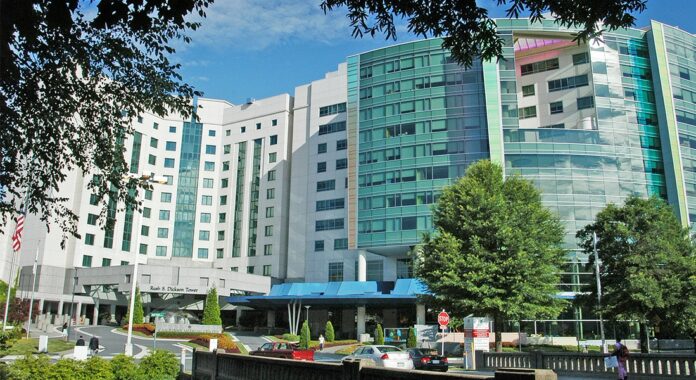 Of course, an early lesson in business school is that mergers are never truly mergers: Someone always winds up with the upper hand. Of course that will occur here, once university officials, state lawmakers and industry regulators have made peace with the transaction. To answer a Raleigh News & Observer headline, “Will the Triangle lose control to Charlotte as health care partnership takes shape?” — Yes, of course it will.

If you doubt that, read the profile  about Carolinas HealthCare CEO Gene Woods published in Business North Carolina’s March magazine. The Charlotte-based system’s board, led by Hendrick Automotive Group CEO Ed Brown — who helped NationsBank become a megabank before switching to cars — hired a 52-year-old, highly regarded CEO with a mandate to expand the $10 billion system built by predecessors Harry Nurkin and Michael Tarwater. (UNC Health Care CEO Bill Roper, one of Chapel Hill’s most highly regarded leaders, is 69.) This is Woods’ first big play here; there will be others.

We asked for information about the proposal and UNC responded promptly. Their answers are below. Two issues remain confounding:

Why not remain independent?
A. We are a strong organization and could have remained independent but believe we can do more for the citizens of North Carolina working together.
With the waves of consolidation reshaping health care across the country, UNC is best positioned if we find the right partner, rather than wait to see how the consolidation trend unfolds. The collaboration with Carolinas gives us more security in an uncertain world.

How do state officials/taxpayers know UNC is getting highest value for its assets?
A. No assets are being conveyed or “sold” and no money is changing hands. We will operate together but continue to own assets. We believe that a partnership with Carolinas is the best step toward creating a new organization that allows us to address North Carolina’s most pressing health care challenges and deliver world-class care.

Why not call this a merger, given CHS is triple the size of UNC?

A.: Carolinas and UNC have signed a Letter of Intent to join their clinical enterprises and collaborate to enhance medical education and research under a joint operating agreement. A merger suggests the two companies involved cease to exist and become a single organization. UNC will continue to exist as created by statute — while we will operate together, neither organization is going away.

How will this rein in health care cost and insurance inflation?
A: We have many details to work out and discuss – but our focus will be on how we can better deliver high quality care, increase access and improve affordability.

Why can’t UNC and CHS rein in rising health care costs — and stay economically viable — independently instead of jointly?
A: These are two strong organizations that could continue to exist independently – but we have concluded that we can do even more for our patients and the citizens of North Carolina by working together to combine the strengths of both organizations in care delivery, research and education of the next generation of providers.

Is UNC not concerned about the antitrust issues raised by state and federal officials concerning CHS?
A: No. That is an entirely separate legal matter involving Carolinas, which is committed to fair competition and has not violated the law. You will have to speak with them if you want further information.

How many board members from UNC and CHS will be on a combined board?
A: The full governance details of the operating company will be discussed over the next few months and determined as part of definitive agreements we hope to finalize by the end of the year.

Does the UNC Board of Governors have to approve this? Have they discussed it publicly or privately?
A: We have and will continue to advise the BOG on this proposed arrangement. We welcome their support for this exciting partnership.

Dr. Roper told Triangle Business Journal that health care is at “an inflection point” in which costs can decline. “Health care just costs too much right now,” he said in the interview. He cited opportunities to cut costs in purchasing and other back-office functions.

“I’ve been doing this for 40 years now … and I think we’re at an inflection point [at which] we really can be able to lower the cost of care,” Roper said. “Our nation and our state can’t continue to spend more on health care without compromising other things like education and economic growth.”

Medical services in Charlotte are 20% greater than the national average for some services, according to a 2015 study by Health Care Cost Institute, a Washington-based nonpartisan research group.