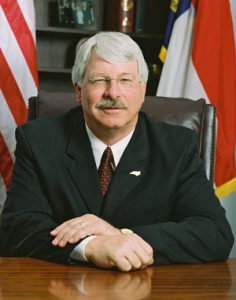 The big news most folks heard from the speech was Troxler’s confident announcement that we’ll have a State Fair this year in October. Last year was the first without a fair since World War II.  But  most of the speech was an overview of the state’s largest industry.

Ag is a big part of our economy at $92.7 billion, with 8.4 million acres planted in soybeans, corn, tobacco, sweet potatoes, cotton and other crops; millions of hogs, poultry and pork processing and food manufacturing. We are still the largest tobacco state, tops in poultry and egg receipts and the leader in sweet potatoes. We’re in the top three in hogs and pigs. Agricultural and food innovation research has a big presence at our land-grant universities, North Carolina State and North Carolina A&T.

“We continue to employ a fifth of the workforce,” said Troxler, commissioner since 2005 and re-elected in November.  “I think we’re on the cusp of becoming a $100 billion industry in terms of economic impact.”

“If you look in some of the large cities in North Carolina,” he said, “I think sometimes that’s hard for people to imagine.  But you don’t have to get far outside the cities to see the rural landscape of North Carolina, and the infrastructure and the agribusiness that goes on in North Carolina.”

A lot of this is not well-understood by the majority of North Carolinians – many of them newcomers who live in the urban counties – which is why the fair gets the headlines.

But the other story lines are about the strained relations with one of our biggest trading partners, China, and uncertainty about the new Biden administration’s agriculture, immigration and trade policies.

China is on everyone’s mind in the farm belt. Troxler noted that our pork exports to China were up 20%  last year.  “And quite frankly, if we had more freezer space in North Carolina it could have been up more.”

Much of what North Carolina farmers produce goes to world markets. The pandemic, and its impact on travel, has forced Troxler’s international trade specialists to find new ways to reach new markets. The department was preparing to hold a virtual trade show with prospects in Argentina.

“Secondary markets like Argentina were previously outside the budget that we have in the department,” he said. “But now, with everything we do virtually, it’s going to make them more accessible to North Carolina agriculture.  A normal trade show, we maybe get five companies involved. For this Argentina show, we’ve got 20 companies who will participate virtually.”

Joining Troxler on the Zoom presentation was Blake Brown, an N.C. State agricultural economist, who predicted a better year ahead for North Carolina farmers. 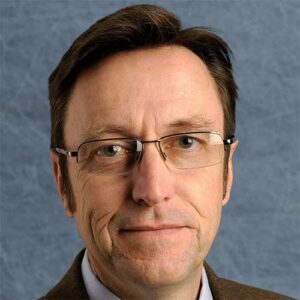 One reason is the exchange rate. During 2020, the dollar weakened against the Euro, which means one Euro can buy more U.S. exports. But it’s largely China. What happens in China is felt throughout rural North Carolina.

Soybeans were down in 2018 not just because of the trade war, but because African Swine Fever wiped out 40% of China’s hogs, which cut feed demand. But China needed pork and started escalating imports from the U.S., which Brown said “was really good for North Carolina in particular.”

Meanwhile, China has been trying to build back up its domestic hog production, and “that’s going to swing back to feedstuff because they certainly can’t grow enough soybeans and corn in China to feed this industry,” Brown said.

Flue-cured tobacco production in the U.S. dropped down to around 238 million pounds last year. With China purchasing U.S. tobacco again, “We’re going to see contracted pounds return to over 300 million pounds in 2021,” Brown said. “So that’s very good news for North Carolina, since we produce most of the flue-cured tobacco, and this is not only China but other buyers, as well, increasing their purchases for 2021.”

One of North Carolina’s agricultural success stories has been the sweet potato, with a variety developed around 20 years ago, the Covington, becoming a best-seller not only in the U.S. but in Europe. But that ran into tariffs imposed by the European Union on tobacco, sweet potatoes and peanuts because of an unrelated dispute over airline subsidies, said Brown, who spent the 2018-19 academic year as a senior economist with the president’s Council of Economic Advisors.

With the new Biden administration comes a significantly different approach to climate policy and immigration, with consequences for farmers. Climate policies could include incentive payments for carbon sequestration, which would be preferable to farmers than regulations. (This is a big deal at N.C. State, where the Department of Crop and Soil Sciences last fall announced $8.1 million in gifts to study how innovations in farming can reduce greenhouse gases.)  Brown suggested that farmers need to be engaged in the climate policy process.

A significant share of the farm workforce in North Carolina is immigrant H-2A labor. One question that looms is whether the Biden administration will shift focus away from immigration enforcement, resulting in what Brown called “a more porous border with Mexico.”

“It seems quite possible that that could be the case,” he said. “We could have an influx of foreign workers. Does that mean we’re going to see a return to use of undocumented workers, not only in agriculture, but other industries as well?” This could be a problem for operations that play by the rules, use H-2A workers, and pay federally mandated wages, only to be then forced to compete against operations that are using cheaper undocumented labor.

Troxler, who returned to Guilford County to farm after graduating from N.C. State in 1974, is an unabashed cheerleader for North Carolina agriculture. Part of his mission is to explain agriculture to the vast number of urban and suburban folks in North Carolina who didn’t grow up on a farm and don’t know how food shows up at supermarkets, restaurant tables and school cafeterias. This is an important conversation, because keeping North Carolina’s ag sector competitive requires infrastructure and support from the legislature.  He has to let folks in the urban counties know there’s more to agriculture than the State Fair.

And that’s what he did in his speech last week.

He talked about a growing world population – 2 billion more people by 2050 – that will need North Carolina crops, a challenge and an opportunity.

He talked about climate change in the context of the carbon-sequestering tree-planting promoted by North Carolina’s forestry program. In many ways, North Carolina is basically a forest interrupted by a scattering of cities, towns and farms. Around 60% of the state’s land area is covered by forests.  The forest-product industry makes up about a third of the state’s agricultural economy. The state’s forest development program helped plant nearly 13 million seedlings in the last fiscal year, and could plant a lot more if the funds were available, Troxler said.

He also talked about the value of  research to the farm and agribusiness economy.  One big investment is the Plant Sciences Building under construction at N.C. State’s Centennial Campus, targeted for occupancy in February 2022. Another is the North Carolina Food Innovation Lab, a plant-based food processing facility that opened in 2019 at the NC Research Campus in Kannapolis. Food manufacturing is a major employer in the state. Six years ago, a joint N.C. State-Ag Department study projected that North Carolina could add 38,000 more jobs and $10 billion more in economic impact in the sector by leveraging the state’s unique agricultural, processing and research know-how.

One result of all this R&D activity: Last month, an early-stage venture capital firm – Big Ideas Venture – launched a $125 million fund, starting with N.C. State, to identify promising  food and agricultural technologies, protein innovation and other university intellectual property that can be commercialized.

“Every dollar invested in agricultural research returns $19 on investment. I think any investor anywhere would love to have a part of that,” Troxler said.