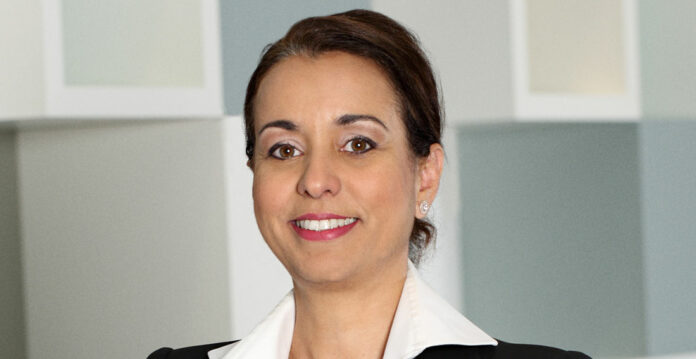 “The woman who cleans your toilet may be saving your life,” Ilham Kadri tells me during our 7 a.m. phone interview from her home in south Charlotte.

The link between cleanliness and health is an intensely personal one to the Sealed Air Corp. executive, whose maternal grandmother cleaned homes in her native Morocco. Kadri leads a $2 billion cleaning-products division for the company best known for making Bubble Wrap. She was preparing for what she referred to as another “world tour,” a trip to Thailand, Japan and Europe to visit customers, attend trade shows and tour factories. On the road about 200 days a year, she’s collected more than 1,200 business cards in her three years with Diversey Care. “That’s my professional life, and I love it. But I also love coming home to Charlotte.”

Kadri is one of about 1,200 Sealed Air employees making the transition from New Jersey to a new headquarters in the Queen City.  Sealed Air broke ground last June in the LakePoint Corporate Center, where it employs 595 people. By the time the company finishes moving in next year, the remaining 600 or so will be in place.

Caring about people who do the dirty work is a natural extension of Kadri’s job that encompasses food safety, facility hygiene, and cleaning and product protection. But it takes unusual compassion to rally support for housekeeping staff — the people at the bottom of the economic ladder. More than 70% of people who empty trash and clean toilets in commercial buildings are women, and half are illiterate. “I am determined to leave a heritage in our industry of helping women have better career opportunities,” she says.

Her empathy stems from her own girlhood in Casablanca, which looked nothing like Bogart and Bergman’s Casablanca. “I have a humble past,” she says.  Her maternal grandmother, who could not read, raised her and taught her to love books. “She was my whole universe,” says Kadri. “There were only three ways for a girl to exit Morocco,” her grandmother told her. “The first exit is to go to your husband’s house. The second is to go to the grave. But the third way is through education.”

Kadri chose the third path, moving to France to study chemistry. She later lived in Belgium, then Switzerland before joining Diversey Care in the Netherlands. She has worked in 13 cities on five continents.

“She is really someone special — the kind of personality one does not find twice in life,” Rafael Echevarria, Diversey Care’s global corporate communications director, said in an email from his office in Barcelona. “Ilham had a tough childhood, and her resilience is founded on really strong ethics and a personal ambition to help others overcome their challenges.”

True story: The inventors of Bubble Wrap first sold it as a textured wallpaper. Their creation was a flop until IBM needed to ship one of its first business computers, and the world soon discovered Bubble Wrap’s cathartic pop. Bubble Wrap has changed (no more pop, gasp!) and so has its parent company. Sealed Air gets about 22% of sales from product care, 48% from its food-care division and the remaining 30% from Diversey Care, which is led by Ilham Kadri. Change is paying off: Sealed Air shares traded near record levels in mid-May and have tripled since 2012.