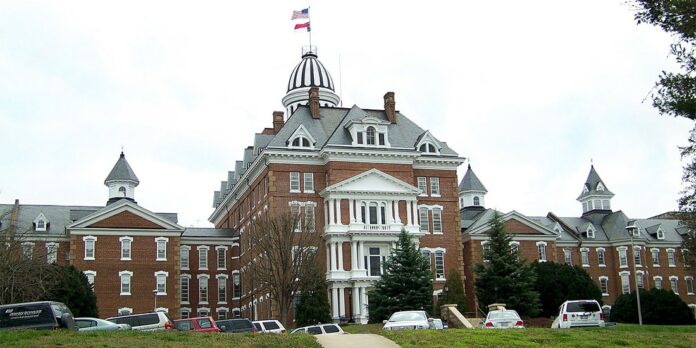 It’s said that if Charleston, S.C., added one more federal building, the peninsula would sink, a credit to a series of powerful lawmakers. In North Carolina, the same might be said for Morganton in picturesque Burke County, home to more state employees than all but two other N.C. counties.

Now, the city of 16,700 is prepping for another state institution that will boost the average IQ and the local economy. The N.C. School of Science and Mathematics, which has operated a Durham campus since 1980, is adding a $58 million Morganton site scheduled to open in 2021. The school will board about 150 high-school juniors and seniors, chosen for their smarts, and expand to 600 within a few years. They will join 100 teachers and staff and share some space with the adjacent N.C. School for the Deaf.

“The school is probably the biggest thing that has happened to Morganton since the decline of the furniture and textile industries,” says Mayor Ronnie Thompson. “We’ll have 600 of the brightest minds in the state living right here.”

Hefty state investment attests to a history of pork-barrel politics and a superb location along Interstate 40, about halfway between Asheville and Statesville in rolling foothills bridging the Piedmont and mountains. Institutions include a psychiatric hospital, a home for the mentally ill and two prisons, helping sustain the metro area, which has lost 20% of its manufacturing jobs since 2007.

“Burke is in a prime place to be one of the more rural communities in the state that has a chance to succeed in the face of trying times,” says Alan Wood, president of Burke Development Inc., the main industry recruiter.

Private-sector expansion is slow but steady, he says. Continental AG is investing $41 million at a 450-employee plant producing anti-lock brake systems. The German company plans to add 160 jobs over the next five years. Other local companies are adding 20 jobs here, 30 jobs there, Wood adds.

Morganton’s tourism appeal is also gaining, bolstered by downtown craft breweries Fonta Flora and Catawba Brewery. The latter pub was packed on a recent Saturday night with about 150 folks serenaded by a band playing ’80s rock. Nearby, Root & Vine bistro had a waiting list. In 2011, Aimee Perez and Brian Miller opened the restaurant in a 116-year-old building that had housed a five-and-dime store. They later added a wood-fired pizza grill and about 50 seats.

Unlike many small-town peers, Morganton’s downtown has stayed vibrant with a variety of boutiques, diners and offices. An unusual shop is Oak Hill Iron, where owner Dean Curfman makes unique wood and metal desks, tables and other furniture from the remains of large local trees. It complements his ironworking business and Big Blu Hammer Co., largest maker of handcrafted power hammers in the U.S.

Still, Morganton’s main economic engine is state government. Local prisons employ 300, the school for the deaf has 120 staffers for its 75 students, while the city also hosts offices of the Department of Revenue, Highway Patrol and State Bureau of Investigation, Thompson says.

The biggest influence remains Broughton Hospital, the 1,200-employee psychiatric facility that sits atop land purchased in 1875. The landmark Avery Building accepted its first patient in 1883 and housed 4,000 at its peak in the 1960s, says local historian Steve Baker, a retired hospital employee. “This was before you had nursing homes,” he says. “But there was always a stigma attached to the name.”

Since the ’70s, Broughton’s population declined as state officials opted for fewer referrals or lockups for those suffering severe mental-health issues and shifted services to community-based care. Advances in psychiatric drugs have sliced the need for long stays. Deinstitutionalization also cut the school for the deaf’s student body from a peak of 1,000 to about 75 now.

The hospital’s census is now about 285 in a campus built for thousands. With new regulations and changing treatments making its facilities outdated, former Gov. Mike Easley’s administration in the mid-2000s started planning a more efficient hospital on adjacent land, says N.C. Rep. Hugh Blackwell, a five-term lawmaker who represents half of Burke County. An irony, he says, is that the new facility will add about 75 more beds for patients with acute needs.

Sadly, the new hospital is among the most mismanaged capital projects in state history. Construction started in January 2012 with completion set for September 2014. The official finish date is now May 31, though Thompson and Blackwell say they’ll be shocked if it opens within two years.

The cause of the delay is the source of a complex dispute among the state, architects Perkins + Will and Atlanta-based Archer Western Contractors. State officials dispute a popular view that the new hospital was modeled after similar facilities on flatter land in Butner and Goldsboro, which caused engineering problems in the foothills.

In fact, Morganton had its own design and specifications. The contractor was terminated in April, then rehired in June after  it was deemed too expensive to find another builder. The state won’t pay more than its budgeted $130 million because it isn’t responsible for delays, says Mark Benton, deputy secretary of the N.C. Department of Health and Human Services. Local officials are dubious.

“Nobody at the state is sharing with me what might be the inside story, but I think we were out-lawyered by the people who drew up the contracts,” Blackwell says.

Eventually, the state and Morganton will have a stately and empty 134-year-old building, along with several other structures. City officials hoped to rehab the building for the new boarding school, but the project’s delay killed that idea, Thompson says. Instead, the N.C. Department of Commerce is studying best uses for the building and adjacent property. Offices, senior living, apartments and a hotel may fill the space someday.

The good news for Morganton is the certainty of a tech-oriented school populated by a future Gates. It will open on time and on budget, promises campus director Kevin Baxter. “With what has happened at Broughton, you can be sure we are uber-sensitive.”