Photo courtesy of The Peninsula Club

Golf arcades such as Drive Shack and Topgolf are having a moment, but don’t count out the traditional golf experience just yet. Courses across the state are investing millions in upgrades to keep golf devotees hooked, the most high-profile being Gil Hanse’s restoration of Pinehurst No. 4 .

Another course undergoing renovations is Ashe County’s Jefferson Landing, which is the pride and joy of the Vannoy family, who have simultaneously created a thriving construction business.

The North Carolina Golf Panel’s ranking of the state’s top 100 courses includes public, private and semi-private venues and is based on reviews by its 150 members, which include professional and amateur golfers, coaches and business leaders. The same 10 courses that led the list in 2018 topped it again this year, including kingpins Pinehurst No. 2 and Grandfather Golf & Country Club. The panel also ranks courses by region and other criteria such as “most fun to play”, the “best getaways” and “best practice facilities”.

The group’s ranking of the Top 50 Courses You Can Play  includes top picks for public and semi-private courses. New this year is The Cardinal by Pete Dye in Greensboro. Last month, owner McConnell Golf LLC renamed Sedgefield Country Club’s Dye Course and converted it to a semi-private facility. (Members still have preferred access.) Raleigh-based McConnell, which operates a dozen courses in the Carolinas and Tennessee, bought the course known as Cardinal Golf & Country Club in 2006, invested nearly $5 million on renovations, and merged it with Greensboro’s Sedgefield Country Club in 2013. 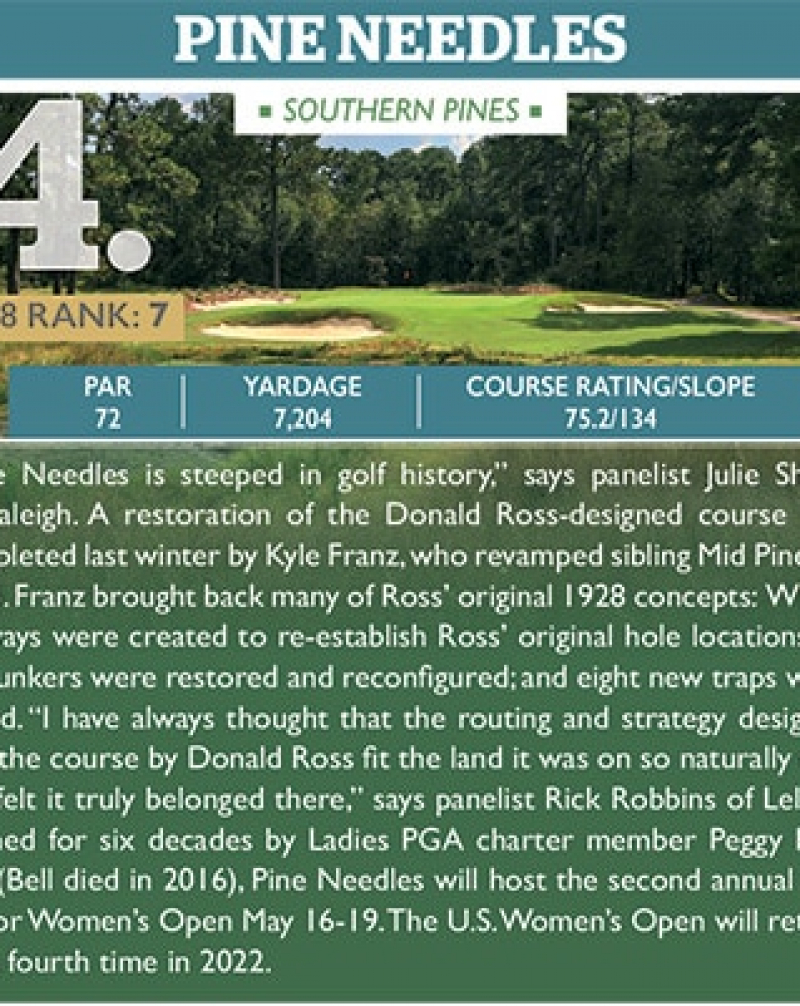 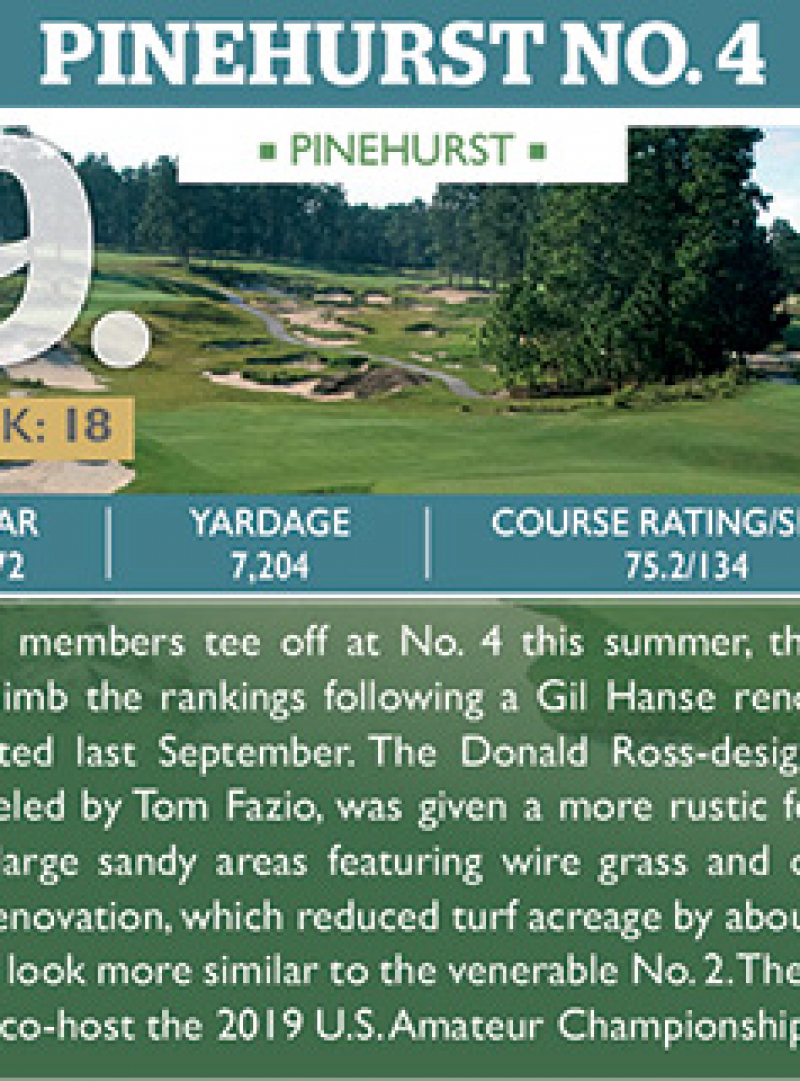 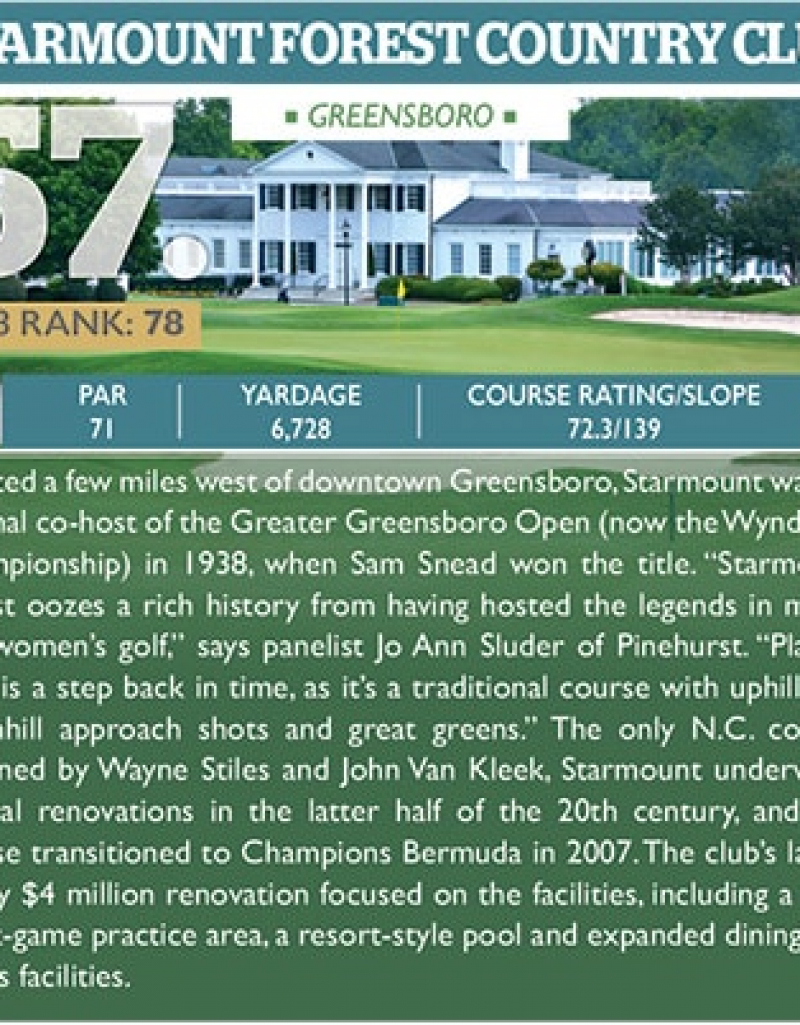 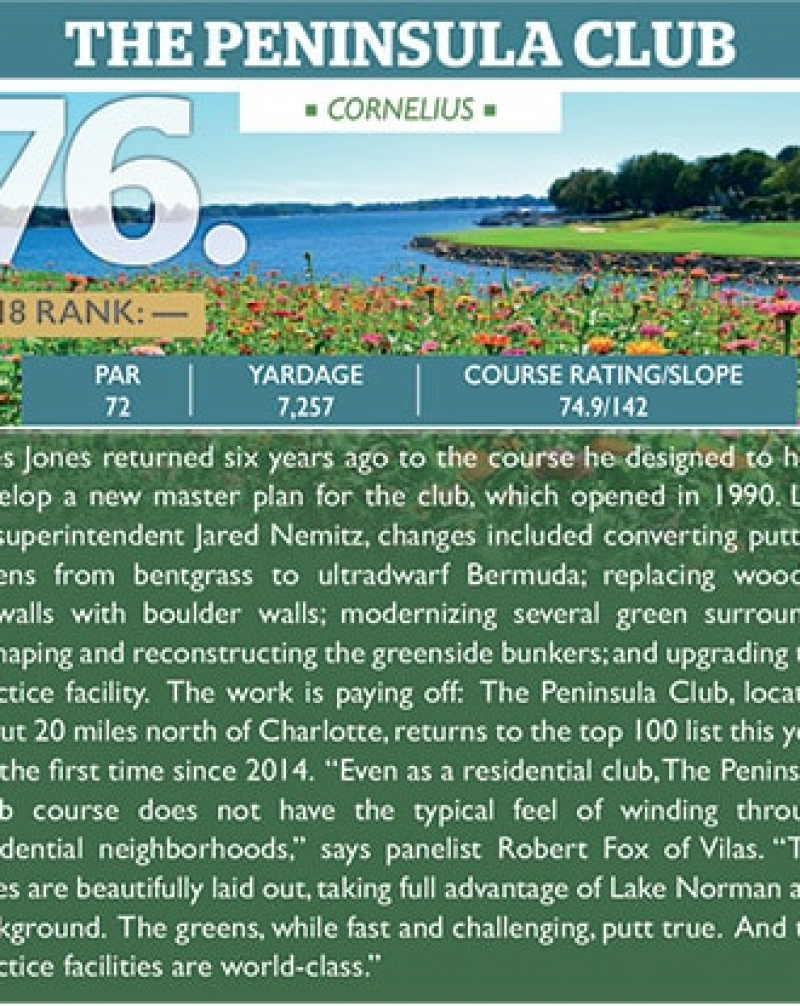 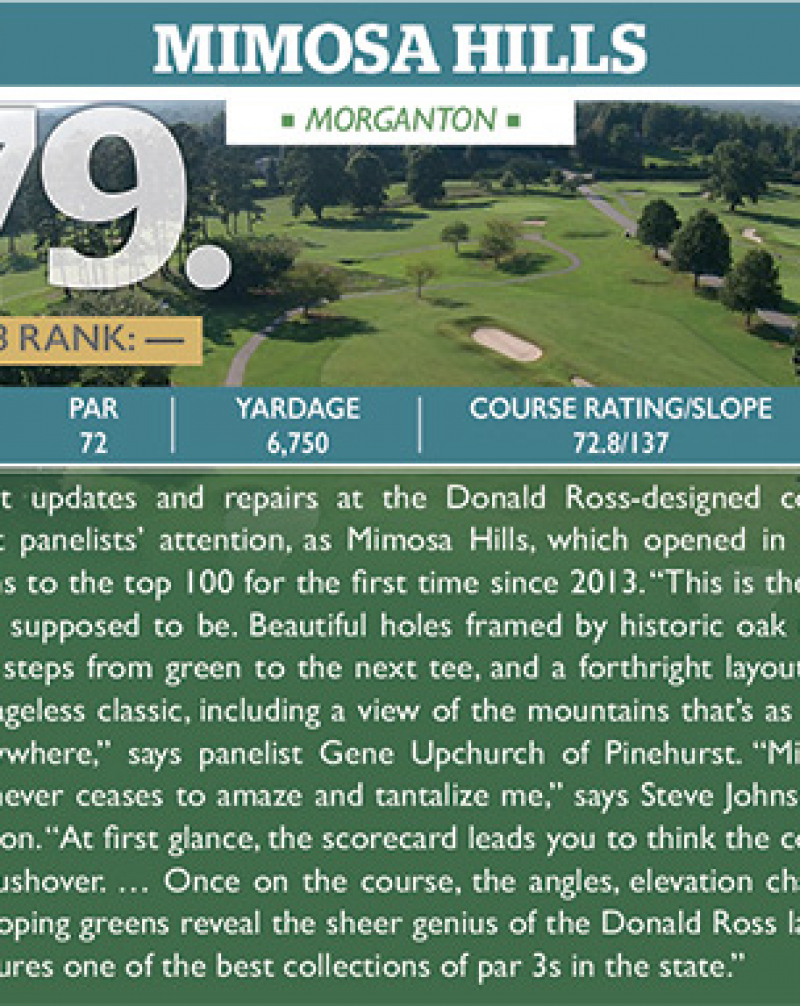 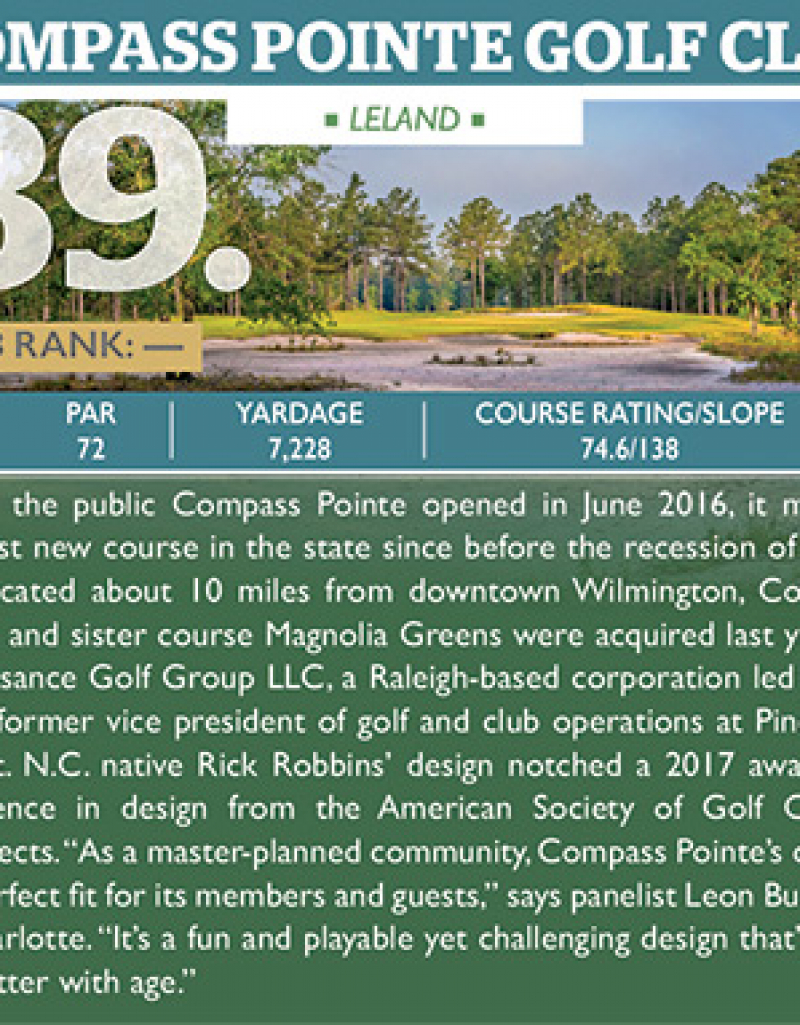