This job fair is a circus

Tech companies traded suits and a hotel ballroom for T-shirts and shorts at “The Cage” on Durham’s American Tobacco Campus. The companies weren’t even calling the shots at this job fair — job seekers were.

The ringmaster overseeing the stacks of free hot dogs wrapped in foil, acrobats in shimmering tutus, floating balloons and a crisp Bull Durham Beer Co. pale ale on tap was Chris Heivly, best known for co-founding MapQuest, the online mapping service that was sold to AOL in 1999 for $1.1 billion.

‘Does MapQuest still exist?’ Yes, it does, and it’s a profitable business.

These days, Heivly is running Big Top, a Durham recruiting company that has held 15 networking events in the last six years for about 80 different technology companies. Which is what brought him to Moogfest, the music-meets-technology festival that drew about 26,000 people to Durham in May. The night before the festival began, Heivly walked between networking tables, electronic music thumping, in a black top-hat, bright orange pants and black leather Chuck Taylors. At this “reverse” job fair, it was employers, not applicants, making the pitches, two minutes each for companies such as Adzerk, a Durham ad application programming interface company looking for engineers interested in programming language Clojure, and CloudFactory, the provider of cloud-based workforce services which touted international travel to its offices in the United Kingdom, Nepal and Kenya.

Companies don’t hold all of the leverage anymore, Heivly says. “I think job fairs are full of angst and bull, right? The whole transaction is a transaction. Let’s eliminate all of that.”

Dana Walker, 34, listened to a presentation by Oracle + Bronto, the name given to former Bronto Software after founders Joe Colopy and Chaz Felix sold to NetSuite’s parent company in 2015 for $200 million. Five days before Big Top, Walker graduated from a three-month coding class at The Iron Yard, a technology education company that offers web development courses, to learn programming language Python. Before taking the full-time coding course, she was working in sales at a downtown Durham bakery. The “Jane of all trades” wore a Batman and Robin-inspired T-shirt with business cards in hand and a smiley face drawn on her name tag.

“I can be comfortable and present who I am without even worrying about fitting a mold, a cookie cutter that has business-casual clothes and everyone looking alike in order to play the game to get recognized by an older hiring process,” she said. “I’d rather promote new approaches that don’t see me for what I’m wearing but see me for who I am and what I can do.”

(American Underground, a Durham-based real estate subsidiary of the Goodmon family’s Capitol Broadcasting Co., acquired Big Top in May. Here’s a release on the purchase.) 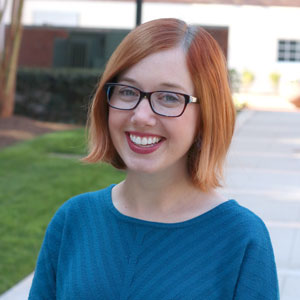 April Dudash
April Dudash works in communications at Duke University. She is a former higher education reporter for The Durham Herald-Sun and military reporter for The Fayetteville Observer and Elite Magazine, for which she wrote articles about military business trends and contracts in North Carolina.