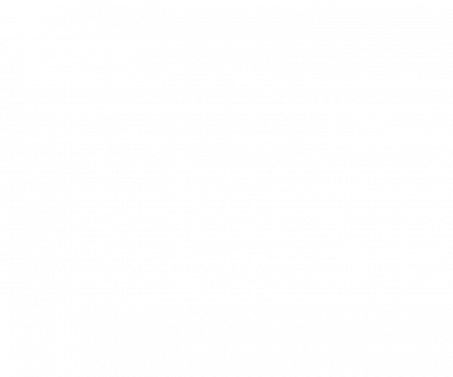 The story behind the WW II suspension of the N.C. State Fair

Last week, the N.C. Agriculture Commissioner Steve Troxler said he was cancelling the State Fair. The last time the fair shut down was during World War II, in 1942 and for the duration. Raleigh journalist Dan Barkin tells the story of why it was suspended.

If you remember the last time there wasn’t a State Fair, you may be in your mid-80s or 90s. You probably lived in a small town or on a farm; 70% of North Carolina’s population was rural.  The State Fair was the big event. It drew 235,000 visitors to West Raleigh in 1941, a record, including 18,000 who watched Earl “Lucky” Teter and his Hell Drivers. (Lucky passed away later at the Indiana fairgrounds; he drove off one ramp but was a few feet short of the receiving ramp 50 yards away.)

As late as June of ‘42, preparations were underway for the big fair, even though North Carolina was on a war footing.

The news was filled with battles between the Red Army and the Wehrmacht. We had just won a decisive victory at Midway. American soldiers had begun arriving in England, but the cross-channel invasion of France was two years off.

Against this dramatic backdrop, America had a seemingly mundane but serious problem: an emerging tire shortage that threatened the war effort if it wasn’t solved. And this is what did in our fair.

The armed forces needed tires for trucks, jeeps, and aircraft. But Japan’s sweep through Southeast Asia  cut off 90 percent of our rubber supply. The man responsible for making sure we had enough tires until synthetic rubber production ramped up was Joseph Bartlett Eastman,  director of the Office of Defense Transportation up In Washington. His job was to coordinate all transportation to win the war. He was very powerful. For example: He ordered up a 35 mile per hour speed limit to make tires last longer.

In early June, North Carolina Gov. J. Melville Broughton announced that the fair, dating to 1853, was going forward. For one thing, Broughton said, the U.S. Department of Agriculture was encouraging states to hold fairs to spur farmers to grow more crops and raise more livestock.

Eastman was not concerned about what the USDA wanted.  A member of the Interstate Commerce Commission since 1919,  he probably knew more about transportation than anyone, and what it took to move stuff like planes, and troops, and ammunition. He knew how much travel was essential to keep the economy and war going and how much wasn’t. His job was to eliminate the part that wasn’t.

Eastman was hearing states announce fair plans and that was a big problem for him. State fairs drew from all over, farmers trucking in produce and livestock, families piling into sedans for the trip to the big city.  Lots of wear on tread.

So on June 18, Eastman put out a statement asking states to cancel fairs. In Raleigh, Governor Broughton was not pleased about being blindsided right after telling North Carolinians the fair was on.

“Any request from a responsible government agency will have to be given respectful consideration,” Broughton said.  “However, all our advice heretofore — from the President and from the federal Department of Agriculture has been to the contrary.” The governor said that he would talk with North Carolina’s agriculture commissioner (and future governor), Kerr Scott, and fair boss J.S. Dorton.

After some consultation or whatever, Broughton “recommended” the fair be canceled, and the State Board of Agriculture made it official. The fair wouldn’t return until 1946. (And when it did, nearly 400,000 showed up. We need more facilities, warned Dorton. And so Dorton Arena got built in ‘52, originally called the State Fair Livestock Pavilion; more commonly, the Cow Palace.)

Shutting down fairs was just another Thursday for Eastman. Here are a couple paragraphs from a 1942 New York Times profile:

“The ODT [Office of Defense Transportation] is never more than 24 hours behind the traffic situation in any section of the country.  If too many bananas are moving from New Orleans to Boston in cars that are needed to carry bombers from Detroit to a seaport, Eastman’s organization promptly stops the shipment of bananas. If too much freight is piling up on the docks in Baltimore, ODT can stop shipments or detour them until the congestion is cleared up.

“ODT’s main job, and Eastmans’s absorbing interest, is to keep moving, first the supplies that are needed for our armed forces, and second, those that are primarily essential to the maintenance of civilian life and pursuits. If there is anything left, Mrs. Jones can have it to go visit Aunt Bessie in Kokomo or the manufacturer can have it to ship a consignment of eyebrow tweezers to a beauty parlor in Pascagoula.”

Now, young men and women won the war. But Eastman played a crucial role in helping them. FDR put an expert in charge, gave him power, and had his back. That’s how you do it. In a moment of existential threat, you can’t have everyone running around with their hair on fire, asking: Bananas? Bombers? There needs to be someone competent running the show. Someone like Joe Eastman.