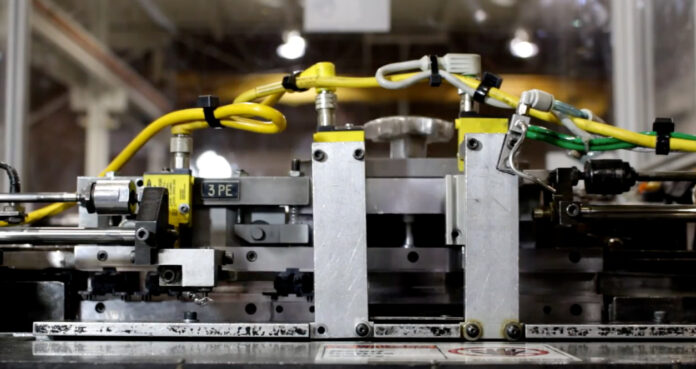 That’s where I heard Geoff Foster talk about the company he founded in 2006. Foster, 54, is CEO of Core Technology Molding Corporation in Greensboro.

His presentation was one you wish students in our business and engineering schools could all hear. It was a window into what it is like to run a small manufacturing company that supplies precision components to large pharmaceutical and automotive corporations, like Merck, Volvo and BMW, and appliance manufacturers such as Whirlpool. Core Technology’s advanced machinery produces millions of these components each year that go to 150 countries.

They would hear that manufacturing today is not the same as manufacturing a generation ago. Processes are more automated. Big customers demand complete transparency in supply chains. They want suppliers that are quality-focused, energy-efficient and environmentally responsible, and they want the data and certifications to prove it.

Foster’s story is a case study of the importance of our universities and community colleges to our high-tech economy. This has been true since the creation of Research Triangle Park more than 60 years ago.

It was North Carolina A&T State University that drew Foster down here from the Jersey Shore — a university that would not only educate him, but would play a key role in his company’s growth. Foster graduated in 1990 with a bachelor’s degree in industrial technology (and would get a master’s in ‘96 from A&T as well). He went to work for AMP (now part of TE Connectivity), a world leader in electrical connectors.

While at AMP, Foster was thinking about starting his own business. One catalyst was an invention. Foster, who was working on the Ford Motor account, helped develop a new way to seal the automotive electric connectors off from the elements. Foster was awarded a patent and went all over the country and Europe explaining it to Ford staff. AMP sold tens of millions of the new connectors to Ford.

“My employer gave me a nice, $99 plaque. I still have that. It still motivates me,” he says.

Encouragement came from a professor in 2001, when he was finishing up his MBA at Wake Forest. An assignment required students to come up with a business plan for a startup.  Foster put his plan together even as he was traveling to European Ford plants. He got back to North Carolina, jet lagged and exhausted, and went to class.

His presentation was for an injection molding company that would focus on automotive and biopharmaceutical companies, two sectors that used millions of precisely engineered plastic components and devices.

No, the professor told Foster. “I think you have something that’s unique and you’re going to be able to supply parts all over the world.”

After Wake Forest, Foster worked in North Durham for what was then Becton Dickinson, now Corning Life Sciences, as an operations manager. By 2006, he was ready to put his graduate school idea to work. He founded Core Technology with his wife, Tonya, a registered nurse, as vice president (she oversees HR and safety). They grew the business in a facility off of N.C. 68 in High Point near the Greensboro airport. Then he had a conversation with N.C. A&T Chancellor Harold L. Martin Sr.

As Foster described it last week, Martin asked: “‘How’d you like to move into a facility built on the campus of A&T?'”

Replied Foster, “With all due respect, sir, that sounds very expensive.”

“He smiled and said, ‘Yeah, but don’t worry about the money.’”

What Martin was proposing was for Core Technology to lease new facilities in Gateway Research Park, a partnership of N.C. A&T and UNC Greensboro. It would give Foster more space, and the company was a good fit for the park because it was a high-tech enterprise hiring N.C. A&T graduates. Foster knew N.C. A&T talent well because he was an adjunct professor at the university, teaching polymers, composites and maintenance of very expensive equipment, all subjects critical to transforming powdery resins into products through injection molding processes.

In 2018, the company moved into one side of an approximately 70,000-square-foot building in the park on the east side of Greensboro. It was good timing, because now Core Technology had room to grow in a modern facility that could handle what was to come, a surge of business from the pandemic.

In 2021, revenue saw triple-digit growth, and net income was up four digits. One reason is that pharmaceutical companies used so much of their capacity for pandemic vaccines and the materials needed to produce and deliver them. They were still making a lot of vaccines for other, non-COVID, diseases, and so they had to outsource production of devices such as plungers and assemblies. Core Technology will produce 100 million plunger rods this year.

Making components for pharmaceutical companies requires clean rooms. Foster has two and is adding a third, so his 32,000 square feet of space will be expanding by 6,000 square feet.

The payroll is growing from 40 employees to 50 by the end of this year.  Training is critical, and this is where he has gotten help from the community colleges, such as Guilford Tech and Alamance Community College. Companies in advanced manufacturing demand a lot of their front-line workers. They need to understand statistical process control to determine if products are within customers’ tolerances. “That used to be engineering only. We’re at the point now where we’ve got our operators looking at some of this data. That was unheard of 20 years ago.”

He got help from N.C. State’s Industry Expansion Solutions when the company’s biopharmaceutical business increased rapidly, from 5% two years ago to more than 60% of Foster’s customer base now. IES helped provide Good Manufacturing Practices (GMP) custom training focused on the pharma work.

Assistance was also received from the North Carolina Defense Industry Diversification Initiative, also at N.C. State, with a grant that helped Core Technology move to get additional certifications over the past year. Says Foster: “Without those certifications, we could not have been awarded business from some of our new customers.”

Injection molding is difficult, exacting and capital-intensive. Ensuring reliable, high-quality sources of resins – basically very tiny plastic bb’s – is critical. You can’t run out or you’re out of business. Five years ago, says Foster, there were 35 injection molders in North Carolina. There are half that today. Some were acquired, some went out of business because of supply chain problems, or they were in antiquated facilities that made it difficult to get certifications.

He has heard from other universities that are interested in replicating the Gateway model.  “I think there will be other Core Technology locations, probably on an HBCU campus, but there are some other campuses now that are very interested in us starting manufacturing there.

“So, I think you might see four or five different Core Technology locations, maybe two or three in North Carolina.”

David Mildenberg - 06/15/2022 0
Someone wants to add toll lanes to the often-congested stretch of Interstate 77 between center-city Charlotte and the South Carolina state line. But that party doesn’t want its name in the public yet. So...
Read more
Share
Facebook
Twitter
Linkedin
Email
Previous articleFayetteville Tech’s president prepares for retirement
Next articleMany N.C. K-12 students need support due to pandemic impact