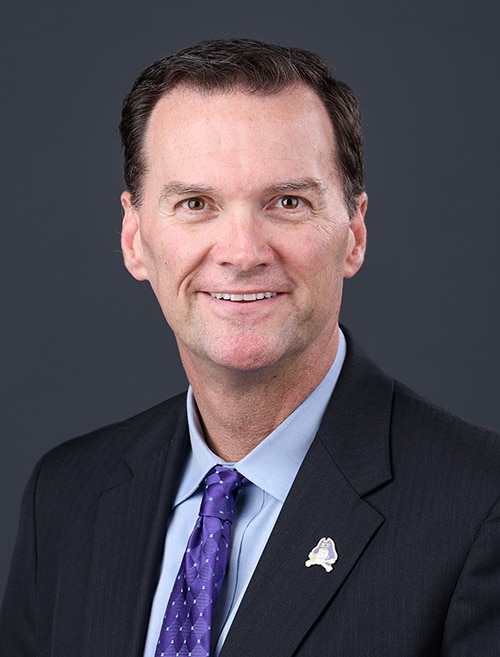 With football attendance plummeting after nine victories in the last three years and mounting athletic department losses, former Chancellor Cecil Staton hired the Lenoir-Rhyne College graduate as Mr. Fix-it. Gilbert promptly signed ex-James Madison University coach Mike Houston and implored Pirate alumni and fans to recommit to the program. About 12,500 season tickets had been sold as of mid-August, while Gilbert is shooting for 15,000. (The peak was 22,830 in 2011.) After 22 years in Tennessee and Alabama athletic departments, Gilbert spent two years as AD at the University of Southern Mississippi before returning to North Carolina.