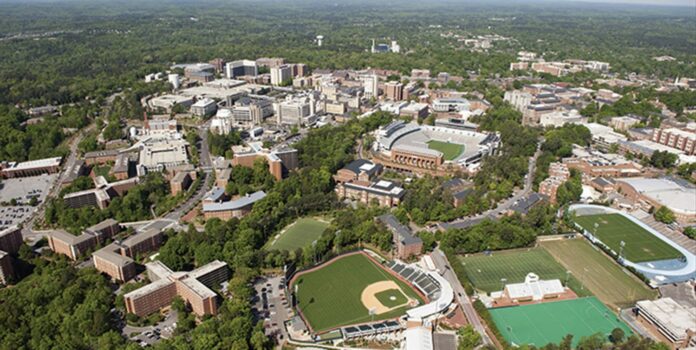 Tattling on the Tar Heels

While legions of sportswriters tracked every move by Marcus Paige, Grayson Allen, Roy Williams and Coach K in Tuesday’s hard-fought 74-73 Duke victory over UNC, only a few of us numbers nerds get as excited about data that gives a precise picture of the nation’s first public university. But it’s Christmas in February: This week UNC issued a bond prospectus offering 136 pages of facts and figures about the university.

Such filings contain reams of information to make sure that potential investors in UNC bonds understand the risks. This document emerged because UNC Chapel Hill wants to refinance $401 million of bonds, taking advantage of the historic low interest rates. One would hope most of it is accurate, given that State Auditor Beth Wood just blasted the university in a report noting its financial statements have included “significant misstatements and omissions.” Chancellor Carol Folt blamed the mistakes on a change in technology systems and the unexpected retirement of the state’s controller.

Here are a few interesting, hopefully accurate facts in the report that reflect that UNC is an economic powerhouse, and far more than a great basketball factory.

— About 26,900 students attend UNC, virtually unchanged from five years earlier. North Carolina added about 500,000 people during that period, so it’s no wonder high-school parents complain how much harder it is to gain admittance than ever before.

— While enrollment has flatlined, expenses increased 21% to $3.1 billion, from five years earlier. Most of the increase stems from more spending on services including dormitory fees, food service and medical patient care. Much of those costs were balanced by higher revenues. Spending on salaries and benefits gained 9%.

— Average borrowing of UNC students is about $19,000, or about $10,000 less than the national average. It clearly remains a bargain compared with most peers.

— The university employs about 12,200 full-time and part-time employees.  The faculty totals about 3,380, including 40% who have tenure.

— UNC’s endowment fund averaged an 8.6% annualized return over the last decade, and ranks in the top 25% of major college endowments over the last 3 years and 10 years. Nineteen percent of endowment funds are with private-equity groups, more than double the fund’s allocations to bonds.

Enough numbers. Here’s hoping the Tar Heels can get it together and even the season series with the Blue Devils in their March 5 rematch.