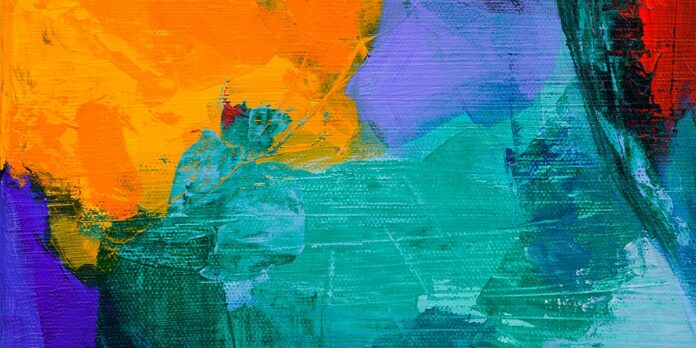 “North Carolina is the subject of every painting I make,” he says. “For nearly a decade, I have focused on the places and spaces of home, complete with all their glories, faults and fictions.”

Demand for the 34-year-old painter’s work spans the globe. His exhibition history includes solo shows at the North Carolina Museum of Art and Galerie Michael Schultz in Berlin and group exhibitions in Germany, Hungary, Japan and Kinderhook, N.Y.

Stamer lives and works in Brooklyn and Hillsborough, but inspiration for his recent paintings grows from soil closer to home. Peter Glenn Oakley’s work juxtaposes the classicism of traditional sculpture and the disposable nature of modern consumer culture. He creates enduring marble representations of everyday throwaway items such as bars of soap and takeout containers, or obsolete objects like a rotary phone or cassette tapes.

A typewriter sculpture, left, is “part of an ongoing series referencing information technology,” the 43-year-old says. “My next work goes further down the rabbit hole of technology and the art world, and I have a series of reliefs planned as well.”

Oakley was a stonemason before becoming a sculptor, carving grave markers and memorials in western N.C., where he continues to work. “My conceptual approach is deeply rooted in my North Carolina upbringing,” he says, including a work ethic of artists before him. “I am one person carving stone in a simple studio.” Stacy Lynn Waddell grew up on a farm in Louisburg, an upbringing she says shaped the way she works today in a Durham studio.

“It has taken me years to understand this, but growing up on a farm was an enormous gift,” the 50-year-old artist says. “The payoff in farming comes with consistent devotion, stamina and creative problem-solving. The same holds true in the studio.”

Two Waddell works reside in the permanent collection at the North Carolina Museum of Art. Other exhibits have included the Contemporary Art Museum in downtown Raleigh; The Studio Museum in Harlem, N.Y.; and the Institute of Contemporary Art in Boston.

Bluegrass to modern dance, there’s a fest for every taste. Here are a few drawing dollars and audiences.

For six weeks each June and July, Durham welcomes a storm of modern dance performances. The festival has helped launch the careers of choreographers Martha Graham, Twyla Tharp and Alvin Ailey. In 2016, the festival brought in $6.1 million in visitor spending.
americandancefestival.org

The 180-acre mountain center is both a music camp and a festival. Every summer, students and faculty arrive to learn and perform concerts for 40,000 people. The season has a $15 million annual impact on Transylvania County.
brevardmusic.org/festival

Cucalorus, held every November in Wilmington, welcomed almost 18,000 moviegoers in 2016, distributed $10,000 in grants to indie filmmakers and screened about 300 films.
cucalorus.org

For 56 summers, Greensboro has celebrated classical music with a concert series and school for young musicians who train at Guilford College. The fest is among arts events generating $16.2 million in annual economic activity in Guilford County.
easternmusicfestival.org

This festival attracts folk dancers and musicians from around the world to the mountains of western North Carolina. About 100,000 yearly visitors attend performances with a $9.2 million impact on the region.
folkmoot.org

About 12,000 people gather in May and October on the grounds of Camp Rockmont in Black Mountain. The fest sells out hotel rooms in nearby Asheville and generates hundreds of thousands of dollars in ticket sales.
theleaf.org/the-festival

What began in 1988 as a fundraising event for Wilkes Community College has grown into one of the country’s premier music festivals. Estimates show that this year’s fest attracted nearly 80,000 attendees.
merlefest.org

Founded in Winston-Salem in 1989, the biennial event draws 60,000 visitors for more than 120 performances, workshops, film screenings and spoken word poetry events for an estimated economic impact upward of $7 million.
ncblackrep.org/nbtf-overview