Steve Nelson, a prominent venture capitalist in the Triangle, resigned from the Blue Cross and Blue Shield of North Carolina Board of Trustees last week over the resignation request of former CEO Patrick Conway, a source told Business North Carolina. Nelson has been a board member and chairman of the executive committee at Blue Cross since 2002, according to his LinkedIn profile. 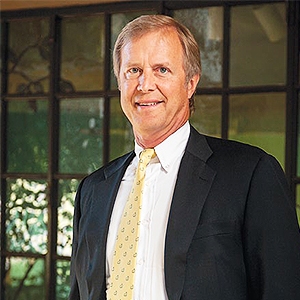 The source says Nelson was upset about Conway’s dismissal and resigned, which the board accepted. Now, he allegedly wants to rescind his resignation and the board will have to take a vote, according to two sources.

Blue Cross verified Nelson is no longer on the board, but did not corroborate the reason for his resignation or if he has rescinded it.

“We can confirm that Steve Nelson has resigned from the Board of Trustees. Our Board will follow its normal procedures to address the vacancy,” Blue Cross spokesperson Austin Vevurka wrote in an email.

According to BCBS Corporate Governance Guidelines, board trustee candidates are recommended by The Governance and Nominating Committee for nomination and election. The GNC works with the board to determine the appropriate skills, characteristics and experience for members; the criteria is weighed, and the board evaluates individual nominees.

Nelson graduated from Wake Forest University where he earned a bachelor’s degree in business. Over the years, he has served in a number of leadership positions at high-profile companies including technology giant IBM, digital sports media company Quokka Sports, the Wakefield Group, and additive manufacturing company Carbon Inc., where he serves as chairman and launch-CEO.

In 2010, Nelson was invited to be a member of UNC Chapel Hill’s Innovation Circle, where he was named co-champion for their commercialization and collaboration initiatives. That year, he was appointed co-chair of the first North Carolina Innovation Council under then-Gov. Beverly Perdue.

Nelson currently serves as an advisory board member for BioLabs North Carolina and the U.S. Women’s National Soccer Team Players Association. He is also a board member for IPG – Integrated Surgical Solutions, Sift Media Inc., and an operating partner for Havencrest Healthcare Partners.