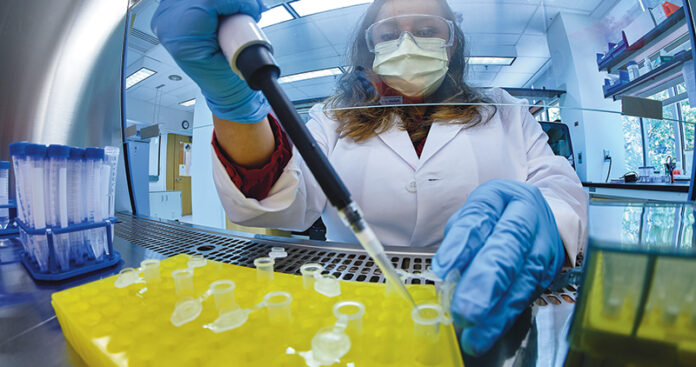 Less than a year and a half after going public, Wilmington-based PPD is being acquired by life-sciences giant Thermo Fisher Scientific for $17.4 billion, or $47.50 a share. The deal includes taking on the contract research firm’s $5.3 billion in debt and is expected to be completed by the end of the year.

High Point native Fred Eshelman started PPD in 1985 as a one-person shop. He arranged financing with brothers Sandy and Ronnie McNeill, whose Wilmington family owns nursing homes and other medical businesses, and later repurchased most of their stock. PPD went public in 1996 and was acquired for $3.9 billion by two big private equity firms, Carlyle Group and Hellman & Friedman, in 2011.

The company went public again in February 2020, initially trading for $27. It now has about 26,000 employees in 47 countries with revenue of $4.7 billion and net income of $160 million in 2020. As COVID-19 swept the globe last year, it was hired by Moderna to oversee its vaccine trial sites.

PPD employs about 1,700 in the Triangle and 1,800 in Wilmington, where its 12-story downtown headquarters opened in 2007. Thermo Fisher, which has annual sales topping $30 billion, bought Durham-based Patheon for $7.2 billion in 2017. In December, the company said it would add 500 jobs at its Greenville plant over the next two years. About 1,500 people now work at the Pitt County campus. The company also has about 700 employees at sites in Asheville and Weaverville.