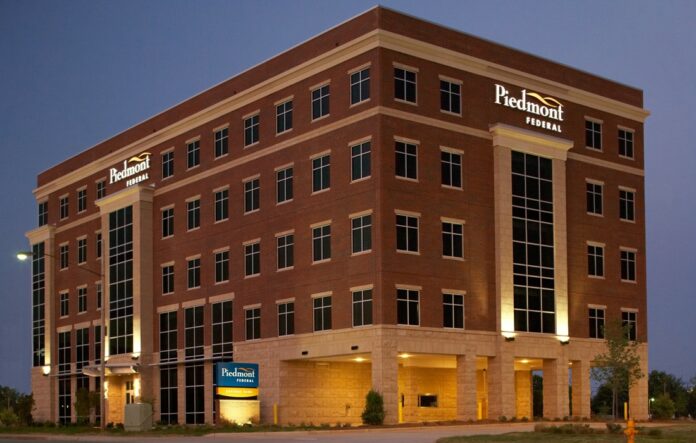 After 114 years in business, Piedmont Federal Savings Bank is getting around to making small-business loans. The Winston-Salem-based bank has about $900 million in assets, 117 employees and 10 branches, eight of them in Forsyth County. (It also has sites in Boone and North Wilkesboro.) Construction will start this month on its first Guilford County office.

Piedmont is the state’s biggest mutual savings bank: Depositors control the institution, which does not issue public shares. Its equity totaled about $230 million as of June 30, a government filing shows.

President Michael Hauser discussed the new strategy in an interview.

Why make the change after 114 years?

Our customers have been asking for this, and the bar of what is expected for a bank continues to go up. We think this allows us to say yes to more people. Also, the number of community banks has dwindled because of the mergers and acquisitions activity. We’re also the only community bank based in Winston-Salem right now.

A lot of people are telling us that they keep having new people handling their bank accounts. We have an extremely loyal staff. I’ve been here more than 40 years, and I only rank third in seniority.

Tell us about your career path?

I joined in 1974 right out of Forsyth Technical Community College. I started in [information technology] and I’d been trained to be programmer. So I learned banking after that. We had a real-time accounting system at that time, which was way ahead of Wachovia at the time (referring to the Winston-Salem bank acquired by First Union Corp. in 2001).

How are your branches changing?

Our branches have been transformed from being transaction-oriented to service-based. Now most routine transactions happen electronically, so we don’t see the customer traffic we used to.

Have you added a few staffers to work on business lending?

We are looking for some qualified people who have worked for commercial banks. We have no timeline, but it’s approved by our board.

Why has Piedmont Federal stuck with mutual ownership?

The company started in 1903, and we’ve been extremely effective based on our net worth. We’re not under the pressure of hitting a quarterly number. We can do what’s best for the bank, employees and customers. Obviously numbers are important, but we can make long-term decisions.

Is there consideration being given to a conversion?

No, that’s not in our plans at all. We just had meeting with other mutual banks through the N.C. Bankers Association, and 15 are left. They are all survivors and well capitalized. We are committed to be around another 100 years.

How would you compare Piedmont with credit unions?

Actually, we’ve operated more like them than commercial banks. The roles of banks and credit unions are becoming more alike. They are getting into commercial lending and mortgages, so we think we need to spread into some new areas also.

How are your interest margins faring?

We hold onto our loans, so if we make a 3% loan, it could be on our books for 30 years. Fortunately we’re finally making loans that are higher yielding than our average weighted rate for the first time in about 10 years. We’ve got the bleeding stopped, our earnings are starting to increase and we’re starting to heal financially.

Did you suffer from bad loans in the recession?

We never got above 1% [of charge offs as a percentage of total loans]. We make loans that are good for the bank and for the customer, and we won’t put them in a loan where they won’t be able to pay it back.

Workers stab each other in fight at Asheboro restaurant