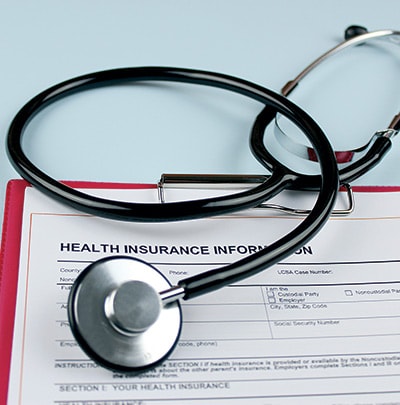 For months before the State Health Plan board voted to change insurance companies for the first time in over 40 years, staff and board members voiced concerns about the service they were getting from Blue Cross Blue Shield of North Carolina.

State Treasurer Dale Folwell, who chairs the board, announced last week that it has awarded a new three-year contract to Aetna, and Durham-based Blue Cross is appealing the decision.

While Folwell’s announcement cited transparency and cost savings as the reasons that Aetna won the contract, tensions with Blue Cross had been mounting through much of 2022 – so much so that one board member suggested firing the company.

State Health Plan executive director Dee Jones mentioned that comment when she announced at June’s board meeting that the plan would open bidding on the contract, with plans to award a new contract in December.

Blue Cross is in the first year of a three-year contract, and the Health Plan has the option to renew it for an additional two years without opening up to other bidders. So the decision to take bids this year appears to be the result of the dissatisfaction.

The complaints involve Blue Cross’ turbulent transition to a software system called Facets. The company first rolled out the system in 2016, and its failings triggered hundreds of complaints, The News & Observer reported at the time.

Seeing the problems, the State Health Plan opted to be the last major Blue Cross customer to make the switch. Its transition didn’t happen until 2022.

Jones gave the Health Plan board a laundry list of problems with the new system at its March meeting. Some claims and vendors weren’t being paid on time. A major physicians’ practice was inexplicably dropped from the plan’s provider directory. State employees had trouble logging into their accounts to view plan information and ID cards.

“This is just a small snapshot of member disruption, provider disruption and State Health Plan disruption,” Jones said, adding that her staff had been on “hours and hours of calls every day” with Blue Cross to address the problems.

The board summoned Blue Cross executives to answer questions at its June meeting. Roy Watson, a vice president who oversees the State Health Plan, apologized for the problems but said it could take until the end of the year to get the Facets system working properly.

“I have no doubt in my mind that we are going to get to resolution of all these issues,” he said. “We have the team in place and support from the organization to make that happen.”

Board member Don Martin, a Forsyth County commissioner who’d questioned whether the board could fire Blue Cross at its previous meeting, asked Watson if the company had lost customers as a result of the switch to Facets. Watson chuckles at the question, video of the meeting shows. “Yes, we have,” he told Martin. “We did lose business as a result of that.”

Blue Cross has paid the Health Plan several million dollars in penalties this year for failing to meet performance guarantees in its contract. And it voluntarily paid an additional $1 million this fall to cover some of the money the state has had to spend on outside vendors addressing the issues.

“However, we’re still running into issues, every day, every week, and some of them are significant,” Jones told the board at its September meeting, adding that her team is “exhausted.”

One board member, who isn’t identified on the meeting video, tells Jones “feel free to tell Blue Cross that the board remains deeply concerned about their inability to do their job.”

Folwell said at one of the meetings that he was surprised that Facets hadn’t improved between its 2016 launch and the State Health Plan’s transition in 2022. “I just never have understood how we could be the last person to dance, and people not know how to dance by the time we got there,” he said.

Folwell’s news release last week announcing the Aetna contract didn’t mention the complaints about Blue Cross and Facets. If Blue Cross files an appeal as expected, the appeal will be adjudicated by the Heath Plan’s executive director. That’s currently Folwell’s legislative liaison, Sam Watts, who has stepped in on an interim basis after Jones left her job in December.