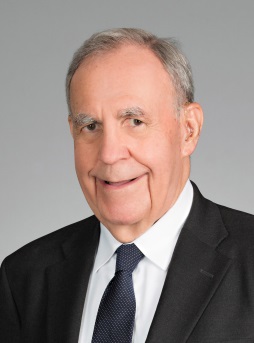 North Carolina business and Russell Robinson II are almost synonymous so it’s no surprise that the venerable Charlotte lawyer received the 2018 Chief Justice’s Professionalism Award issued last week by the N.C. State Bar Association and N.C. Bar Association. The founder of  the Robinson Bradshaw law firm has represented many of the state’s most influential businesses and families for more than 60 years, earning widespread respect for his humility and keen insight. His grandfather, William Rodman, was an N.C. Supreme Court justice who helped write the state constitution of 1868. Robinson, 85, authored the most cited textbook on the state’s corporate law. The annual award program started in 2001: Previous recipients include Julius Chambers, Burley Mitchell, Wade Smith and Henry Frye.

What is your thought on that honor?

Any lawyer would be pleased to get an award for professionalism. I was very pleased and proud.

Are you still practicing law?

I’m of counsel which means I’m not expected to be in there every day. I’m doing some work but it’s less and less. I only do it when the firm wants me and there is less and less now when they want help.

How long have you practiced law?

I started in 1956 when I came to work for the firm then called Lassiter Moore & Van Allen. I was the 12th lawyer there. In September 1960 I started my own firm with a partner, Carlton Fleming. (He was later joined by Robert Bradshaw and Robin Hinson, creating what was for decades called Robinson Bradshaw & Hinson.)

What did you do in your early years as a laywer?

The law was not nearly as complicated as it is now. We did a wider range of work because it wasn’t that specialized back then. I drew wills, organized corporations, tried lawsuits and did a bit of everything. Over time my specialty became corporate and securities law. But I’m glad to have had that wide range of practice.

Did you ever want to become a judge or go into politics?

I loved being a lawyer and I never had any interest in politics. I was tempted to be a judge, but it becomes a very confining life. His relationship with lawyers is quite different because he can’t have a lot of interaction with them. He has to pull apart. I didn’t want to do that.

Who was your favorite client?

I have a number of favorites. I appreciate the question, but I’m not going to answer it.

Did you learn more from victories or defeats?

You learn much more from defeats and the mistakes you make. Any lawyer makes mistakes in negotiations and litigation. That’s where you learn to be a lawyer. That’s why it is very helpful to come to practice with a lawyer who can help you, someone who has been through a lot.

Did you envision Charlotte’s growth?

Not to the extent that we see now. Sally and I were born and raised here. I remember the 1940 census, which said we had a population of something like 99,992 people. So they went out and found another nine or 10 people so the population would be more than 100,000. We still love Charlotte. I think it is growing well.

Do you think our courts are becoming more partisan?

It appears that we are headed that way. I hope that the two parties are realizing that blind partisanship is not what we want from elected officials. We want them to agree and get things done. But right now the Republicans and Democrats are not inclined to agree on anything. That is very bad.