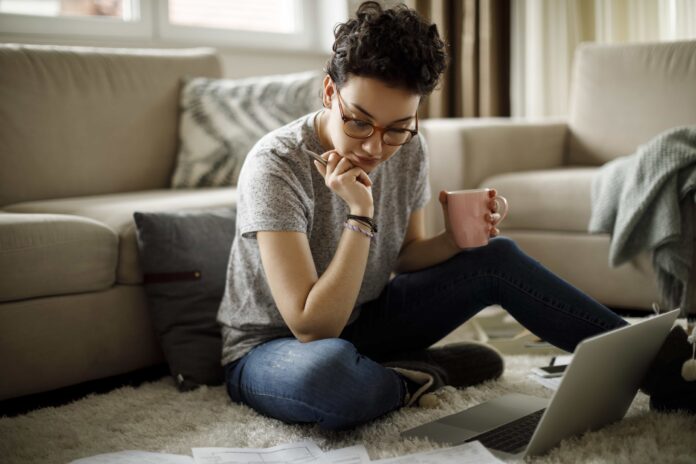 This content is brought to you in partnership with WGU North Carolina, an accredited online university offering affordable and personalized online bachelor’s and master’s degree programs.

Student loan debt and debt forgiveness have been in the news as of late, with many presidential candidates addressing the issue in their stump speeches and floating proposals on their campaign websites. The national student debt load is currently $1.6 trillion.

A study by the American Association of University Women found that while women comprise 56% of enrolled college students nationally, they hold 65% of outstanding student loan debt — nearly double the amount owed by men. Women with bachelor’s degrees owe on average $2,700 more in student loans than men.

North Carolina’s postsecondary data reflects these trends. According to the National Center for Education Statistics, of the 561,496 students enrolled in North Carolina’s two- and four-year colleges and universities in the fall of 2016, nearly 60% were women.

Despite the significant gains women have made in higher education, it’s well-known that they have not achieved the same economic gains in the workplace as their male counterparts for many reasons. What is less well-known is that women carry an extra financial burden because, as a group, they have to borrow more than men to earn their degrees.

One reason for this disproportionate debt burden is that women, because of work and family obligations, tend to choose colleges that offer convenience and flexibility with courses and general scheduling, such as for-profit schools offering online education. According to a 2019 study by the Center for Responsible Lending, women comprise 69% of the total student population at for-profit universities in North Carolina.

Colleges and universities can help change this situation for women, and all students for that matter, through Responsible Borrowing Initiatives. Programs such as these help students understand the full lifecycle costs of earning a degree. This includes a proactive approach to explaining loans and encouraging students to borrow only what they need rather than what is offered. The goal is to promote sensible borrowing and reduce student loan debt without waivers of law or regulation.

Western Governors University’s Responsible Borrowing Initiative has helped students who do borrow to reduce their average borrowing per year by more than 40%, and reduced total student debt by $400 million since 2013.

With colleges, universities, and employers working toward a common goal of employees’ career success, we can improve the quality of life for women and their families across our state by helping them lower their college debt.

WGU North Carolina, an online competency-based university, offers more than 60 undergraduate and graduate degree programs including business, information technology, health professions and K-12 teacher education. Check out their full list of degree programs and admissions guide, or follow them on social media to jumpstart your education. If you or someone you know is considering online competency-based education to earn a bachelor’s or master’s degree, call 1-866-903-0109 to speak to an enrollment counselor.