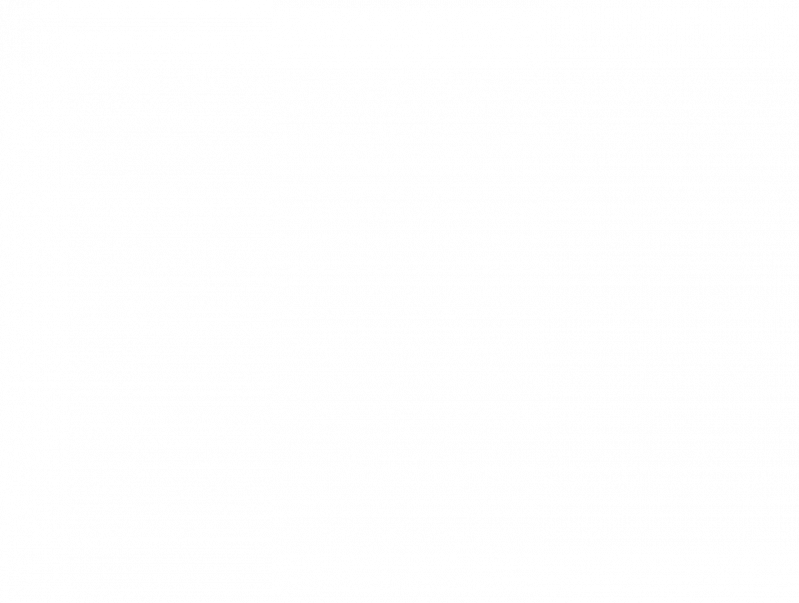 Saturday morning, I was in downtown Selma, NC, at the opening of a new store that sells goat’s milk soap and honey and other natural products.  The shop on North Raiford Street is the brick-and-mortar outlet of Hank E. Panky Farm, operated by Lisa Velasquez and her husband, Ken Gossett. 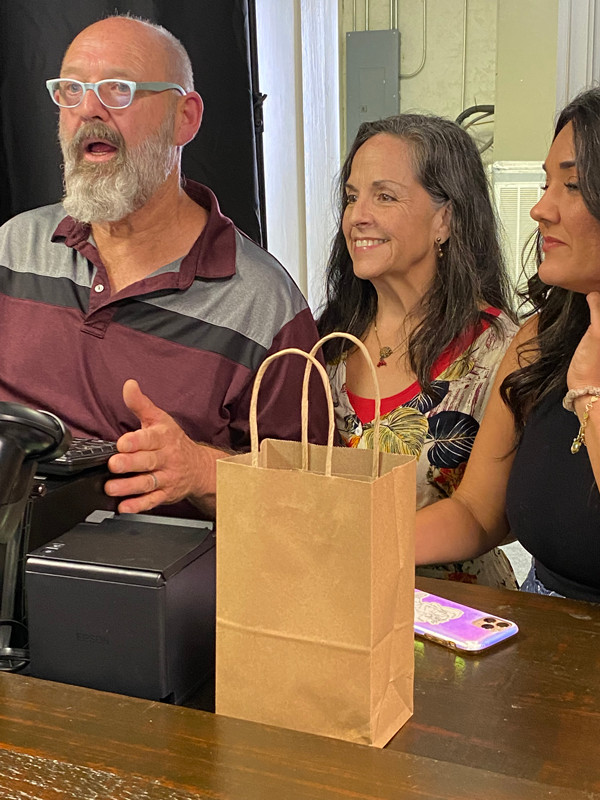 I have lived for 25 years in the western side of Johnston County, the booming, prosperous suburbs of Raleigh. New stores open all the time in Clayton, my town. It’s no big deal. In Selma, it’s cause for celebration.

Selma is in the less-affluent interior of the county, more rural Eastern North Carolina than Research Triangle. Much of the industry that fueled Selma’s growth in the late 19th and early 20th centuries went away. More than 35% of the town’s population of around 7,100 lives below the poverty line, nearly three times the county average. Like several of the towns up and down the old U.S. 301 corridor that parallels Interstate 95 in Johnston, Selma has struggled to rebuild an economy that depended on textiles and tobacco.

The reason I was at the Hank E. Panky opening on a humid August morning was that Selma may be turning a corner. I wanted to see for myself. What got me interested was a book just published about several local businesses by author Cindy Brookshire, who moved to the area around six years ago. It is called “A Heart for Selma,” subtitled: “12 Stories of Activate Selma NC.”

Brookshire helped start up the group – Activate Selma NC – around three years ago.  It is a grassroots group committed to improving the town in a lot of little and not so little ways. For example: Kim Wooten, who runs Selma Jewelry with her daughter, Logan Boykin, felt that the landscape at town hall was looking tired. Here is how Brookshire described what happened next, in her book:

“We don’t complain,” Brookshire told me. “We take action.”

Activate Selma recently partnered with the town to win a $79,000 grant from Lowe’s — part of the chain’s 100 Hometowns project — to make improvements to the downtown streetscape and to renovate a local park.

The book that Brookshire wrote — with support from the United Arts Council of Raleigh and Wake County, and the North Carolina Arts Council — is a good guide to grassroots civics, but also to entrepreneurship. Not the high-tech entrepreneurship with patent lawyers and venture capital. This is about how you might start up a coffee shop.

And so, there is a chapter about Jeffery Hamilton and his sister, Zena Hamilton-Rose, and how they launched Coffee on Raiford. I knew Hamilton from his years as an electronics technician and network administrator at The News & Observer. He was one of the fellows who, when a hideously complex piece of technology broke, calmly fixed it. More recently, he has been managing marketing and group sales for a Selma landmark, The Rudy, a popular concert venue. (There is a chapter in the book devoted to Spook Joyner, who turned the old movie theater into an I-95 destination.) 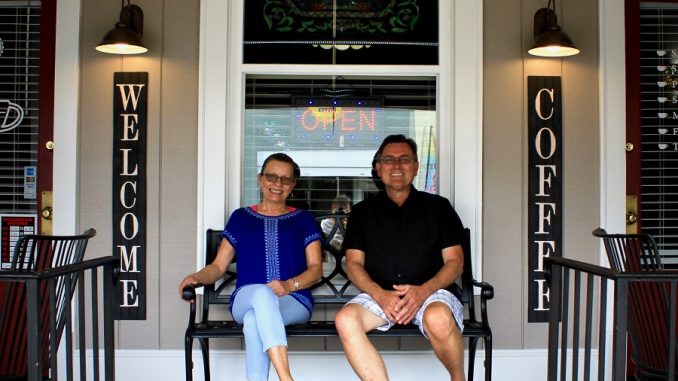 “One of my jobs at The Rudy was getting people in to be seated,” Hamilton told Brookshire for the book, “and then showing the church and tour bus drivers where to park.  Every group leader that got off a bus wanted to know where to get a cup of coffee or something to eat in downtown Selma.  The answer was, nowhere. There was nothing open.”

Today there is. I had a cup there last week. But it was a struggle, as most startups are, because they had to learn the coffee business and fix up an old building. My main takeaway from their experience was this: Jeff and Zena talked to smart people who gave them good advice and nuts and bolts information, from small business counselors at Johnston Community College, to the Triangle East Chamber, to a vendor who would help them get started with equipment and training. For anyone thinking about starting a business, there are experienced folks who will lend a hand.

One of the subtexts of many of the stories is an interesting real estate dimension. There is a reason why investment is coming to downtown Selma. At some point, property gets cheap enough to attract entrepreneurs and some speculation. That’s what happened in Durham and downtown Raleigh 25 years ago. That is happening in Selma right now.

It was great that there were 20 people crowded into the Hank E. Panky shop Saturday morning, but what also interested me was that Velasquez and Gossett were able to buy a downtown building for $75,000.  Closer in to Raleigh, “There’s no way I’d be able to touch this, even in Clayton,” she says.

The couple moved to a nine-acre farm outside Selma around 15 years ago. Velasquez is operations manager for a credit card processing company in Raleigh. She and her husband raise goats, and have run a business making goat milk soap that they manufacture in their kitchen (“1,500 bars of soap a month”) and have sold at farmers’ markets and online. 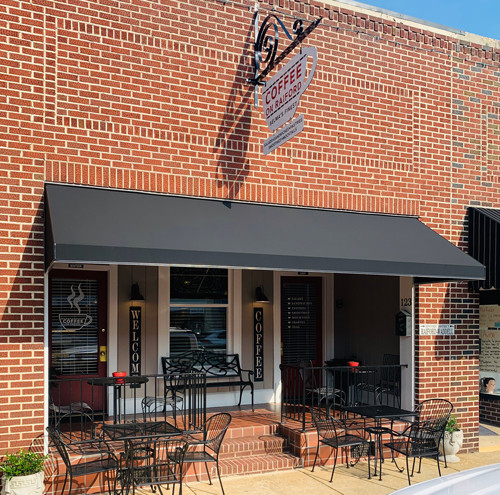 She hadn’t been in downtown Selma in years, because, as she put it, “This whole town was nothing but antiques,” and, “You can only buy so many antiques.” But an errand brought her downtown, and she was surprised to see new stores and renovations happening. She started looking at properties, and  learned of a building that might be available on Raiford Street, “so I hauled it up here and met the owner and 20 minutes later shook his hand and bought it.”

What also persuaded her was the possibility that the Eastfield Crossing mixed-use project, inside the town limits but on the other side of Interstate 95, may happen. It’s an ambitious plan by Selma-based AdVenture Development for retail, offices, industrial, hotels on 400-plus acres. The company said in June it was preparing to start work on a 135,000-square-foot industrial building. If Eastfield gets built over the next five to 10 years, says Velasquez, it would funnel folks downtown.

So is Michael Sneed, another Raiford Street entrepreneur. I ran into him outside Velasquez’s store Saturday. Sneed bought two buildings, side by side, for $15,000 each. In one building, he runs a business that teaches appliance repair. It turns out a lot of people want to do this for a living. His Youtube channel has more than 6,600 subscribers. Next door, he has an ice cream parlor. 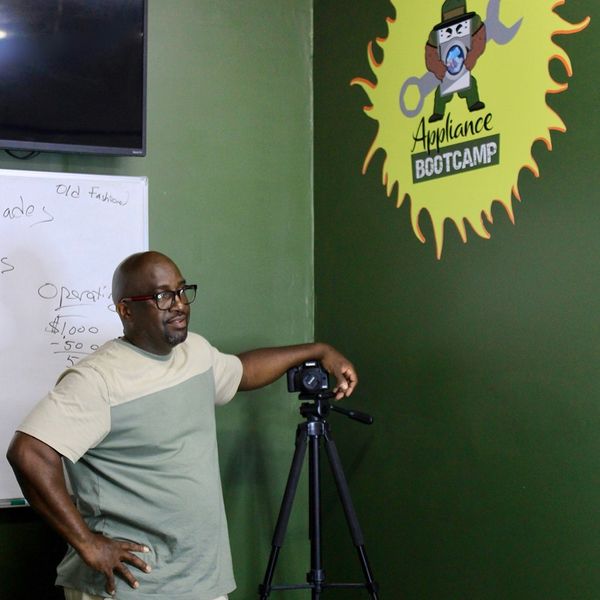 “A lot of great stuff is happening down here,” says Sneed. “If you came here two years ago, you’d think it was a ghost town. No cars on the street. You could walk across the street, and you didn’t have to worry about getting hit. Now you’ve got to look both ways.”

A more recent newcomer to Selma is the town manager, Brent Taylor, who came here from South Carolina and has been on the job for around three months. He was struck by something he saw recently.  A Smithfield home décor business is relocating to Selma, the Southern Bostonian. Taylor stopped by to see how the move was going. There were a couple of downtown business owners “helping them put some walls up.”

“And I have to say, I’ve worked in several places, and I’ve not seen that anywhere else.  So, there’s a real good community vibe here, people wanting to help each other out.”

He listed local assets, like the Rudy, downtown’s solid nucleus of buildings, apartments being built downtown, and Activate Selma.

“It’s a kind of a converging together of several things,” he says. “I think you’ll see a lot of it happen almost at one time, two to three years from now. I think Selma’s going to be a completely different place as far as the look, but hopefully, how everybody treats each other will remain the same.”

What else may be in Selma’s favor is the pandemic’s impact on how we work and where we live.  If remote work, or even hybrid arrangements, continue, and folks don’t have to commute to the office that much – or ever – they may be more inclined to look at small towns on the fringes of metro regions.  Or they may decide they want to start up a business and look for a deal on a building.