Credit unions want to remain distinctive even as they become more bank-like. Sharonview Federal Credit Union is among the leaders in showing a competitive streak.

The institution opened in south Charlotte in 1955 to serve the members of the Celanese chemical company, a major employer in North Carolina for decades. But much of that company’s operations were sold or closed as the textile industry declined, forcing the credit union to change strategies

It has worked with Sharonview recently passing 100,000 members, a 60% growth over the last five years. It took the organization 49 years to reach 50,000 members and 17 to reach 100,000. It now has the ability to accept anyone living in the Carolinas or contiguous states as members, reflecting liberalized regulations of credit union affiliations.

Lots of growth is ahead, suggests Rickey Otey, who joined the bank in 2014 after working for 17 years at First Union/Wachovia, six at Capital One Financial and one at First Niagara in Buffalo, N.Y. As chief operating officer, he reports to CEO Bill Partin, who arrived six months earlier after working at California credit unions for many years. 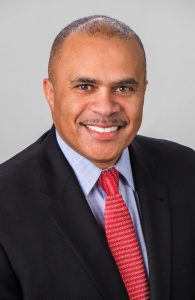 Since the duo joined, Sharonview’s staff has grown from 175 to 315 and a new headquarters was set up in Indian Land, S.C., a Charlotte suburb. Assets now total more than $1.7 billion. Eleven of its 19 branches are in North Carolina.

Then there’s “indirect lending,” which is banking jargon for making used-car loans. Sharonview started offering the loans last year and has signed agreements with various dealers including Hendrick Automotive Group.

Commercial banks say that credit unions have an unfair advantage because they don’t pay corporate income taxes because they are chartered as not-for-profit, member-owned institutions that don’t issue stock. That means credit unions also don’t have to satisfy shareholders with higher stock prices and quarterly dividends.

While credit unions can’t use stock to make acquisitions, some sellers don’t mind taking cash. That’s how Sharonview entered the Hilton Head Island, S.C. market last year, buying two offices with $107 million in deposits from Bank OZK, a Little Rock, Ark.-based commercial bank. They were the only South Carolina branches owned by Bank OZK. It was Sharonview’s first purchase of a bank branch.

The credit union is increasingly opening new branches adjacent to giant rivals. “We want to compete. There’s a stereotype of credit unions not having the technology or services of big banks, but nothing could be farther from the truth.” Otey says.

“We just need to continue to tell the story that we represent the values of Main Street, not Wall Street,” Otey says.