Online pet food retailer Chewy plans a 1,200-employee fulfillment center in Salisbury, marking the biggest jobs announcement in Rowan County history. Attracting the 700,000-square-foot, $55 million project is a big win for the county located halfway between Charlotte and the Triad. And it marks a victory for Rodney Crider, who joined the Rowan Economic Development Commission as CEO in 2017 after working in the recruitment business in five other states. His most recent stop was a 12-year stint as president of the Wayne Economic Development Council in Wooster, Ohio, about 55 miles south of Cleveland.

It was a nice win for Rowan, which hasn’t attracted an Amazon.com distribution center, unlike nearby Cabarrus and Mecklenburg counties. If it meets the targets, Chewy would be the county’s third-biggest private employer behind Food Lion and Daimler Trucks North America.

A tax incentives agreement suggests Chewy’s 1,200 jobs would be created by 2025, with an average salary of $28,388 per year. PetSmart bought Chewy in 2017 for $3.3 billion, a record e-commerce industry valuation.

We talked with Crider in an interview edited for clarity. 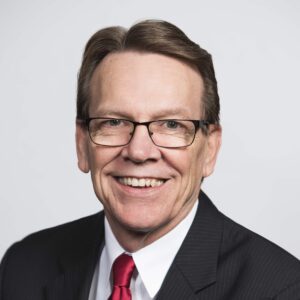 What were the keys to landing Chewy?

The things that were important to them were the availability of workers. Finding 1,200 workers in a tight labor market is going to be a challenge no matter where you go. They spent a lot of time talking with existing employers, they did a labor analysis with a consulting firm, they talked to NCWorks, the local community college, the workforce development board and some staffing agencies. They left feeling very confident that our market can supply the skilled talent they need.

What else was important?

The incentive package we put together was very competitive. And the property adjacent to Interstate 85, right at exit 81, is the perfect site for a fulfillment center.

What is your main focus at the EDC?

Rowan has a strong manufacturing base and we’re trying to build on that. It’s highly diversified, but a lot of it centers around transportation like our Daimler Trucks North America plant. We know because of our location we’re going to get more distribution and fulfillment centers. And given our proximity to the N.C. Research Campus in Kannapolis [in adjoining Cabarrus County] and the Yadkin River, we’re well-positioned for the food industry.

What’s the big news in Salisbury, the county seat?

We work with the city of Salisbury and there was an economic charrette a month ago to look at how they might better position themselves for development. The city is pretty much landlocked and can’t annex outside the existing city limit except in voluntary situations. So the strategy has to be different. But Salisbury has a rich business history with a strong arts and cultural component. It has four colleges and universities and it was the first N.C. city to offer 10-gigabyte internet service, which is appealing to tech companies.

How does working as an economic developer in North Carolina compare with Ohio?

I’m a lot busier because there is a lot more activity in North Carolina than I’ve seen in some other states where I’ve worked, It’s partly because of the migration of population and business to the southeast. The state has done a lot to make itself competitively as a place to do business. We’re closely aligned with the Charlotte Regional Business Alliance and we’re trying to make ourselves known as a valuable part of the regional economy. You wouldn’t plunk this Chewy’s facility in downtown Charlotte, nor would you plunk a banking headquarters in the middle of Salisbury. We each have our strengths.