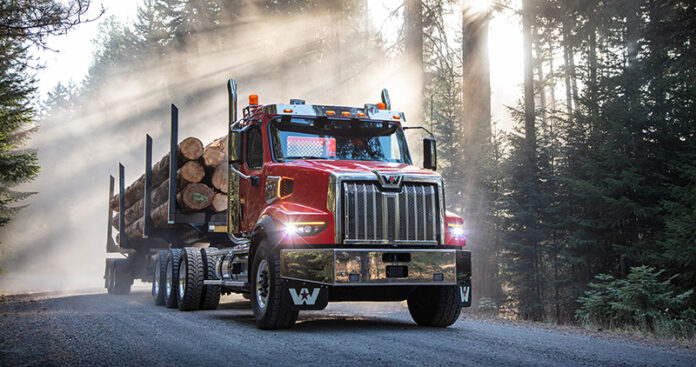 The verdict is in: The Western Star Trucks 49X Vocational Truck is the “Coolest Thing Made in North Carolina” after weeks of voting in a contest sponsored by the N.C. Chamber and Old Dominion Freight Line.

The announcement comes today, which is National Manufacturing Day. The contest was aimed at highlighting the critical role of manufacturing in North Carolina. Nearly 7,800 companies make up more than 10% of the state’s total employment base and 17% of economic output. Total annual N.C. manufacturing output topped $101 billion in 2019.

The heavy-duty truck is assembled by Daimler Trucks North America in Cleveland in Rowan County and includes parts made at Daimler’s plants in Gastonia and Mount Holly. The three operations employ more than 5,000 people in the state. Corporate parent Daimler of Germany is perhaps best known for its Mercedes-Benz vehicles.

“Thanks to the NC Chamber and Old Dominion for their support of the Coolest Thing Made in NC,” Erik Johnson, plant manager of the Daimler plant in Cleveland, said in prepared remarks. “We’re incredibly proud of the products we build, including the Western Star 49X, and we’re prouder still of our workforce in the state helping to build those trucks with precision, with quality, and with dedication.”

Other finalists in the contest were the Caterpillar 938M Wheel Loader made in Clayton in Johnston County;  Seqirus Flucelvax Influenza Vaccine made in Holly Springs in Wake County; Honda Aircraft Co.’s HondaJet Elite S made in Greensboro; and George’s BBQ Sauce, a vinegar-based condiment made in Nashville in Nash County.

The Western Star truck has a broad range of uses including “hauling timber from deep in the woods, accessing remote mining operations far off-road, or hauling heavy equipment to construction sites,” according to a Daimler press release. “All new for 2021, the Western Star 49X builds on a 50-year heritage of standing up to the toughest tasks while introducing cutting-edge safety features, innovative technology and unrivaled driver comfort.”