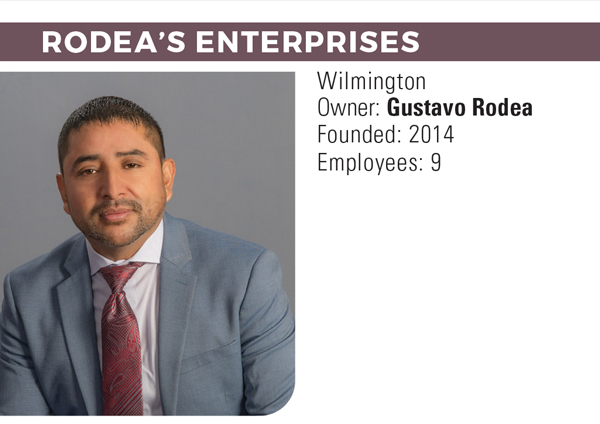 Twenty-one years after arriving in Warsaw in Duplin County as a 19-year-old Mexican immigrant, Gustavo Rodea owns three furniture stores and is a business coach for entrepreneurs. His story follows many obstacles, including losing virtually all of his money during the 2007-09 recession when his rental-property investments collapsed.

“My plan failed because I failed to plan,” says Rodea. He says his education has come from experience, attending business networking events before the pandemic and reading works by famous motivational authors such as Napoleon Hill, Tony Robbins, Og Mandino and Zig Ziglar.

He fought back from his failure, starting Mattress & Furniture Liquidators with $7,000 of furniture inventory at a store in Warsaw, which has a big Latino population. Without taking on debt, he has expanded to Wilmington and co-owns a Sterling, Va., location. The stores collectively hold $237,000 in inventory.

Rodea buys lots of furniture from other retailers who are going out of business. “My constant repetition to my people is that we need to do $3,000 in sales a day, or $1 million a year. If we don’t get that, then I don’t need to be in business.”

About two-thirds of his sales come from Latinos, who he notes account for much of North Carolina’s population growth. He helped start the Wilmington Chamber of Commerce’s Latino Business Council.

“With my experience, I can help other businesses,” he says. “It ticks me off that so many Latino construction people don’t know that as a subcontractor, you are making less money but doing all of the work.”

English-speaking children of the state’s current Latino construction workers will gain increasing influence in the N.C. building sector, he says. “I know these families are making more money because they are buying better furniture and nicer houses.”

Rodea’s biggest revelation has been learning to “work on the business, not at the business. I can say now that I am the CEO, whereas before I was doing everything. I can leave for a week and not have to worry much.”

While he loves furniture enough to routinely attend the biennial High Point market, Rodea says his exit plan is to expand significantly and then sell his stores in about a decade.
Making that happen will be easier if the public supports local businesses rather than ordering everything from Amazon, he says. “Our communities are really going to suffer unless we convince people to buy from small local businesses and nonprofits,” he says. “Otherwise, Amazon is going to continue to kill a lot of jobs.”