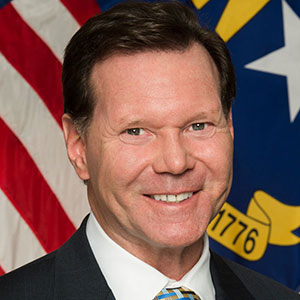 Rocky Mount-based Safari Foods Inc. plans to to open nine new Dunkin’ Donuts franchises in North Carolina, six of them in Greenville alone. Once all of the stores are open, the company will operate 14 of the restaurants in the state.

Bill Daughtridge owns Safari, but his roots are in the oil business his grandfather founded in 1929. Daughtridge Gas and Oil provides propane and oil for customers across eastern North Carolina where it also operates auto care and convenience stores. Daughtridge added franchises of the Massachusetts-based Dunkin’ Donuts brand in 2007 and owns and operates five restaurants in Halifax, Greenville, Rocky Mount and Wilson. His son, Gray Daughtridge, will lead day-to-day operations for each restaurant. The first of the new nine locations will open next year in Greenville, which already has two standalone locations. The other openings have not been confirmed but stores are planned for Greenville and in the Triangle.

“Our enthusiastic and dedicated franchisees contribute to our brand’s growth, which has helped solidify our position as one of the fastest growing companies by unit count in the quick-service restaurant industry,” Grant Benson, Dunkin’ Brands’ vice president of global franchising and business development, said in a release. “We are thrilled that these existing franchisees have chosen to expand their presence in the North Carolina market, and know these new restaurants will satisfy a growing consumer demand in the Greenville and Raleigh-Durham communities they serve.”