Rocky Mount’s hospital is on the comeback trail 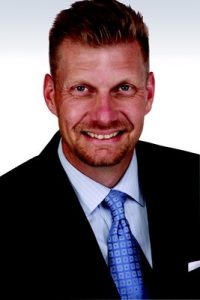 Lee Isley took on an intriguing challenge when he became CEO of Nash UNC Health Care in Rocky Mount a year and a half ago.

The hospital in the home county of Governor Roy Cooper hasn’t had an operating profit since 2012 and posted an operating loss of $25.6 million last year. (Investment gains cut the total loss to $18 million.) Isley cited the loss during a recent meeting of rural hospital CEOs promoting the governor’s request for expanding Medicaid for more low-income North Carolinians. That prompted me to take a closer look.

The not-for-profit hospital authority’s board isn’t expecting an instant turnaround, so the institution budgeted for a similar loss this year. But Isley says improving operations should trim the operating deficit to about $11 million in the fiscal year ending June 30. Moreover, Nash UNC has a plan for $25 million in financial improvements by 2023, much of it over the next two years.

Hospitals are complex institutions so there are lots of factors to take into account. Hospital income statements show a massive difference between patient revenue — the sticker price for services — and operating revenue after deducting discounts received by Medicare, Medicaid and dozens of insurance providers. Details of those contracts aren’t made public, so prices actually paid for services vary widely.

(Sidenote: This is part of the debate between State Treasurer Dale Folwell, who wants details on insurance contract prices and deductions made public, and the hospitals, which say he’s oversimplifying the situation and doing more harm than good.)

In 2018, Nash UNC had patient revenue of $843 million and “contractuals” — or discounts from charges — of $580 million. Deduct bad debt and charity care and operating revenue was $211 million. Operating expenses topped $236 million, leading to the $25 million loss.

But what is crystal clear is the economic importance of a 1,500-employee hospital in a county with about 94,000 residents. What business wants to locate in a community lacking a thriving, effective hospital or school system?

The not-for-profit board that oversees the hospital “is committed to make sure this remains a valued resource for our community,” says Isley, who previously led Granville Health System in Oxford.

Leadership hired UNC Healthcare to help manage the hospital in 2014. The partnership hasn’t led to profitability, but has helped improve care in many ways, some of them quite technical. When the hospital converted to the EPIC digital medical records platform the in the last year, for example, more than 200 UNC-affiliated employees spent time in Rocky Mount helping work out the kinks.

As a UNC affiliate, Nash UNC has access to the Chapel Hill school’s esteemed medical specialists to advise on difficult medical conditions. Isley emphasizes that UNC’s goal isn’t to draw patients away from eastern North Carolina. “UNC’s strength is their commitment to health care for all North Carolinians,” he says. “Their mission is to push care out to the communities. It isn’t to bring everyone to Chapel Hill.

As part of the turnaround, Isley has overseen pay increases for nearly 75% of the hospital’s employees. Nash UNC had not been competitive with its peers both in the Triangle and in the region, Isley says.

In particular, insufficient pay led to too much reliance on contract nurses, who cost more than regular employees. After peaking at about 75 nurses, the contract staff is now about 10. The registered nurse vacancy rate is about 6%, down from a record 17% in 2017.  Labor productivity is improving with more efficient surgery scheduling, while more local residents seeking cardiac and cancer care are choosing Nash UNC, Isley says.

The hospital remains in solid financial shape with about 340 days of cash on hand and none of its $100 million in debt maturing within the next five years, says Chief Financial Officer Shawn Hartley. Its principal and interest payments are projected to be about $5 million annually over the next five years, he says.

“We want to get back to a cash flow positive position so we can invest that cash back into the organization,” Isley adds. “We’re a community asset and that’s where our cash needs to go.”