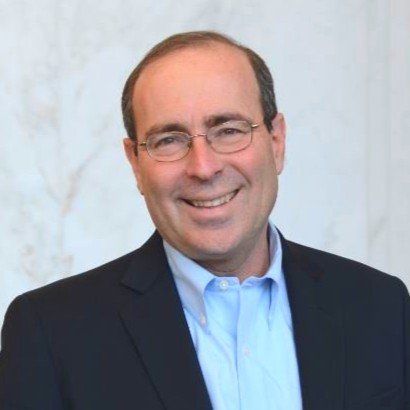 Last week, Tom Barkin, president of the Federal Reserve Bank of Richmond, was the speaker on a webinar held by the North Carolina Economic Development Association. Barkin’s district includes North and South Carolina, much of West Virginia, Virginia, Maryland and Washington, D.C. He is currently a member of the Fed’s Open Market Committee, which sets monetary policy.

Barkin gave an overview of the economy and the Fed’s role. Here are some of the topics he covered:

“The dynamics of demand are quite healthy,” he said. In recent credit card data that he monitors, consumers were spending about 11% more than

a comparable week in 2019, pre-pandemic. Businesses are investing, the government is providing stimulus, and consumers have an “elevated net worth” from a combination of stimulus, quarantine-suppressed spending and rising asset prices. “And I think they’re going to keep spending.”

There are problems. Chip shortages have hit auto production. Houses are in short supply. Asian ports have been snarled by COVID and inventories are low. The Delta surge has been felt in travel, dining and entertainment.

“If you ignore these specific categories and look at the broader set of goods and services, spending on those remain quite robust. Demand is so strong that providers can’t keep up with it,” he said. He encountered this on a recent trip. “Who knew that you could fly somewhere and not be able to find a rental car, or as in my recent trip to Tampa, it would cost $400 a night?”

Headline inflation has been running hot, and one major question facing Fed policymakers is whether it is short-term or a longer-run problem.

“The Fed has set a 2% inflation target. But inflation has underrun that target – modestly – over the last 10 years,” Barkin said. “To the extent that a short period of inflation helps us back toward 2% on average, it might help leave expectations at our target and still return prices to stable levels over the longer term without the need for the Fed to act to constrain the economy, perhaps prematurely.”

The Fed monitors the core personal consumption expenditure index as a broad gauge of inflation, and July’s index was up 3.6% from a year ago, the highest jump in 30 years. Fed Chairman Jerome Powell said in his virtual Jackson Hole speech these elevated readings are likely temporary.

Barkin said that what he watches most closely is compensation. “It doesn’t move quickly,” he said, “as wage routines are pretty well-established. And employers are cautious, because they know it’s hard to revert once wages have been raised. But pressure is intense at lower levels.” And the quit rate is high, with retirements at three times their normal levels, he said.

“So, I’m keeping one eye focused on the monthly compensation and inflation data and hoping that those increases will stabilize and even reverse,” said Barkin. “But I keep my other eye on longer-term inflation expectations, because arguably they’re the key to keeping prices in line over time.

“And they’ve stayed impressively stable during this recent surge in reported inflation. You can look at market-based measures like the TIPS indices – they’ve actually stayed modestly under our target. [There are] survey measures which show expectations of short-term inflation but actually, on the medium- and long-term, they have it coming back towards normal.”

So, Barkin said, while the “transitory narrative” about inflation “does make sense to me, the environment isn’t static. And I see more inflation risks than I would like. So, I’m supportive of the recent steps the Fed has taken to begin the process of normalization.”

What the Fed is doing

This process of normalization is being watched closely by markets. During the pandemic, one of the levers the Fed used was extensive purchases of government bonds, like Treasuries and mortgage-backed securities, which injected more money into the economy. At some point, the Fed will slow this down – the “tapering” that you hear about.

“What we’ve said is the process to get back to normal starts with reducing the asset purchases and then ends with increasing rates. And so, when you see the conversation about when are we going to be reducing asset purchases, that’s the first step.

The national unemployment rate in July was 5.4%, a considerable improvement from the 14.8% high during the pandemic but still higher than the 3.5% in February 2020, before the virus shutdowns. And yet, demand for workers is outpacing the supply. The job openings rate, 10.1 million nationally, is the highest in the more than 20 years the government has collected data on this.

A popular narrative among some businesses that are struggling to hire is that overly generous unemployment benefits have kept workers home. Barkin says that may be a factor, but “there’s a bigger story going on.”

“And the bigger story is that you’ve got an entry-level workforce that has been paid over the last multiple years nine, ten, eleven, twelve dollars an hour.” Meanwhile, large, very visible employers such as Amazon and Target announced $15 pay. Wal-Mart raised its average pay. So, if you’re getting called back to an $11 job, said Barkin, “Why wouldn’t you try to get that $15-dollar job?

“I think that’s what’s happening at really broad scale. And I’m not sure it’s the unemployment insurance precisely that’s funding that reluctance to get back at $11.” It’s more a combination of factors – the insurance, stimulus checks, and the fact that many folks weren’t spending as much during the pandemic – that have given them the financial cushion to be choosy about where they want to work, he said.

“As I talk to employers, the ones who are suffering the most are people who pay less than $15 and people who have jobs that, frankly, are not very attractive jobs – whether it be working conditions or health risk or exposure to angry customers, if you’re talking about wait staff in a restaurant. Those are the places that are struggling.”

Child-care issues are also making the back-to-work decisions difficult for some parents, Barkin said. The Delta surge is getting children sick or sent home to quarantine throughout the country. “How do you plan to get back in the workforce if you are of a wage level where you don’t have backup support?”

Barkin says the “market hasn’t yet had a vote” on whether a remote workforce is a good idea or not for companies.

Some businesses will want their employees back because they believe in-person collaboration is important, and there will be others that will keep their workforce remote.

Some companies will have a hybrid set-up, with some remote work and some in-person. Barkin said he experienced that for 30 years working as an executive for the consulting firm McKinsey & Co. , and said the Richmond Fed has been “embracing hybrid” and is fine with its folks working from home on occasion to deal with personal issues. “You can be productive from home. That’s the thing our system has learned.”

“But I’m not confident that people who are working primarily remote are going to have access to the same meetings, the same conversations, the same body language, the same relationships and the same mentoring.”

Housing: “There’s no way to understand the flaws of your current living arrangement better than to be in it 24 hours a day, seven days a week.” This has fueled demand, along with homebuying by millennials and the migration from big cities. “So, you had a really big pickup in demand for houses. I think that pickup is a lasting pickup,” said Barkin.

Workforce: “How do we get people off the sidelines and into the workforce, particularly in smaller towns and inner cities? That’s really the business problem of today,” he said. “I think there’s a huge leverage to communities that can build a stronger base of workforce out of the people they’ve got.”

(To anticipate the question, the Richmond Fed president and I are not related. Maybe back in Eastern Europe in the 19th century, but not more recently. His ancestors settled in the Southeast and mine went to Massachusetts.)