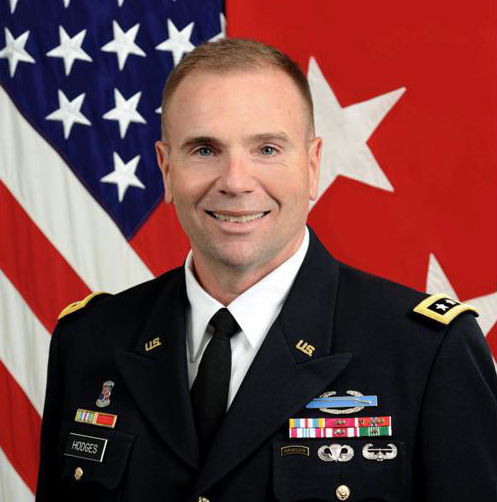 Last week, I heard retired Army Lt. Gen. Ben Hodges talk about the war in Ukraine and what it reveals about Russian military capabilities. But Hodges, who talked at the First Flight Venture Center in Research Triangle Park, also shared insights about our military, the role of technology in modern warfare and about the importance of training.

Hodges, a 1980 West Point graduate, commanded U.S. Army forces in Europe from 2014 through 2017. He holds the Pershing Chair in Strategic Studies at the Center for European Policy Analysis. Shortly before he talked in RTP, he was on a call with a Ukrainian deputy defense minister.  Several weeks ago, he was in Kyiv meeting with the Ukrainian president, Volodymyr Zelenskyy, along with William Taylor, a former U.S. ambassador to Ukraine.

Hodges’ insights are relevant to North Carolina. There are 5,000 American soldiers in Poland right now, most of them from the 82nd Airborne at Ft. Bragg in Fayetteville. They have been deployed to strengthen NATO’s eastern flank. If the war in Ukraine spreads, soldiers, pilots and Marines from Fayetteville, Goldsboro and Jacksonville will likely be involved because we have the 4th largest military footprint in the country.

Additionally, we have companies and universities all over the state doing research and development for a U.S. military scrambling to stay ahead of Russia and China in technology.

Hodges had some positive things to say about Ukraine’s prospects based upon what he’s seen so far, but cautioned that the war is still in its early days. The Russians have a lot of troops. They have air and naval superiority. And they have shown a willingness to attack civilian targets. Hodges says that while he believes that Kyiv “is absolutely not going to fall,” the next several weeks will be “really bad.”

He cited the U.S. Army’s Q36 weapon-finding system, which picks up incoming artillery and can locate the source, enabling return fire. “The Ukrainians took that equipment and were able to use it in ways that we didn’t even know you could do it. That really got my attention of how good they are.”

Technology is part of a larger warfighting context that includes training, discipline, logistics and doctrine. Successful organizations perform well because they are strong on these dimensions. The lessons Hodges covered in his talk are applicable to any organization.

The Russian Army, despite reported improvements in recent years, seems poorly trained and didn’t do an adequate job planning their ammunition and fuel requirements for the invasion, he says.Russian President Vladimir Putin may have believed there would be little resistance and his military would be greeted as liberators. Maybe his intelligence was bad or he ignored good intelligence.

The planning and training deficiencies could be seen in images of long Russian convoys, which looked impressive unless you are a retired lieutenant general. The Russians didn’t seem to anticipate that this has been a very warm winter in Ukraine, and there’s a lot of mud.

“Right now,” says Hodges, “every Ukrainian is a huge fan of global warming. And so Russian vehicles are staying on the hard road. They can’t get off the hard road, and the Ukrainians know this, and so they’re able to take advantage of that. It’s easier to target.”

But the trucks and other vehicles in the Russian convoys have also been bunched together. “This goes back to the discipline and training.  If you’re a private driving a truck, and you’re really scared, it is human nature to stay right on the bumper of the vehicle in front of you.

“That tells you right there not only is that private scared, but that means there’s no sergeant there that’s kicking him in the ass and saying, ‘Hey, maintain a hundred meters between vehicles,’ which is what you’re supposed to do to avoid every vehicle in the convoy shot in one barrage.”

Other problems have cropped up because of the way the Russian military operates, Hodges says. A lot of Russians have been successfully targeted because they are on their radios a lot. This makes them easier to find.

“In the Russian military, they don’t have the same sort of decentralization that is part of the culture of how we fight, where lieutenants and sergeants are expected to figure what they should be doing. As long as they’re moving in the general correct direction, you’re expected to make decisions. You don’t have to be told, OK, turn left, turn right. Stop. Go. I think the Russians have a real vulnerability here because of that.”

“And it takes lots of rotations going to the Joint Readiness Training Center at Ft. Polk, La., or to our training center at Hohenfels [in Germany], where you go over and over and over and the ‘enemy,’ the OPFOR [the opposing force in an exercise], wins about 95% of the time. And it’s humiliating.  I’ve never actually beaten the OPFOR.”

“But you learn how to do things, like protect your communications.  It’s technical, but it’s also the discipline and how you do things to be able to survive, because you have to assume the enemy has the ability to pick all that up,” says Hodges. “And that’s what the Russians are experiencing right now. They’re paying the price for indiscipline.”

The Russian troops were not prepared for an intense war, Hodges believes.

“What we’ve discovered is that there are a lot of conscripts involved in this fight. So, most of these kids, 19, 20 years old, did not even know they were going into the Ukraine. You don’t have to be Clausewitz to figure out the combat power or the fighting spirit of guys like that.”

Russia, at least in the early days, was fighting mostly in the daytime. One of the American military’s strengths is its ability to fight at night. “Flying at night is physically hard, tiring,” says Hodges. “You have to do hours and hours to do it, to be comfortable with it. Same thing for ground forces. For an artillery crew to be able to operate all your equipment at night, it requires hours and hours of practice.

“And I think the fact that they don’t do it is not because they don’t know how to use night vision devices, but they haven’t invested in the training.”

His meeting around a month ago with the Ukrainian president — and Zelenskyy’s actions recently — underscored his belief “in the power of positive leadership.”

In their meeting, “I was blown away with his toughness. I wanted to put on a helmet and go fight with him.  He inspired me.”

“And now to see him walking around with a cell phone in downtown Kyiv, I think that’s why most of the countries of the world have joined ranks with him.”

But the more he thought about that, Hodges wondered how on Day 4 or 5 of a war with Russia, that Kyiv had cell service.  “How have the Russians not been able to shut that down?” Hodges says that is beginning infantry officer training, shutting down the enemy’s ability to communicate.

Either the Russians are “totally incompetent, or they made some calculated decision not to do it because they thought they were going to be able to roll in in about three days anyhow, and they wanted to have that for themselves. Or maybe they’re just not that good or the Ukrainians have figured out a way to protect their networks.”