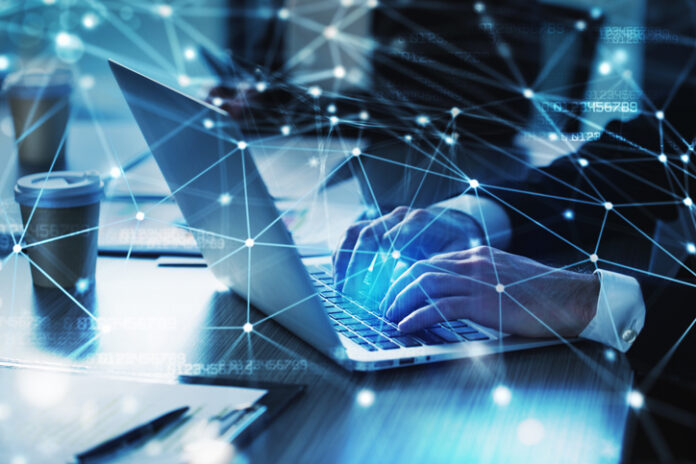 The Wireless Research Center is a building filled with engineers in Wake Forest, a northern Wake County town. I visited the center last week because the wireless space is one of the hottest parts of our economy, and the WRC has spent more than a decade helping this technology work.

Many of the WRC’s 30 employees have been working on wireless problems for a long time, like founder Gerry Hayes.

Hayes had been a technical manager at Sony Ericsson in Research Triangle Park, where thousands of scientists and engineers developed handsets for the booming wireless phone industry.

In 2009, Sony Ericsson announced it was moving its RTP operations to Atlanta and California. Hayes, who had lived in Wake Forest since 1994, wanted to stay there. He went to work for an antenna startup that was outsourcing its testing, tasks that Sony Ericsson did in-house. Hayes saw a business opportunity because he already had contacts all over the world. He started up the WRC in 2010, as a nonprofit.

“Two of our first customers were in Sweden, Japan, and we had one in Australia. They were like, ‘Hey, when are you open’?”

WRC will not only tell you how well your wireless device is working, but also help solve problems. But it doesn’t want to own a share of your patents. That is a big deal.

“You can come and talk about your device and your intellectual property is safe with you,” says Hayes.  “If we contribute to it, you get to keep whatever we contribute. The whole idea is to help you build the best product you can.”

Folks often didn’t know what to make of this. “We got the tilted head look, like ‘You’re not going to own IP?’”

The last 30 years have just been a warmup for wireless. The biggest development is arriving: 5G and the Internet of Things (IoT). It should be called the Internet of Everything. Every appliance, every car, every device will be connected to the Internet with wireless gizmos.

Making this all work will be difficult, requiring people who know a lot about radio frequencies and antennas.

I got a sense of this standing in the Satimo SG-64 chamber, where wireless devices are tested. I was surrounded by cones. Nothing transmitted would be reflected back. There was a ring embedded with yellow crosses, like a miniature roller coaster of receivers set for different frequencies. In the middle of the chamber stood a pedestal.

“If we put a device on top, it will rotate it under computer control so we know exactly what the angle is,” says John Swartz, a senior staff engineer. “Let’s say you’ve oriented your cell phone like this.  It transmits a signal. Sixty four of these probes simultaneously receive it. We can do a lot of signal processing on that, and we can tell exactly what the pattern is in this plane. You turn your phone a little bit more, we do it again.

“In the simple days, when it was just a single antenna and a single transmitter, like your car antenna and your AM station some place 20 miles away, it wasn’t a big thing,” says Swartz. “You could make some simple measurements in a plane. But these days, with cellular devices, you don’t know which way it is going to be held, so the manufacturers need to know . . . what’s the signal strength in any direction?

“There are between five and 15 radios, so there’s the cellular stuff maybe working in multiple bands, there’s the wi-fi, there’s the bluetooth, there’s the GPS, and different antennas all over. What makes this system one of about 20 in the world is we operate a miniature cell station . . . that we can make look like anywhere in the world from a cellular perspective or a wireless perspective. We can make it look like the AT&T system in Atlanta, or the Verizon system up in Boston, or the DoCoMo system in Colombia. We have had everything in here from cell phones to household appliances to vending machines.”

You might think that engineers working for manufacturers can make wireless work, and for the most part, you’d be right. “The overall systems have been architected so that there’s enough headroom, eh, it will probably work,” says Swartz.

But when it doesn’t, you need engineers like the folks at WRC. The Internet of Things is creating new products out of existing ones. At some point, heat pumps will all have wireless diagnostics. “If you put wi-fi on your air-conditioning 20 years ago, it’s probably the only wi-fi on an air conditioner within 50 miles,” says Swartz. “Nowadays, you’re going to have 500 of them in your neighborhood.”

The Satimo shows one dimension of the WRC. Another is the economic development/social responsibility dimension. Under the WRC umbrella is an organization called RIoT, which started eight years ago as a Raleigh Internet of Things meetup. One of the organizers was the late Larry Steffann, then general manager of the young WRC and like Hayes, a visionary who saw that the Research Triangle could play a major role in the IoT.

RIoT now has 9,000 members and 90 company sponsors. It holds events around the state and country. It has locations in downtown Raleigh, Wilson and Stafford, Va. It has lab facilities and accelerator programs to help startups get to market.  Since the first accelerator program in 2018, RIoT has helped entrepreneurs create companies with more than 100 jobs and $47 million in revenue.

Helping entrepreneurs is in the WRC DNA.  Startup companies that have worked in the WRC commercialization center in Wake Forest and at RIoT locations have raised more than $400 million in investment capital and created more than 800 jobs.

But high-tech entrepreneurship and participation in the digital economy isn’t possible for folks who lack skills and confidence. Massive government investment in broadband won’t help people who don’t know how to use computers.

WRC recently opened a workforce training hub at the DuBois Center in Wake Forest, part of its Connected Communities initiative to help close the digital divide. The DigitalBridge @ DuBois is supported by $4 million from the town and Wake County, part of federal ARPA stimulus aid.

“Economic development is what’s driving this,” says Hayes. “It’s about engaging people where they’re at.”

“We had one guy come in.He broke down in tears. He’s a mechanic that works 12 hours a day, comes home exhausted. He said ‘I’m so glad you’re here today. This is the only free time I had.’ He said ‘I need help.’  After they did the assessment, they worked out a plan with him. He wants to do something other than what he’s doing.”

There are side gigs in the digital economy that can help folks make more money. They just need to get skilled up and plugged in. A woman came into DigitalBridge wanting to do graphic design. They found her an online course and then a part-time job doing illustrations.

WRC has a strong relationship with the town of Wake Forest. The town provided a loan of up to $1 million to get the center going about a decade ago. (It also got $1.7 million from the Golden LEAF Foundation for equipment.) Hayes looks for ways to reciprocate. Recently, WRC expanded by taking an office in the Loading Dock’s coworking building in downtown Wake Forest. Loading Dock renovated what had been an old cotton warehouse, a legacy of the mills that were once an important part of the town’s economy (as well as the college that left for Winston-Salem in the 1950s). The Loading Dock is part of the town’s strategy to attract entrepreneurs, and having a high-profile startup is a plus. Wake Forest has been a residential magnet for newcomers. Its population has grown from around 6,000 when Hayes arrived nearly 30 years ago to nearly 50,000 today, and it has one of the highest household incomes in the county.

In Wake County, WRC’s footprint extends 15 miles south to N.C. State’s Centennial Campus. The federal government is funding research into 5G technology and how unmanned aerial systems will work with it.  One project is the Aerial Experimentation and Research Platform for Advanced Wireless (AERPAW). WRC is collaborating with N.C. State and other universities to operate 5G testbeds in Raleigh and Cary. Hayes, WRC senior staff engineer Mike Barts and WRC senior architect Asokan Ram are helping to lead the $24 million project.

Barts has also been working on a project for the National Oceanic and Atmospheric Administration to determine if cell tower signals can be used to provide earlier warnings of tornadoes, based on how the signal paths are influenced by water vapor. Because cell towers and antennas are everywhere, sending out constant signals, they are a much more dense network than NOAA uses to take humidity measurements. If meteorologists can get more humidity data, perhaps their models can provide earlier warnings.

Then there’s a project WRC is working on with Morrisville engineering firm Device Solutions to use the new generation of TV broadcast technology to deliver much better information to improved pagers used by first responders.

I asked Hayes about the WRC’s future. “We’re making social and technical impacts to communities. RIoT has been focused on entrepreneurship and wealth development. DigitalBridge is income development. You start getting introduced to careers. And once you reach that point, it works into entrepreneurship and wealth. I see that expanding. Once you start a company, you’re going to be needing resources.  So we’re going to be connecting you to homegrown resources to see what the gaps are.”

I-77 South toll lane decision could come in February