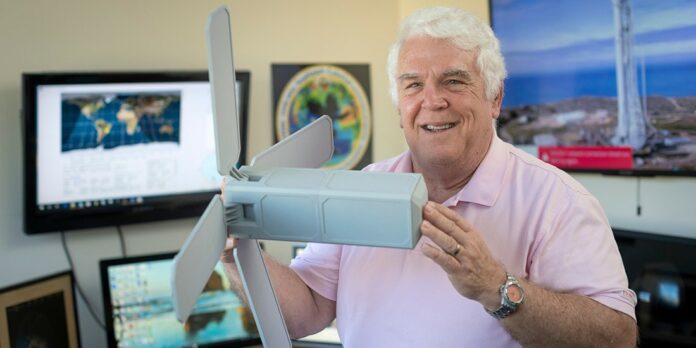 Appeared as part of Research North Carolina, a sponsored section, in the July 2019 issue

The University of North Carolina Wilmington’s efforts to advance research and push the boundaries of innovation have created a thriving campus culture rooted in inquiry, curiosity and imagination. In 2018, researchers secured a 36% increase in new grants over 2017, and the university earned an elevated Carnegie Classification of Institutions of Higher Education as a “High Research Activity” doctoral institution.

With help from a $400 million investment in capital improvements and $9.3 million in new grant funding, UNCW’s community of scholars continues to expand research endeavors and address issues of local, regional and wide-reaching importance.

UNCW was named a top producer of Fulbright U.S. Scholars for the 2017-18 academic year among master’s institutions. The Fulbright Program is a highly competitive, merit-based grant for the international educational exchange of students, scholars, teachers, professionals, scientists and artists. One of UNCW’s award recipients, Narcisa Pricope, associate professor of geography, will research landscape degradation and teach courses in satellite remote sensing and unmanned aerial systems photogrammetry at the University of Namibia. Pricope, an expert in land change science, water resources and climate change, will work with international researchers to address the relationships between land degradation and livelihoods in Namibia and the larger Kavango-Zambezi Transfrontier Conservation Area.

Assistant Professor Raymond Danner is leading a team studying the wintering habits of two species of sparrows, with an eye on helping the North Carolina Wildlife Resources Commission enhance conservation efforts. The two-year study will focus on salt marsh and seaside sparrows that winter along the southeastern North Carolina coast. Most of the research will take place on Masonboro Island in the National Estuarine Research Reserve, but the project will also examine other North Carolina habitats.

The research of a UNCW associate professor and lab have been immortalized with the naming of two new sea squirt species in their honor. Sea squirts are a type of marine invertebrate. The species P. lopezlegentilae recognizes biology and marine biology Associate Professor Susanna López-Legentil for her work in ascidian, or sea squirt, genetics and systematics. The other species, P. imesa, was named in honor of the Integrated Molecular Ecology of Sponges and Ascidians Lab to acknowledge its contributions to ascidian molecular ecology. The lab is led by López-Legentil and Assistant Professor Patrick Erwin. López-Legentil was one of the first researchers to use molecular techniques, namely DNA sequencing, to delve into sea squirt genetics.

Till Wagner, assistant professor of physics and physical oceanography at UNCW, led an Arctic expedition to explore the relationship between the springtime sea ice melt and marine species that depend on the ocean for survival. The multi-institutional research team, which included UNCW faculty, staff and graduate and undergraduate students, investigated why the collapse of Arctic ice is happening faster than climate computer models predict.

Professor John Morrison’s nanosatellite, SeaHawk-1, launched in December 2018 aboard the SpaceX Falcon 9 rocket. It was one of the 64 satellites included in this flight, making it the company’s first dedicated ride-share mission for small satellites. The small but powerful device will expand UNCW’s marine research capabilities by providing a unique vantage point for observing the changing biology on the ocean’s surface and understanding key coastal processes and ecosystems. The high-resolution images collected by SeaHawk-1 will be made available at no cost to scientists around the world.

Psychology Professors Raymond Pitts and Christine Hughes are studying how acute and chronic exposure to the prescription opioid oxycodone affects specific reward processes involved in impulsive and risky behavior. Their research will specifically examine how psychoactive drugs can change an individual’s choices by changing the impact of the immediacy and/or size of the reward.

Both the Innovation Advisory Council in UNCW’s College of Health and Human Services and the Office of Innovation and Commercialization invited faculty and staff from various departments to submit their innovative proposals in the inaugural CHHS “Kickbox” initiative. Seventeen applicants and six teams were selected to participate in the program to compete for funding for their projects. The winner was Stacey Kolomer, the UNCW School of Social Work director and professor who pitched the development of an app called “Safe and Sound.” The app assists organizations in communicating with employees during a crisis and is a collaboration with UNCW’s Cameron School of Business Associate Professor Elizabeth Baker and students Codie Nichols and Tyler Hall. The idea for the app stemmed from Kolomer’s experience trying to check on faculty and staff during Hurricane Florence in September 2018.

The Next Generation of Researchers

Computer science Assistant Professor Toni Pence and Watson College of Education Assistant Professor James Stocker are working to inspire students from underrepresented groups to consider STEM careers through an immersive virtual reality experience. Students in the program will learn by stepping into the virtual shoes of a STEM occupation. They will encounter real-life problems that involve decision-making, applied learning and critical thinking skills. The project will focus initially on third-fifth grade students, but eventually could expand to middle school curriculum, Pence says.

Click here to see a PDF of this story