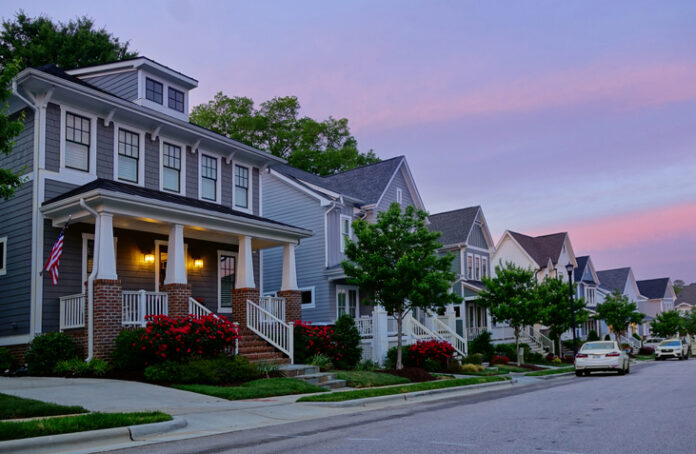 We are in a strange real estate market, those of us who live in metropolitan areas. Prices have been going up, homes have been getting multiple offers and they haven’t stayed on the market long. This is great if you own a home, not great if you are trying to buy one or even find an affordable place to rent.

Last week I sat in on a Zoom call while five regional real estate association executives talked about their markets in different parts of the country.  One of the executives was from Charlotte, and I was interested in what she had to say the most.  But it was interesting what the other folks had to say as well, from Northern Virginia, San Antonio, Denver and Las Vegas.

Real estate is a local market, subject to local economic conditions, such as employment levels and in-migration. But all markets are impacted by national and global factors as well:  interest rates and credit, the price of lumber and supply chain disruptions. Some of what I heard on the call was unique to specific markets and some of the themes were common to all the regions.

The median price of a home in her region is $391,000; the average price is $462,000. “Which is extremely high but, relatively speaking, I’m guessing, it’s probably lower than a lot of other markets.”

She says rising prices and interest rates may be slowing things down. Pending contract activity has been down in the region, year over year, for five months.

Inventory is starting to rise – it went up 20% from April to May – and that may be the result of prices bringing sellers out and buyers being “a little more conscious of their budgets.”

“Not that they’re going to have much more room to negotiate, but they may not buy if they really don’t have to,” says DeCatsye.  Pricing may moderate. “I don’t think we’re going to see a decrease in pricing. But I think we potentially will see somewhat of a slowdown in buyers.”

In multi-family, rents are keeping pace with mortgages “and it’s not affordable. “

Affordable housing has been an issue in the rapidly growing Charlotte region for decades. Charlotte’s Housing Trust Fund has invested more than $200 million over the past 20 years.  But there’s still a shortage of affordable housing at the lower end of the market.

Charlotte is in the middle of implementing its 2040 comprehensive plan to guide growth over the next two decades, and there’s debate about how that should play out – for example, should apartments, townhomes and other multi-family housing be allowed in single-family neighborhoods. How should trees be preserved and how many sidewalks are needed. The housing industry is highly regulated because communities want a certain kind of development, but rules and fees add to the cost of new homes. Around 100 people are moving to the Queen City each day, attracted by jobs, and they need some place to live.

“We’re going to have to really lean on local governments to come up with creative ideas with builders to develop affordable housing.  There’s no one-size-fits-all solution to the affordability issue,” she says.

I thought it might be interesting to share what the executives from around the country were saying about conditions in their markets, just for the sake of comparison.

The average price is $482,000, according to Wendy DiVecchio, CEO of the Greater Las Vegas Association of Realtors. That’s up from $375,000 in January 2021.  Tourism is a key driver of the economy, with more than 42 million annual visitors who support a third of the area’s jobs.  But the region has grown beyond the casinos and hotels, in large measure because of folks relocating from California, Arizona and Utah. The absence of a state income tax is a big draw.

Inventory is less than four and a half weeks, with a “little bit of an adjustment because interest rates are going up.”  But she doesn’t see demand slowing down.

“We have houses that hit the market and people are getting six and seven offers at anywhere from $30 to $50,000 over what it’s listed for.

“The members are saying, maybe, instead of the house getting 15 offers in 24 hours, maybe now 48 or 72 hours. It may slow down for a second or two just because of interest rates, but we feel like it’s going to keep maintaining like it has been for the rest of the year.”

One factor keeping inventory tight is investors buying up homes.  “They’re not putting them back on the market,” says DiVecchio. “They’re turning them into rentals.”

Ryan McLaughlin, CEO of the Northern Virginia Association of Realtors, said that there was less than a month’s worth of inventory in his market. That’s tighter than normal, but supply is typically tight in the region. He’s been there for seven years and never seen it higher than three months. In a balanced market, the number of home listings is typically equal to between four and six month’s worth of sales.

Some folks are wondering if we are being set up for another housing market collapse like in 2008. McLaughlin says conditions are different.

“Tighter lending standards is a huge reason that we don’t necessarily expect any sort of market crash like we experienced in 2008,” he says. Buyers are using more cash, so they are not over-leveraging or getting into “bad mortgages.”

“And there’s high demand, and that’s different than the oversupply that we experienced in the 2008 marketplace.”

Nobu Hata, CEO of the Denver Metro Association of Realtors, says the median price of a home is $615,000 and the average price is $715,000.  “Million dollars was considered luxury five, six years ago. That’s not the case.”

The Denver market is disproportionately impacted by inflation and out-of-market buyers because 70% of the workforce is blue collar. People from outside the region are buying homes in Denver and then second homes in the mountains. “People are coming from all over the country.”

Gilbert Gonzalez, CEO of the San Antonio Board of Realtors, says the average price in his south-central Texas market is $395,000, which is “much more affordable than other parts of the country.”

Days on market is 30 days, he says, and the inventory of homes for sale is around 1.4 months worth.

David Mildenberg - 06/15/2022 0
Someone wants to add toll lanes to the often-congested stretch of Interstate 77 between center-city Charlotte and the South Carolina state line. But that party doesn’t want its name in the public yet. So...
Read more
Share
Facebook
Twitter
Linkedin
Email
Previous articleNovant wants to build hospital in Buncombe
Next articleLiquidia names new chief medical officer