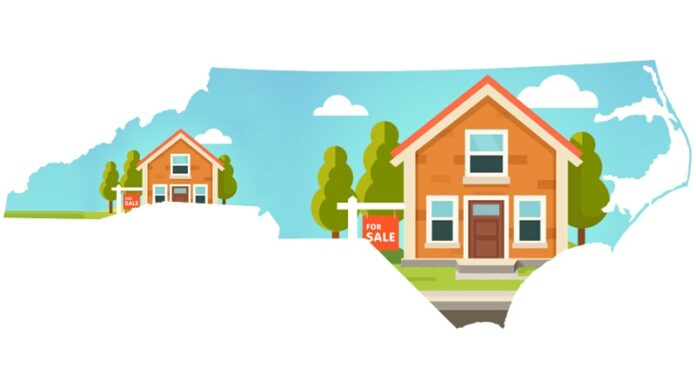 Though 2020 proved to be a challenging year because of the pandemic and resulting economic strife, historically low interest rates and strong inmigration created a boom in North Carolina real estate values. Population growth in the Old North State over the last decade exceeded that in all other states east of the Mississippi River except Florida and South Carolina, with the population gaining nearly 1% last year to 10.6 million, according to the Carolina Population Center.

North Carolina ranked No. 6 in United Van Lines’ recent study of top states for inbound residents in 2020. Despite stay-at-home orders issued on a statewide level in the spring, Realtors were considered essential workers and remained active, though plummeting inventory has become one of the industry’s biggest challenges. “Demand is high while supply remains low,” says Mark Zimmerman, senior vice president of external affairs for nonprofit trade association NC Realtors. 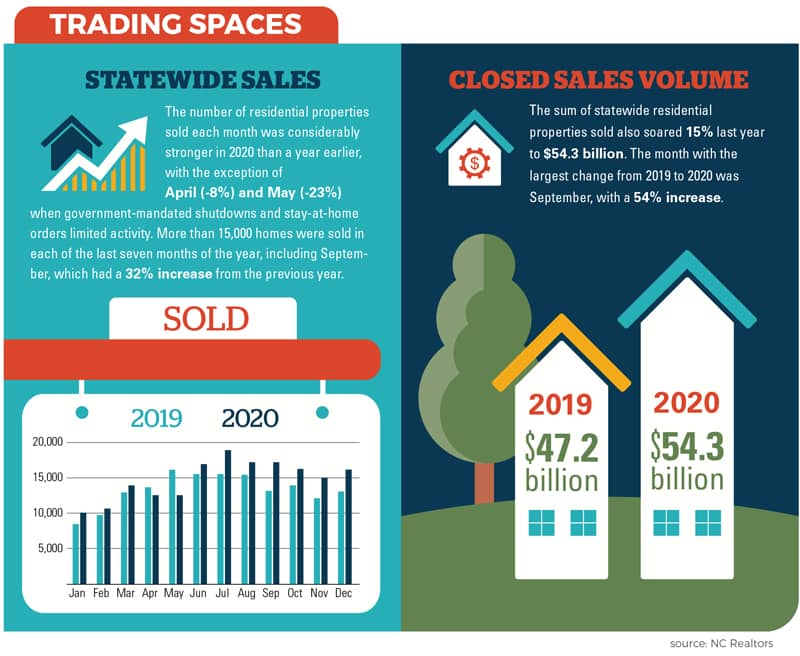 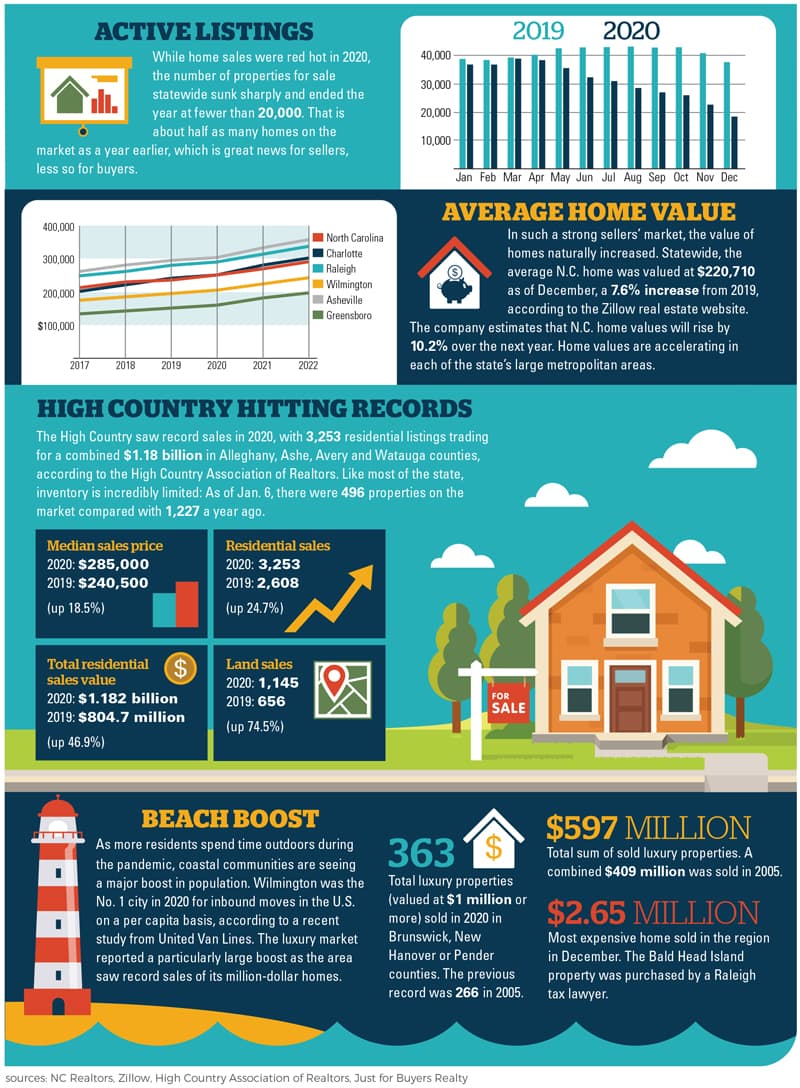