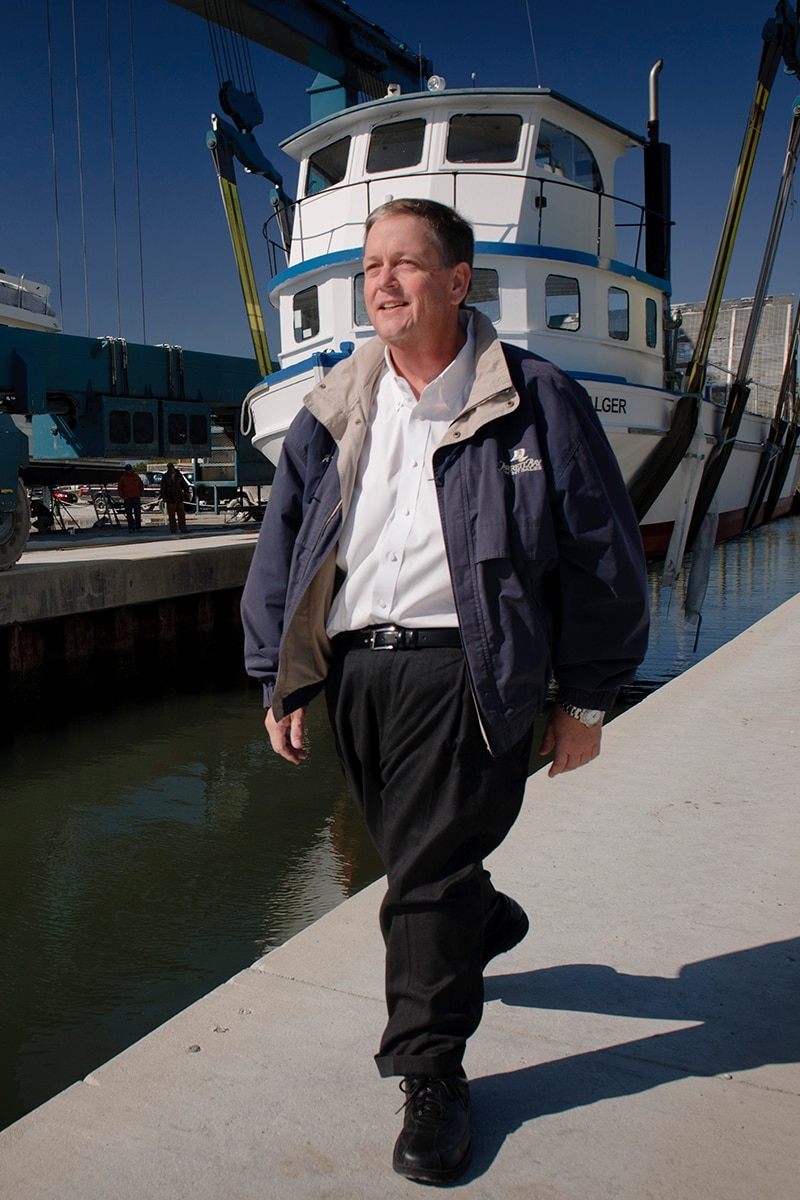 Building boats was always a bigger ambition for Ramsey than academic credentials, so he’s the first to say that becoming chairman of the board of governors of one of the nation’s largest public university systems was an unexpected result.

“When I graduated from high school, I had a clear path in mind what I wanted to do for a career,” says Ramsey, chosen for the job after former Chairman Harry Smith resigned in November. “I was academically prepared for a four-year school, but that would have postponed my career ambitions. So I went to Carteret Community College to study diesel mechanics and marine propulsion.”

Today, Beaufort-based Jarrett Bay Boatworks and Bluewater Yacht Sales have custom built more than 100 boats and service more than 1,000 boats annually. The companies employ about 250 and don’t disclose financial details, but recent sales of individual boats have ranged from about $200,000 to more than $21 million.

Ramsey grew up in a fishing family, and he got his Coast Guard license to operate charters when he was 18. After graduating from community college in 1981, he learned banks wouldn’t lend him money to buy a charter boat, so he borrowed from two customers to build his own, the 52-foot Sensation.
“Our company is the American dream but also the North Carolina dream,” he says. “We sprouted from very humble beginnings. After building my own boat, we built another for a working man and just continued in the business.”

Ramsey’s father was a former president of the N.C. Jaycees. “I saw how rewarding it was to give back to your community.” So he became involved in the N.C. Chamber’s affiliation with the National Association of Manufacturers, which named Jarrett Bay as the state’s manufacturer of the year in 2015. While his father didn’t attend college, several uncles did.

“At family reunions, the men had all gone to N.C. State, and my mother’s side of the family had gone to Chapel Hill,” he says. “I wanted to be one of the guys, so I sided with State.” Though not an alumnus, Ramsey became a Wolfpack Club director and — with his wife, Tiffany — the largest single donors to N.C. State’s athletics endowment. After serving on the N.C. State board of trustees from 2009 to 2016, he was appointed to the UNC System board in 2017.

“My tenure on the board has been anything but boring,” Ramsey quips, adding that he considers the divisions exaggerated. “The board is made up of 24 extremely successful people who all want the same goal: to increase access to our schools at the lowest cost possible. If you look at it from 30,000 feet, you’ll find us 100% committed to those goals,” along with ensuring the success of the state’s historically black colleges and universities.

Ramsey has other goals, including strengthening links between community colleges and four-year schools. “We need to use them as vehicles to allow students to graduate from our universities with less debt, in less amount of time and provide greater access to students from [low-income] counties,” he says. In his own case, it has been 38 years since his own community college days. “Then, and even today, looking back, it was the right choice.”