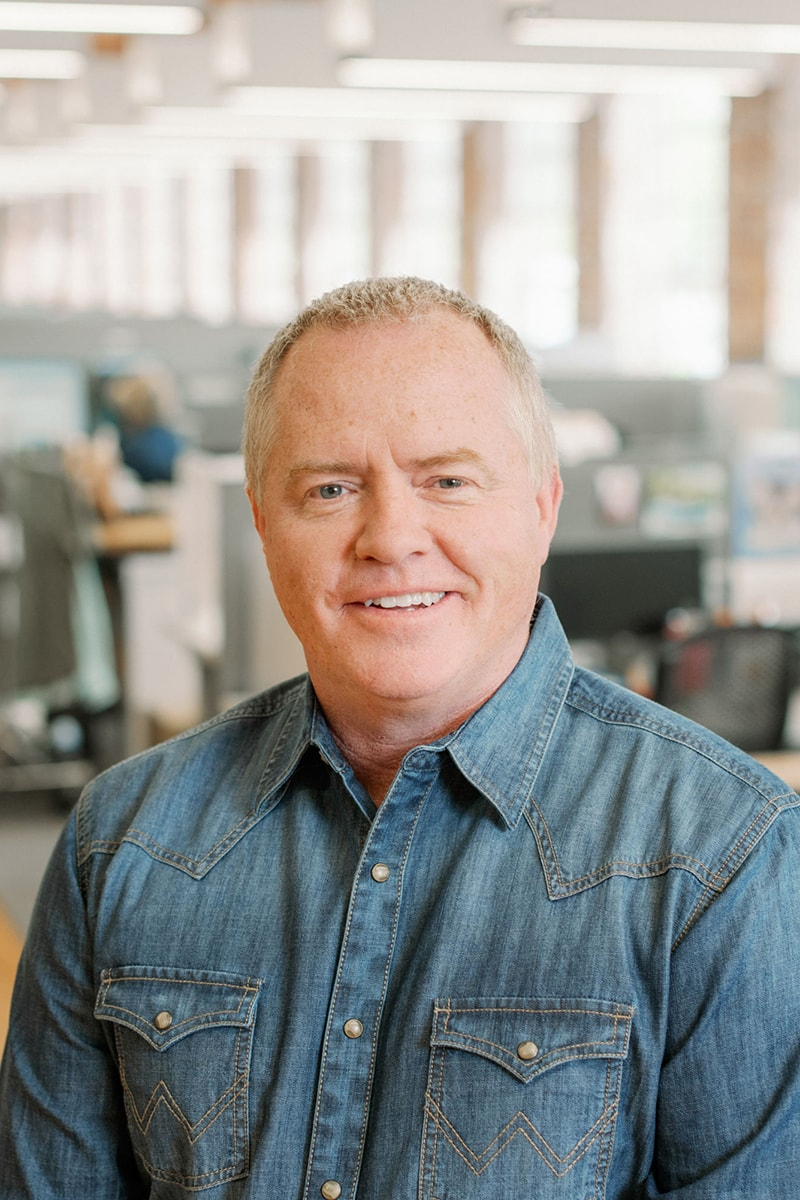 While Kontoor Brands is a new name, its leader and business aren’t newbies. VF Corp. spun off the business last May, leaving Kontoor with iconic brands Wrangler and Lee and newer ones such as Rock & Republic. Baxter has more than 30 years of experience at PepsiCo, The Home Depot, Nestle and VF, where he previously was Americas West group president overseeing The North Face and other brands. His first year as CEO wasn’t easy, with profit declining 62% during the first half of the fiscal year on a 6% sales decrease. But he says the company is setting the foundation for long-term operational success. Shares have performed well, trading near a record price in early January. The University of Toledo graduate, who earned his MBA at Northwestern University, is a director of the Piedmont Triad Partnership and on the board of Greater Greensboro Community Foundation.

What were some highlights of the post-spinoff year?

We’re proud of everyone on our team and what we’ve accomplished. We’ve established Kontoor as a world-class company. We’ve made meaningful progress at establishing an operational foundation for long-term growth, bringing best-in-class products to market. I’m most grateful for our 15,000 employees.

Are you happy with your sales and stock performances?

We believe in our strategy and are confident Kontoor is well-positioned for success as a standalone organization. What’s important is that we remain sharply focused on our total shareholder approach and on consistently doing the right thing, even when it’s hard.

What did you learn in your first year?

Trust your team, seek balance for you and your team, have the courage to make decisions, display compassion and empathy, and create a culture based on positive intent.

How is North Carolina as a place to put down roots?

I’d led the jeanswear business in Greensboro previously, so my family and I were excited to return. Now, I embrace the opportunity to ensure Kontoor is an active, engaged corporate citizen. We take our corporate and social responsibility seriously.

What are some key challenges facing the state?

We recruit and hire hundreds of new employees, and we often hear that our region is a great place to live with its many parks, family recreation, affordable costs of living, school choices and reasonable commutes. But we must work with other leaders and companies to retain students from local colleges, community colleges and universities. As a global business with operations in more than 50 countries, improved air travel is important for our employees, customers and partners.

VF moved its headquarters to Denver, leaving some people nervous. Is Kontoor here to stay?

Greensboro has played a unique role in transforming the blue jean into an international icon, and Wrangler got its start here more than 75 years ago. We’re proud to call Greensboro home. We are absolutely committed to the community, region and North Carolina. Kontoor is here to stay.

Why the name Kontoor?

It’s a creative variation of “contour,” the idea of a perfect fit, which speaks to the heritage of our brands. It provides us the opportunity to advance our portfolio in the future.