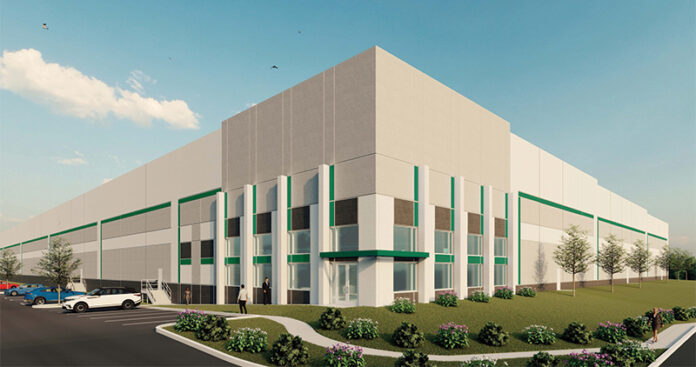 There’s 475 acres beside Interstate 95 in Johnston County that developer Kevin Dougherty and his company, AdVenture Development, are trying to turn into a mixed-use project — with retail, homes, hotels, and industrial and office buildings. If everything is built in seven to 10 years, there may be 3 million square feet.

This project has been in planning stages for years. Dougherty, 61, broke ground in August on a 135,000-square-foot industrial building. I was curious why a Pittsburgh developer landed in Selma, N.C., 17 years ago and has been trying for much of that time to develop this property. More on that in a moment.

I went to the groundbreaking in part because I wanted to see who was there. Attendees included a county commissioner, the Selma mayor, Johnston County’s economic development director and a representative of the local chamber, Triangle East. After living in Johnston County for 25 years, when someone tells you they’re going to build 3 million square feet in Selma, you want to see who else thinks this might happen. There was a lot of earth-moving equipment drowning out the ceremony at times, which is what you want to hear. I’m not skeptical of Dougherty. I’m just cautious, because Johnston is two counties in one.

The west side of the county, anchored by Clayton, has been a booming suburb of Raleigh, with a 63% population growth in the last decade. Commercial development does fine.

The less prosperous eastern towns of Smithfield and Selma, former textile and tobacco hubs, haven’t experienced much growth — a few hundred residents each in the last decade. That is the reason Dougherty’s project, called Eastfield Crossing, is viewed as a big deal.

Dougherty came down from Pittsburgh to work in commercial real estate in Charlotte in the 1980s. That’s where he met his future wife, Hope Lane Toler of Johnston County, who was an English instructor at a community college.

“To me, it’s a God thing,” says Dougherty. “There were so many possible choices, going left, going right. We have four kids today, you know. If we don’t meet … Her going to Charlotte had its own path. She had to choose.”

A bunch of other things had to fall into place first. After graduating in 1982 from John Carroll University, a Jesuit school outside Cleveland, he started his career with a commercial real-estate mortgage company in Pittsburgh: Carey, Kramer, Crouse & Associates. “If Bob Carey, John Kramer, [and] Dick Crouse had been in the shoe business, I’d be in the shoe business today,” says Dougherty. “They taught me the real-estate business and literally mentored me.” Mortgage banking is good experience for a future developer because no dirt moves without financing.

In 1986, he took a retail development job at Charter Properties, the Charlotte-based real estate arm of the Close family’s textile empire.

A couple of years passed. He and Hope met and got married. For several years, Dougherty and a college friend, Guy DeRienzo, had discussed starting their own company. In 1990, they launched Michael Joseph Development Corp., their middle names, which was based back in Pittsburgh.

Their break came when they connected with Patsy Graziano, an old-school Pittsburgh construction magnate, and his son-in-law, Ralph Pampena. Graziano extended them a $250,000 credit line. Their first building was an 88,000-square-foot medical building.

Their funders helped with cost estimates for the project. “I knew the finance side. Guy knew the leasing. Neither one of us were that strong on the building, contracting, development cost side. So having them there was a huge help.”

Dougherty and his partner spent 14 years developing 2 million square feet of real estate. Starting in 2004, they sold their portfolio; Dougherty and his family were returning to North Carolina. “I promised my wife no more than 10 years in Pittsburgh,” which stretched to almost 15. Their oldest daughter was entering the eighth grade, “so it was like if we didn’t move, then we’re going to be [here] another 10 years.”

They considered Wilmington, Charlotte, Winston-Salem and Raleigh. But Hope’s aunt asked if they would consider reassembling her great-grandfather’s farm in Johnston County, which has been split up. His wife was able to pull it off, Dougherty says, because all the relatives liked her.

They had left Pittsburgh, but he had unfinished business there, it turned out. Shortly after they arrived in Johnston, 135 prime acres north of Pittsburgh became available. The land had been tied up in lawsuits for years. Dougherty knew the property well. “I’d drive by it and say, ‘Dad, what are they going to do there? Someday, somebody’s going to do something,’” he recalls. “Then they called me in 2005 and said, hey, we settled our suit; are you still interested?”

Still, Dougherty remained intrigued by land on the east side of Interstate 95 near his new home. Hundreds of acres of forest and farmland sat next to one of the busiest interstates in the country and another major road, U.S. 70.

What really got his attention was the U.S. 70 bridge at the Interstate 95 interchange. “One day, I’m driving over this Highway 70, and I’m going, ‘Holy smokes. This has six lanes crossing 95. They were really thinking big.’”

He initially acquired 10 acres for a small retail project. But he studied the demographics, learning that Johnston’s population doubled between 1990 and 2010. There was no sign of a slowdown.

The site, halfway between Maine and Miami, also has 35,000 to 40,000 cars going by each day on I-95. Manufacturers would find it convenient to East Coast markets. And there was a regional market of folks who flocked to the nearby Carolina Premium Outletsin Smithfield.

Dougherty had acquired more than 20 parcels and assembled 180 acres. When the property received an Opportunity Zone designation, he stepped up the plan to 475 acres. That program is intended to channel investment to low-income areas, which made it more attractive to funders looking to shelter capital gains.

The first industrial building is targeted for a March opening. Dougherty is now lining up seven retailers with an April 2023 opening. He expects to have a hotel open in 2023 as well. He is planning 1.5 million square feet of industrial and 200,000 square feet of medical space. There would be hundreds of senior living, single-family and multifamily homes. Around the corner, he is planning a food hall.

Besides his track record, Dougherty assembled a team of 10 experienced real-estate folks at a renovated, 105-year-old building in downtown Selma. Several are Dougherty’s roommates from John Carroll who came down here to work with him. They wouldn’t be in Selma if they didn’t think this was real.

Eastfield Crossing may wind up being nearly three times as large as McCandless Crossing in the Pittsburgh suburbs. It has the potential to bring thousands of jobs and investment to Selma, where 35% of the town’s residents live in poverty and the median household income is about half the state average.

The property was voluntarily annexed into Selma, and Dougherty says “at full buildout, we’re going to be the largest taxpayer” in the town. He projects it could generate between 3,500 and 5,500 jobs.

“That’s where I get excited,” says Dougherty, “when you help change an economy.” ■